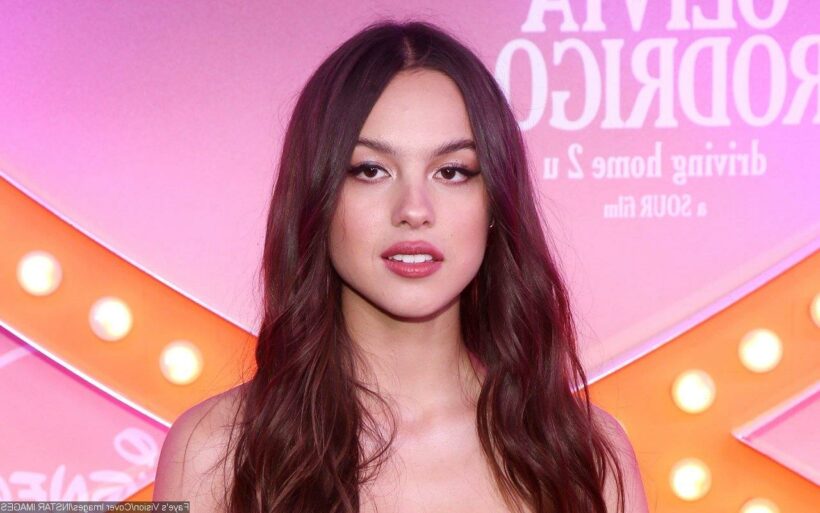 In the wake of the Texas gun massacre, the 19-year-old Grammy winner takes to her Los Angeles concert to stress that ‘we need stricter gun control laws in America.’

AceShowbiz – Olivia Rodrigo has called for stricter gun laws following a school shooting in the US. The “Drivers License” singer has been left “heartbroken” by the tragedy, during which 19 children and two teachers were shot dead when an 18-year-old gunman opened fire at Robb Elementary School in the city of Uvalde in Texas on Tuesday, May 24.

During her performance at Los Angeles’ Greek Theater this week, Olivia told the crowd, “We should never have to worry about our safety or our lives in places that are dedicated to our learning and growing.” She added, “And I’m so heartbroken that this is the reality that we’re living in – and we need stricter gun control laws in America.”

Olivia’s comments come after several stars hit out at the country’s gun laws following the mass shooting. Earlier this week, fellow singer Taylor Swift admitted she is “filled with rage and grief” after the horrific incident.

Sharing a video of NBA coach Steve Kerr‘s passionate plea for tighter gun control, Taylor tweeted, “Filled with rage and grief, and so broken by the murders in Uvalde.” She continued, “By Buffalo, Laguna Woods and so many others. By the ways in which we, as a nation, have become conditioned to unfathomable and unbearable heartbreak. Steve’s words ring so true and cut so deep.”

Golden State Warriors coach Kerr emotionally urged politicians to take action as he blasted the “pathetic” state of affairs, and refused to discuss basketball during his press conference. He said, “I’m tired. I’m so tired of getting up here and offering condolences to the devastated families that are out there.”

“I’m so tired of the – I’m sorry – I’m tired of the moments of silence. Enough,” he pleaded. “I ask all of you senators who refuse to do anything about the violence and school shootings and supermarket shootings, I ask you, ‘Are you going to put your own desire for power ahead of the lives of our children and our elderly and our churchgoers?’ Because that’s what it looks like.”