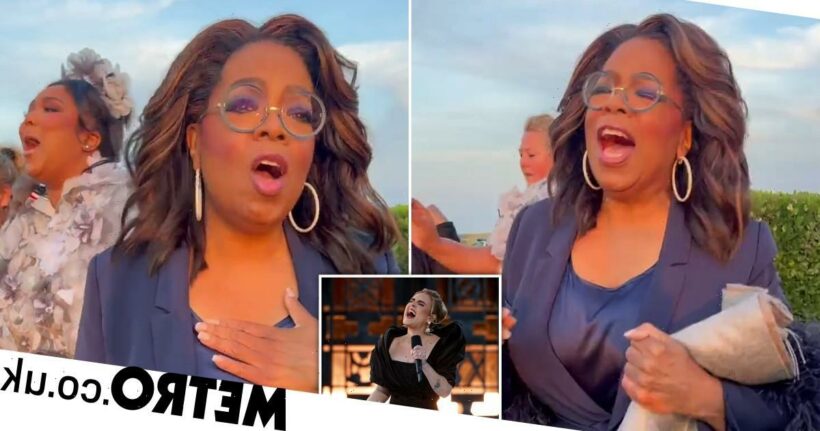 Oprah Winfrey is a media icon, a billionaire and is one letter away from achieving an EGOT – but when it comes to attending concerts, she’s surprisingly relatable.

The 67-year-old shared a clip of herself enjoying Adele’s concert at Griffith Observatory in Los Angeles, and despite the singer being one of the world’s biggest artists, Oprah still couldn’t quite get her lyrics correct.

In the clip, the media mogul swayed along to Adele singing her number one hit Hello, with Lizzo belting out the chorus alongside her.

While the Juice singer had the lyrics down, Oprah might have needed a karaoke screen to perfect the chorus.

Still, she gave it her best shot, and we’re still disgustingly jealous that she enjoyed the gig with Lizzo. 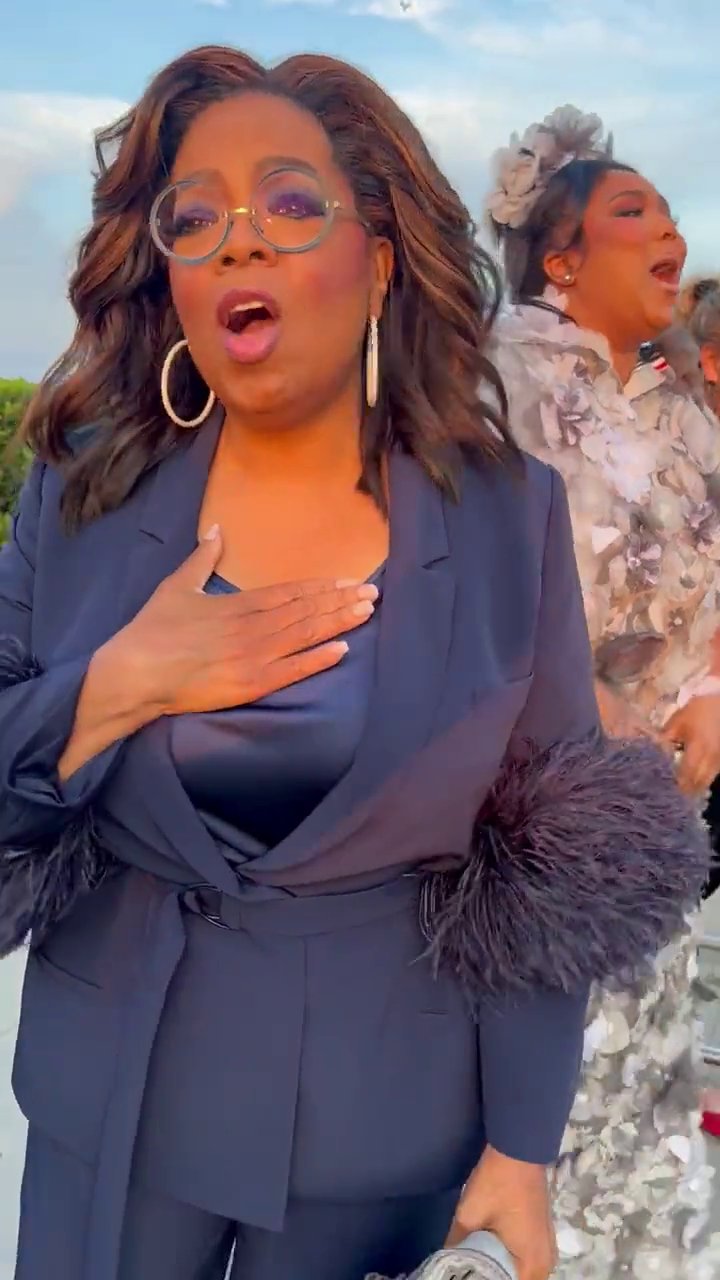 Oprah tweeted the clip with the caption: ‘@adele had us at hello! @lizzo what concert are we going to next?! #AdeleOneNightOnly.’

The concert was taped last month for the CBS special Adele: One Night Only, with stars including Leonardo DiCaprio, Drake, Melissa McCarthy, Ellen DeGeneres, Kris Jenner and James Corden in attendance.

The performance, which featured songs from Adele’s upcoming fourth album 30 as well as old favourites, aired on CBS in the States overnight, and was interspersed with an interview between Adele and Oprah.

Set in the same rose garden where she infamously grilled Prince Harry and Meghan Markle, Oprah asked Adele about her divorce from Simon Konecki, her new relationship with Rich Paul, and the backlash to her seven stone weight loss.

The special came ahead of Adele’s ITV special An Audience With, and the release of 30, with the album coming out this Friday,

The album is inspired by the singer’s recent divorce from Konecki, and the 33-year-old admitted during the interview that she is so open in her music because she wants her listeners to relate.

The Easy On Me singer said: ‘Music helps me in many situations, and I would like to do the same for people… to be reminded that they’re not alone.

‘There were moments when I was writing the record, or I would listen back to something and be like, “That might be a bit too private.” But nothing is as scary as what I’ve been through over the last two [or] three years behind closed doors. So I’m not frightened.’

30 is expected to hit number one the world over, after the lead single Easy On Me shattered single-day streaming records upon its release last month.