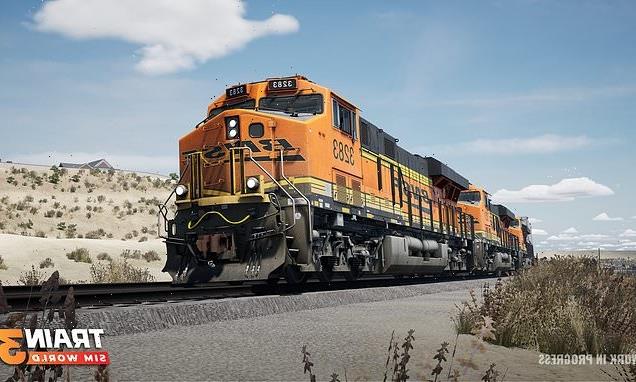 At last, a rail journey you can actually enjoy: PETER HOSKIN reviews Train Sim World 3 and Return To Monkey Island

I’m unfamiliar with this world they call Train Sim World 3. I didn’t play either of the first two games, and I’m only into trains as much as the next person who gives a passing smile to big, chugging machines going past them at high speeds.

So what is there here for me? A lot, it turns out. Within minutes, I was stood in front of not just any train but the train that I use in my commutes from and to South London. The same livery. The same naff upholstery. The same iffy smells, almost.

Rather than unfamiliarity, Train Sim World 3 is actually full of the joy of recognition. The aim of the game is to take digital trains along real-life routes — the south-east corner of Britain, the dusty freight-lines of California, the super-speeds of the German network — all from the driver’s chair. 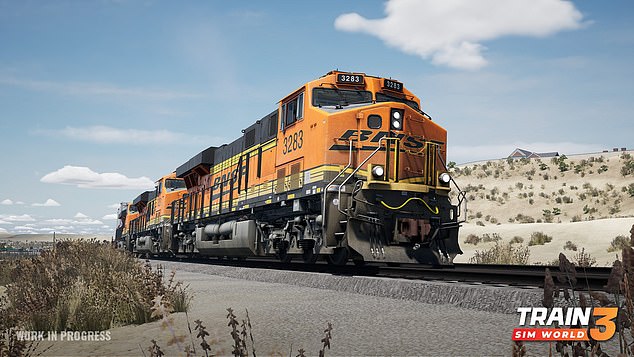 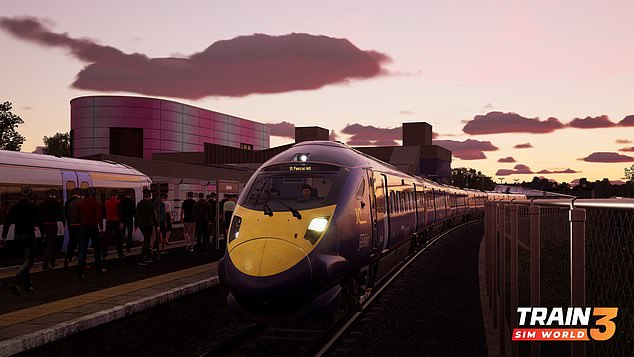 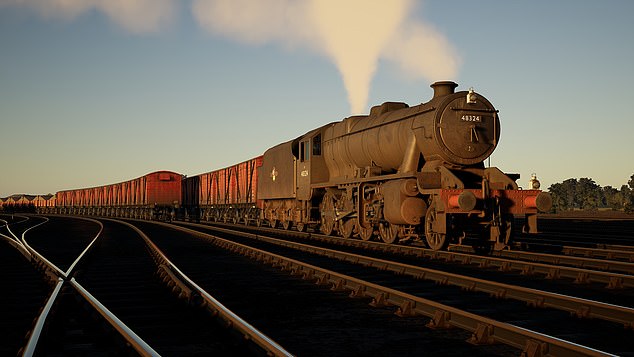 Peter Hoskin: The aim of the game is to take digital trains along real-life routes — the south-east corner of Britain, the dusty freight-lines of California, the super-speeds of the German network — all from the driver’s chair

But, really, this is about the sound the passenger doors make when you shut them from your cabin, or the sight of rainfall streaming from your front window. It’s one of the purest simulations I’ve ever encountered.

It helps that Train Sim World 3 is beautiful. Not beautiful in the photorealistic, Call Of Duty sense — there are plenty of times when the graphics are a bit buggy — but in the sense that the game knows how to paint big (and often threatening) skies above your head. It gets the colours and the feelings spot on.

And it helps, too, that it is all so welcoming. Everything is, in a way, a tutorial — for different types of trains in different situations — until it lets go of your throttle hand and lets you choo-choo freely. There are plenty of additional engines and tracks for seasoned drivers (although, it should be said, some of them require extra payment).

If you are one of those seasoned sorts, or just a straightforward train nerd, you can add an extra star on to this review’s rating.

As for me, I’m on my way to joining you. Just got to let off some passengers at Rochester first.

Ah, Monkey Island, it’s been a while. Thirteen years, in fact, since I played the fifth game in the series, 2009’s Tales Of Monkey Island.

Actually, scrub that. This Return To Monkey Island is a return to even earlier times: back to the 1990s and the beloved first two games.

Those were made in large part by Ron Gilbert and Dave Grossman, who then sailed on to different shores. This one brings them back to Monkey Island — with us in steerage.

And so Return To Monkey Island feels like the closing part of a trilogy that, for decades, lacked a closing part. 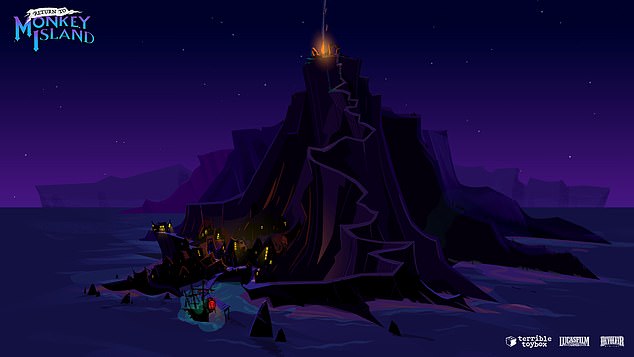 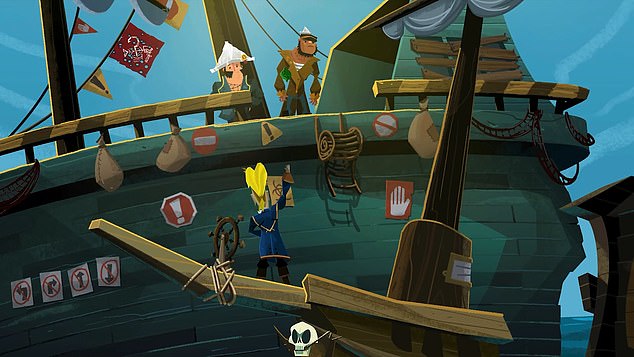 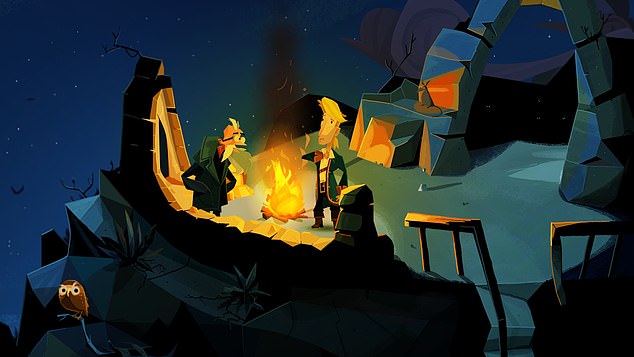 Peter Hoskin: ‘Return to Monkey Island isn’t just for the old-and-creakies. Good scriptwork and gameplay are, after all, generation-spanning pleasures. And much has been done to update things, with modern conveniences and a new art style that grows on you like a barnacle’

Here, again, is the charmingly hapless pirate Guybrush Threepwood, now greyer of hair if not of spirit.

And here, again, is his love, Elaine Marley; his nemesis, the ghastly (and ghostly) LeChuck; and, of course, mysterious Monkey Island itself.

If all that sounds like an exercise in nostalgia, well, to some extent, it is. There’s much here that will be familiar to timeworn explorers, including the snappy, self-referential script and the point-and-click progression from puzzle to puzzle.

But Return to Monkey Island isn’t just for the old-and-creakies. Good scriptwork and gameplay are, after all, generation-spanning pleasures. And much has been done to update things, with modern conveniences and a new art style that grows on you like a barnacle.

So welcome back, Ron Gilbert and Dave Grossman, along with Guy, Elaine, LeChuck, Wally, Stan, and all the rest. These really are — I believe the phrase is — me hearties.