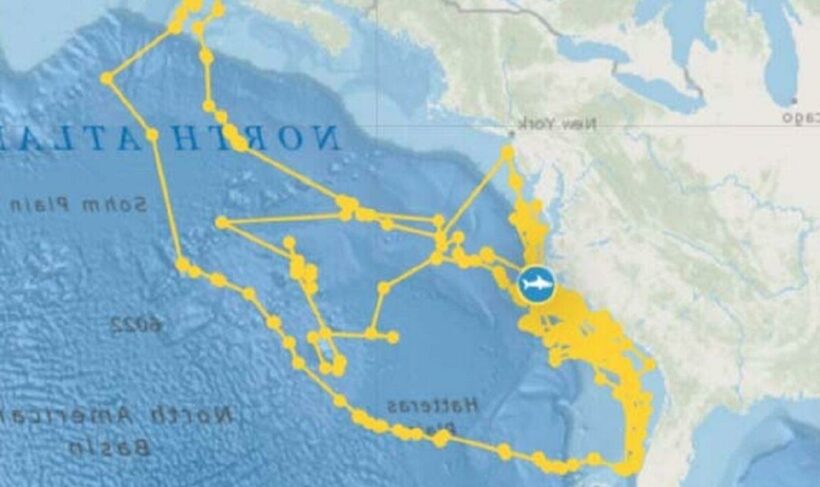 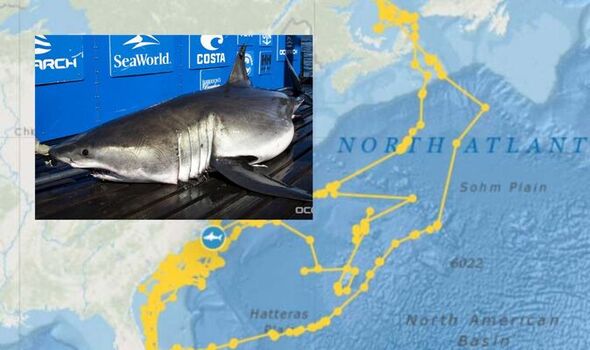 A great white shark fitted with GPS tracker drew a ‘self-portrait’ in the Atlantic Ocean. The 13ft predator named Breton was the first shark to be tagged during charity OCEARCH’s expedition to Nova Scotia in 2020.

Whenever he surfaces for sufficient time, the tag in his dorsal fin ‘pings’ a GPS location back to shark trackers at the science organisation.

The 1,437lb creature has travelled along the US East Coast off New Jersey, Chincoteague, Virginia and Long Bay, South Carolina.

And his movements have mapped out the shape of a shark, during his 444-day journey.

Breton’s location was first tagged on September 12, 2020 at 1am at Scaterie Island, Nova Scotia. 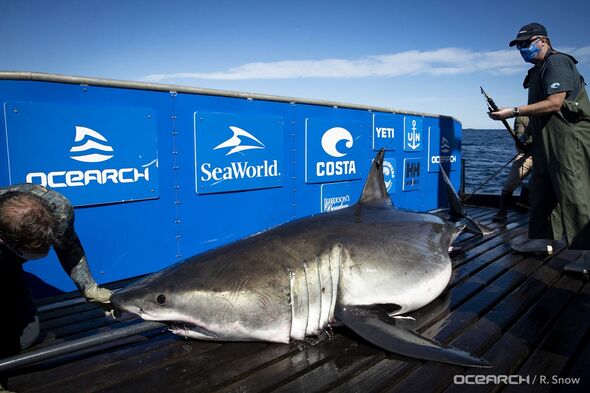 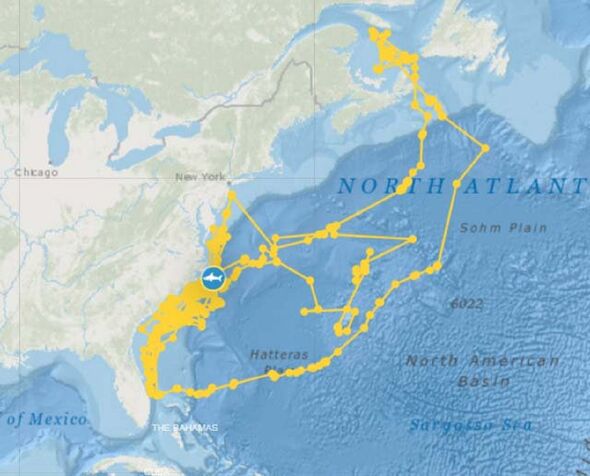 Recently, Breton has been tagged on September 21, 2022 at 3.29am off the coast of Baie de Plaisance, Quebec.

OCEARCH is a global non-profit organisation conducting research in order to collect data to analyse the shark’s behaviour and contribute to public safety.

The team observes, captures, tags and then releases the animals and then uses tracking data to learn about their ecosystems, while data is also shared with public governmental bodies. 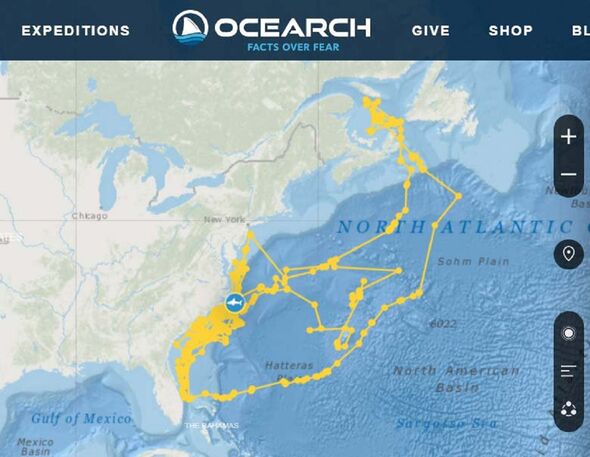 In a recent paper published in the scientific journal Frontiers in Marine Science, OCEARCH and its collaborative research team provided a comprehensive analysis of the movements and migrations of white sharks in the western North Atlantic, over multiple years and life stages.

Using the dataset from a combination of animal tracking technologies, the study analyzed the movement patterns of 48 white sharks tagged at different locations along the US and Canadian Atlantic coasts.

Dr. Bryan Franks, Associate Professor of Marine Science at Jacksonville University explained: “By collecting vital data for understanding the ecology and life history of white sharks in the western North Atlantic, we have identified this population’s critical habitats, and the linkages between these habitats, as the animals grow and thrive.”

The study’s lead author added: “These results are invaluable in developing effective management and conservation strategies in the face of a changing ocean, for the good of the sharks, their ecosystem, and ultimately, us.”