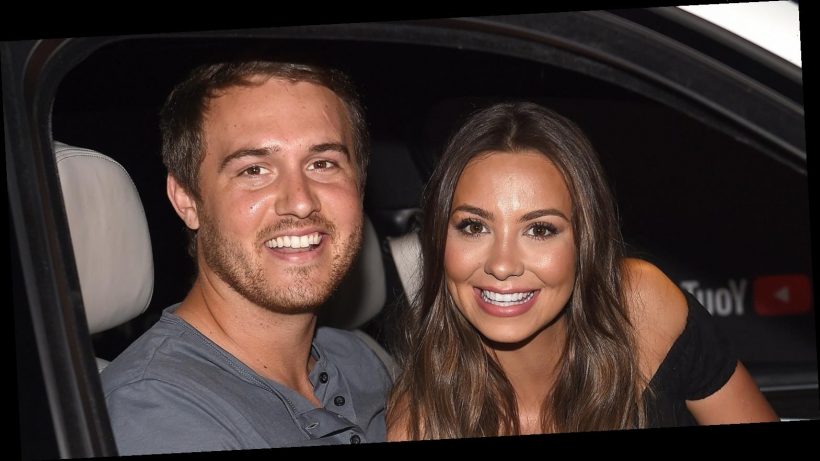 Giving it another shot? Peter Weber and Kelley Flanagan were spotted partying together in Tampa, Florida, one month after announcing their split.

A Bachelor fan account reposted a video of the reality stars at a club together on Saturday, February 6. Weber, 29, led Flanagan, 28, through the crowd while dancing in the clip. In an accompanying photo, she pulled down her mask amid the coronavirus pandemic and got close to him, although his face was not visible.

Kelsey Weier, who competed alongside the attorney on Weber’s season of The Bachelor, shared an Instagram photo of herself and Flanagan posing on a boat in front of fireworks on Saturday. The Iowa native, 29, also posted a video of the pilot and fellow Bachelorette alums Jason Tartick and Blake Horstmann playing flag football ahead of the Super Bowl, which is set to take place in Tampa on Sunday, February 7.

Weber confirmed his split from Flanagan in December 2020. “Love is a funny thing. It can make you feel on top of the world and it can make you feel a pain you wish didn’t exist. I’m here to share that Kelley and I have decided to go our separate ways,” he wrote via Instagram at the time. “While our relationship was filled with countless beautiful memories, our relationship simply didn’t work out in the end. Kelley is someone I will always have a special love for. Someone I have learned more from than she will ever understand. Someone I am so thankful came into my life and someone who I will always wish all of life’s greatest blessings on. These moments in life always hurt, but in my opinion that shows you it was worth the time you spent together. Thank you Kelley.”

Flanagan, for her part, addressed the breakup in January. “Peter and I had some unbelievable times together and they will definitely be missed,” she captioned an Instagram post. “Unfortunately him and I are in two different stages of our lives and saw our future paths differently. I wish Peter the absolute best and want to thank everyone for your continued support as I move on to my next chapter.”

‘Bachelor’ Couples Who Got Together Outside the Show

A source told Us Weekly last month that the split, which Weber initiated, was “tough” for both sides. “Their personalities just didn’t mix — that was a big factor for the breakup,” the insider revealed, noting that he “would never cheat” on her amid infidelity rumors. “They also fought and had many disagreements and didn’t see eye to eye at times.”

While Flanagan divulged in January — the same month she and Weber unfollowed each other on Instagram — that she “would definitely consider” looking for love as the Bachelorette if asked, a source revealed days earlier that the California native “isn’t thinking about dating right now.”

Before their split, the couple had planned to move to New York City together. Weber ended up relocating to the Big Apple last month, and Flanagan revealed in January that she still plans to move to Manhattan despite the breakup.