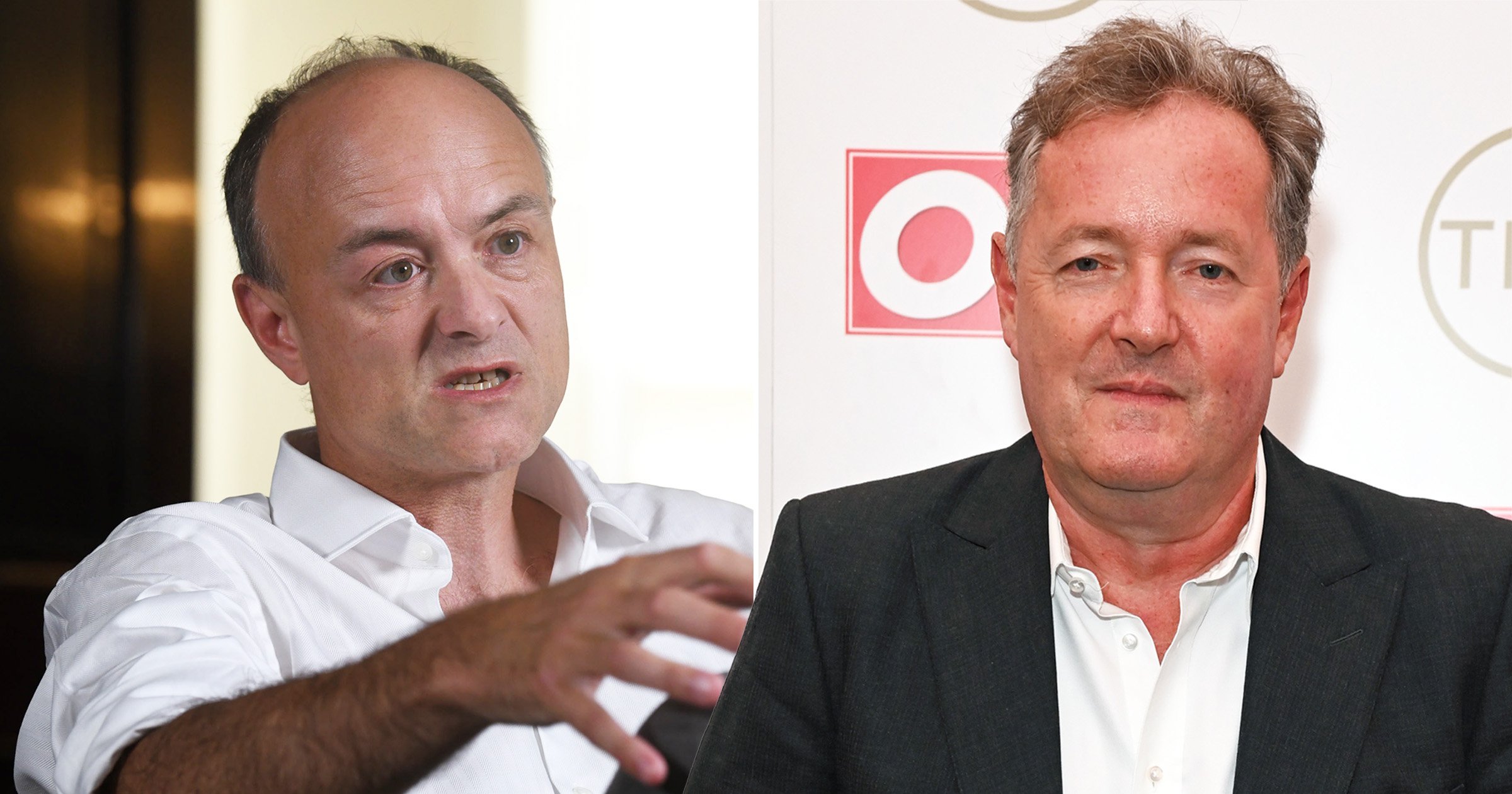 Piers Morgan has branded former Government strategist Dominic Cummings ‘gutless and pathetic’ as they got into a late night Twitter spat.

There’s no love lost between Piers and Cummings as the latter is believed to have advised senior Government ministers to boycott Good Morning Britain throughout the Covid pandemic.

It was around six months before former Health Secretary Matt Hancock broke the ban with his return to the ITV breakfast programme in November. However, Prime Minister Boris Johnson still has not made an appearance on the show in more than four years.

On Tuesday evening, Piers, 56, reacted to footage of Cummings, 49, calling his former boss, the Prime Minister, a ‘joke’ when asked about the Government’s response to the pandemic by Sky News.

Piers tweeted: ‘REMINDER: it was Cummings (and his Muttley, Lee Cain) who ordered the 8-month ban on ministers appearing on @GMB because we were holding them to ferocious account for all the deadly mistakes they were making last year in the pandemic.’

Cummings, who resigned from his position as Mr Johnson’s advisor in November, replied: ‘I banned them cos we all had better things to do, like control the fkd [shopping cart], than waste our time on a vain tool shouting angry soundbites and calling it “news”.’

However, Piers retorted: ‘a) I don’t think you’re in any position to throw around the ‘vain tool’ slur…