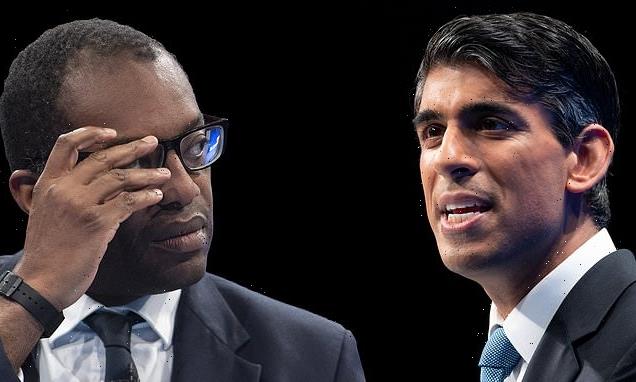 Prove you need help: Companies will be means tested if they request assistance with soaring gas prices after Rishi Sunak rules out blanket bailout

Firms seeking help with soaring gas prices will be ‘means-tested’ after the Chancellor ruled out a blanket bailout.

Rishi Sunak has bowed to pressure from Boris Johnson to examine the case for helping firms struggling to cope with gas prices which have more than quadrupled in recent weeks.

Businesses in energy-intensive sectors such as steel, chemicals and paper say they need urgent help to stay afloat.

Last night, Mr Sunak insisted taxpayers’ cash is only handed to firms at genuine risk of going to the wall.

The move raises questions about whether firms with wealthy foreign owners will receive help just because they are in hard-hit sectors.

British Steel, for example, is owned by the Chinese giant Jingye Group – recently named one of the world’s biggest companies after recording global revenues of £24billion last year.

He said: ‘Have they recently paid dividends? Are they paying big bonuses? We’ll need to understand the detail rather than just knee-jerk to a taxpayer response.’

A final decision on which, if any, firms should be helped is unlikely before at least the end of this week.

Sources said any help would be in the ‘low hundreds of millions’ rather than the billions sought by some.

A Treasury source slapped down Mr Kwarteng on Sunday after he claimed bailout talks were underway, saying it was ‘not the first time’ he had ‘made things up in interviews’.

The boss of the UK’s biggest dairy company has warned of rising prices and missed deliveries of milk to stores and customers.

Ash Amirahmadi, managing director of Arla Foods, said that just getting milk to supermarkets is a ‘real challenge’.

By contrast, farmers around the country have been complaining about having to pour it away because there are not enough tanker drivers to make collections.

Farmer-owned Arla supplies butter, spreads and cheese, as well as milk, to stores – but like other industries has been hampered by a shortage of lorry drivers.

Mr Amirahmadi told Sky News: ‘We are very mechanised when it comes to our production of milk and dairy products… but we need drivers to take that to the shops.’

He added: ‘On average we’re delivering to about 2,300 shops a day, and we’re regularly not able to deliver to about 10 per cent of our shops.

Whitehall sniping continued yesterday, with one Treasury source telling the Conservative Home website Mr Kwarteng ‘saunters in without having done his paperwork’.

But the Prime Minister sided with Mr Kwarteng on Monday, with No 10 saying it was right to look at the case for state assistance.

A Whitehall source said the Government did not want ‘viable firms’ to be lost to a ‘temporary crisis’, adding: ‘There is a real danger of factories closing permanently and thousands of jobs being lost if we don’t do something.’

Treasury officials yesterday insisted the Chancellor accepts some industries faced ‘unique and acute’ pressures because of soaring gas prices. Any assistance will be limited to ‘energy-intensive’ sectors.

Ministers are not planning any help for smaller firms in sectors such as hospitality, which have also been affected by the crisis.

The limited response risks angering industry leaders who warn thousands of jobs could go unless they were helped with energy prices.

Ministers have ruled out a cap on energy prices faced by businesses – the preferred solution for many firms.

Other assistance could be limited to things such as exemptions from green levies.

Gareth Stace, UK Steel director general, said British producers had to be put on a ‘level playing field’ with competitors in Europe.

He added: ‘This is a hostile environment for industrial investment in the UK and for the Government’s levelling up agenda.

‘Our message directly to the Prime Minister is please don’t just apply a sticking plaster to what is a significant long-term problem.’