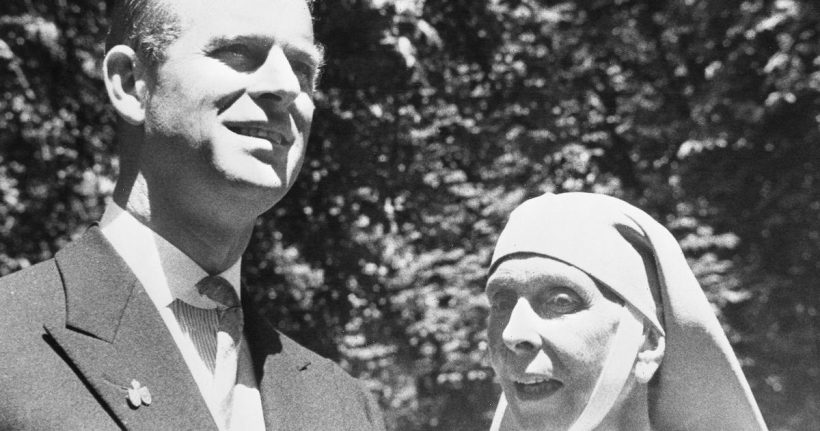 Prince Philip’s coffin has been moved from the private chapel at Windsor Castle ahead of his funeral on Saturday 17 April.

Mourners have began to arrive at the royal funeral to remember the Duke of Edinburgh who died age 99 on Friday 9 April.

And intricate details about the late Duke of Edinburgh have emerged, following his death, and it turns out Prince Philip was given a heartwarming pet name by his mother.

The Duke of Edinburgh was separated from his parents and raised in the UK, and the Daily Mail’s Hugo Vickers reports that Philip then didn’t hear from his mother, Princess Alice of Battenberg, for seven years while at prep school.

However, the publication goes on to report that when they did write letters to one another, Philip’s mother referred to him as ‘Bubbikins.’

In one letter, she reportedly penned: “Congratulations on what you have achieved. My doctor assures me there's not one man in the whole of Germany who is not devoted to you."

It’s believe she also referred to her daughter-in-law, the Queen, as “Lilibet” much like the rest of the Royal Family, after moving to Buckingham Palace for the last two years of her life. Three of Philip’s German family members flew to the UK and are currently isolating ahead of the funeral.

Two great-nephews and a cousin are part of a bubble at a home in Berkshire, and they were quietly flown to the UK last weekend, ahead of the funeral.

They are Bernhard, Hereditary Prince of Baden, Prince Donatus, Landgrave of Hesse, and Prince Philipp of Hohenlohe-Langenburg.

Royal biographer Robert Hardman first hinted at the news that Prince Philip’s sister’s families would be attending and, taking to Twitter, he announced: “I am pleased to report that the Duke's sisters' families, whom he loved dearly (and vice versa), will make up a tenth of the mourners on Saturday. Uninvited to his 1947 wedding, they'll be there at the end as he wanted. In Thursday's Mail."

Prince Bernhard, 50, is the grandson of the Duke’s second sister, Theodora.

Prince Donates, 54, is the head of the House of Hesse, and Prince Philip’s younger sisters, Cecilie and Sophie married into the house.

Prince Philipp, 51, said in a statement: “It really is an incredible honour and we are all extremely touched and privileged to be included on behalf of the wider family.”

Discussing the Duke, he added: “It was such a joy having a conversation with him. His memory was extraordinary.

“He could remember playing hide-and-seek in the castle when he was a boy, and he always enjoyed talking to the local people.

“He could switch from German to English and back again, whether he was talking about Winston Churchill or the local wildlife.”