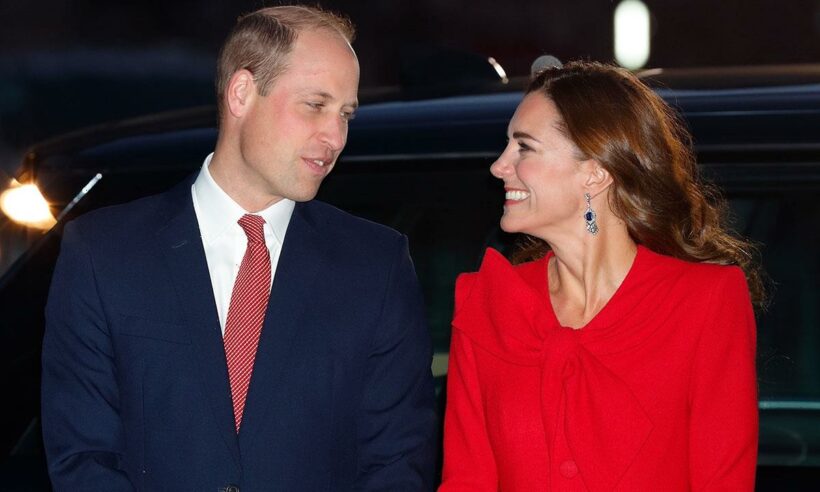 One of the three portraits released to mark the Duchess of Cambridge‘s 40th birthday on Sunday was chosen by her husband, Prince William, and their children, it has been revealed.

According to Italian newspaper, Corriere della Sera, who conducted an interview with photographer Paolo Roversi, the black and white close-up shot of Kate wearing a ruffled white shoulder Alexander McQueen gown and beaming at the camera, is her family’s favourite.

The photographer said that in December the images were whittled down to 70 from a selection of 250, and revealed how he captured the Duchess in natural light, with “little makeup, no hairstyle, simple earrings, a ring…The focal point of Kate’s face is her gaze and smile”.

Another one of the three images released shows the Duchess smiling directly at the camera in a one-shouldered red gown by wedding dress designer, McQueen.

She is also shown in another black and white photograph, shot in profile, wearing an off-the-shoulder gown and Princess Diana‘s Collingwood pearl earrings.

Paolo also revealed how he got the Duchess to dance during the photoshoot, but unfortunately, the images are unlikely to be released publicly.

“In the end I wanted to take pictures in motion, so with that wonderful wide skirt I made her dance in front of my lens, a kind of accelerated waltz mixed with a pinch of rock ‘n roll,” he said.

The photographer, who has worked with supermodels Kate Moss and Naomi Campbell, said of the Duchess that “she is a nice, welcoming woman who puts you at ease, respectful of everyone’s work”.

Kate celebrated her special day privately with her family but shared a personal thank you message on social media, writing: “Thank you for all of your very kind birthday wishes, and to Paolo and the National Portrait Gallery for these three special portraits. C.”

Make sure you never miss a ROYAL story! Sign up to our newsletter to get all of our celebrity, royal and lifestyle news delivered directly to your inbox.