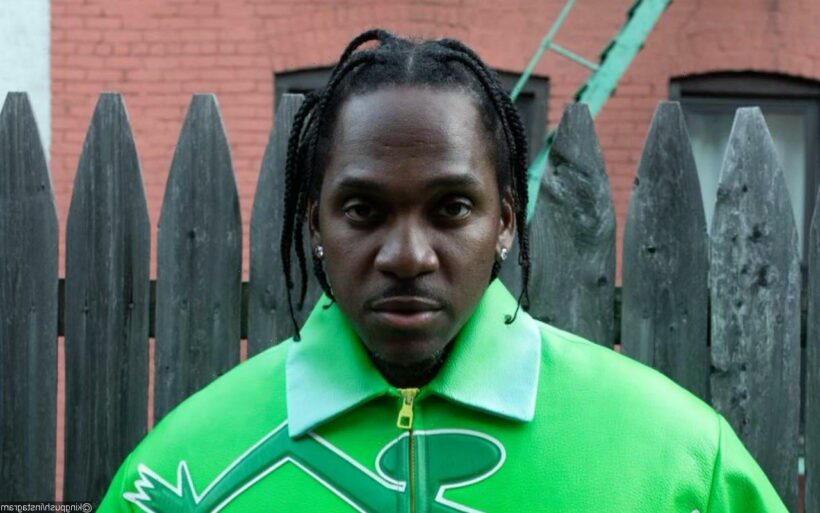 In an interview with Charlamagne Tha God, the ‘If You Know You Know’ spitter emotionally talks about his two parents, who died within four months of each other.

AceShowbiz –Pusha T broke down in tears in a new interview with Charlamagne Tha God. The interview, which was shared on Monday, April 11, saw the “If You Know You Know” spitter talked about the deaths of his two parents.

Pusha shared that his parents died within four months of each other. “I think the one thing that’s helped me deal with grief right now … my parents passed four months apart,” he told the host.

The host replied, “One couldn’t live without the other.” Pusha agreed as saying, “I look at it like that. I just know I was good with parents, both of them, like really good. I grieve selfishlessly. I’m grieving now. They alright, I know it.”

He later was visibly seen trying to keep it together before eventually asking for a tissue. “Legacy is everything right now for me because, I understand that in their passing, I have so many great things to reference. And with a tainted legacy, you don’t have that.”

“I think about my son and he’s gonna be able to look at the legacy of his dad and be like, ‘Oh man, he was amazing.’ That’s my goal ’cause they was amazing,” he continued.

In the interview, Pusha also talked about stories behind his new album, “It’s Almost Dry”. “I feel like, you know, I had the best of both worlds in regards to production and in regards to two people that actually understand who I am and they like two different things from me that I feel are both really great,” he shared.