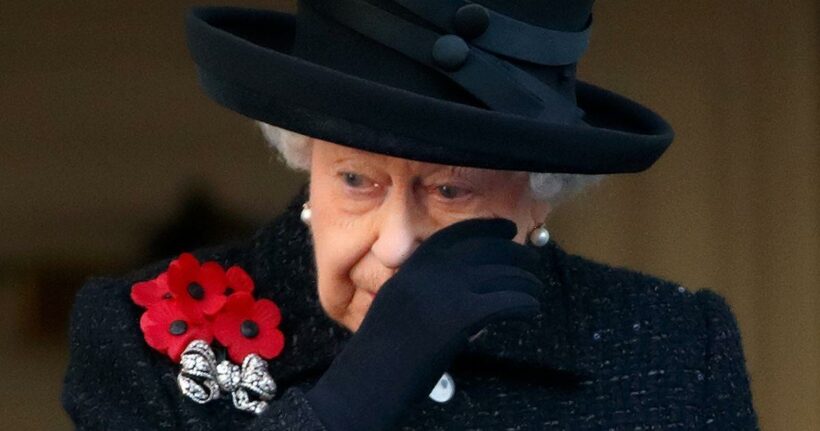 The Queen will attend Remembrance Sunday commemorations in what will be her first public engagement since her hospital stay.

Her Majesty hopes to lead the Royal Family’s tributes at the annual service at the Cenotaph on Sunday in London.

Buckingham Palace confirmed on Thursday that the monarch will attend the service on Sunday, saying it was her “firm intention” to be at the “sacred” event in her calendar.

The 95 year old monarch was advised by medics to take a step back from her official duties for two weeks, following an overnight stay in hospital.

Though she appeared virtually at the climate change summit as the monarch sent through a pre-recorded video for the event.

However while The Queen will attend the Remembrance Sunday services, she will not be going to the Festival of Remembrance on Saturday.

In her place, Prince Charles and Camilla will attend as senior royals along with other members of the royal family including Prince William and Kate Middleton.

The Queen flew back in a helicopter to Windsor Castle earlier in the week after spending some time at Sandringham County estate in Norfolk.

News of her attendance will relieve anxious Brits who have been concerned for her health following the unknown illness that took her into hospital for “preliminary investigations”.

The announcement comes as Prince Charles told well-wishers that the Queen was doing “all right” following her health scare.

The 73 year old spoke with locals outside NatWest bank in Brixton after he attended a Prince’s Trust engagement in the morning.

The Queen’s diary is expected to be adjusted between Christmas and New Year too, as doctors have told her to take it easy over the busy festive period.

Royal sources have even disclosed that the palace have been told to “carefully examine” the coming weeks of the Queen’s schedule.

Since the Queen was told to perform “light duties” following her hospital visit, she has only been seen out driving during her trip to Sandringham.

This will be the 95 year old monarch’s first public, in-person engagement since she attended Champions Day at Ascot racecourse in early October.

Stay up to date with all the latest on The Royal Family by signing up to OK!'s daily celebrity newsletter .