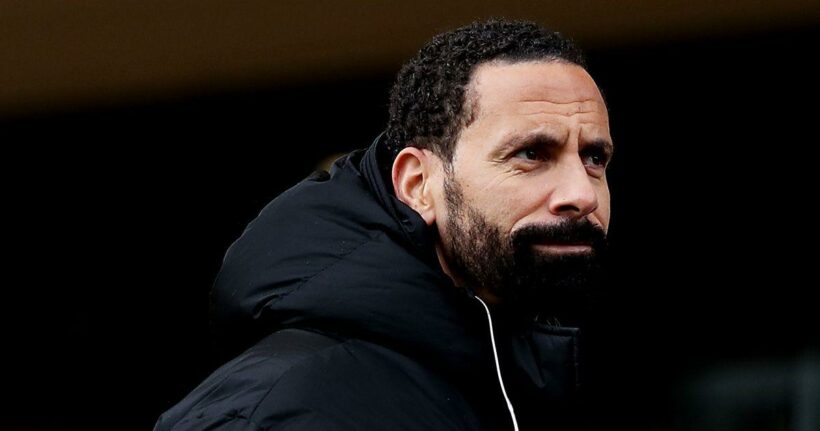 Rio Ferdinand has attended court for the hearing of a football fan who allegedly "hurled racist abuse" towards him during a match earlier this year.

Jamie Arnold, of Staffordshire, reportedly used racist words and made monkey gestures towards the former professional footballer during a match between the Wolverhampton Wanderers and Manchester United on 23 May 2021.

Jamie attended Wolverhampton Crown Court today, where 42 year old Rio was also present but was not in the courtroom during the proceedings.

The 31 year old went to court to confirm his details and maintain his previous plea, which was made in July, of not guilty to causing aggravated harassment, alarm or distress towards Rio.

Jamie will be tried at the same court on 8 August 2022, where Rio is expected to be a witness, as Judge Simon Ward apologised for the date being "so far in the future".

The defendant was granted bail on the condition that he does not attend any of Wolves' home games as the judge told him: "Mr Arnold, stand up please.

"I have set the date for your trial on the 8th of August next year. I am sorry it's so far in the future but I have explained why that has to be."

Following the announcement of the trial date, Rio left the building with what appeared to be a film crew and security guards.