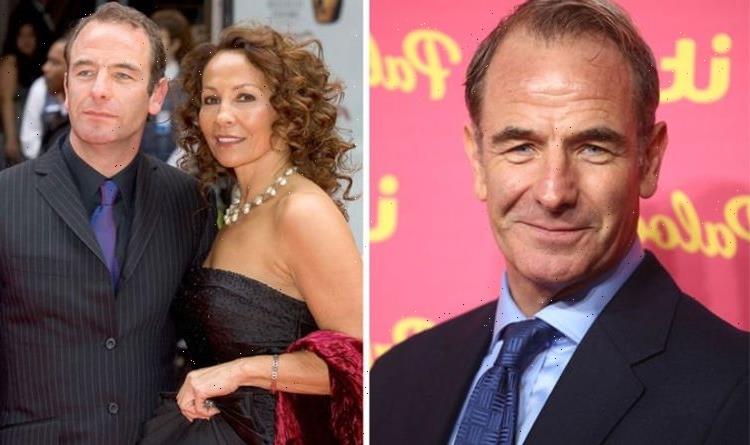 Robson Green is not currently married but began dating Zoila Short in 2016, after meeting the Sunday school teacher at the gym. The 56-year-old actor, who currently plays Detective Inspector Geordie Keating in ITV detective drama Grantchester, went public with their relationship in 2018.

At the time, it was reported that the mum-of-two had left her vicar husband to be with Robson.

It is unclear if the couple are still dating.

They were last pictured together at a showbiz event in 2019.

The pair attended the ITV Palooza at The Royal Festival Hall.

Robson, who found fame when starring in 1990s drama series Soldier Soldier, has been married twice in the past.

He tied the knot with first wife Alison Ogilvie back in 1991.

The couple were married for eight years before separating.

The pair were wed at Cliveden House in Buckinghamshire in 2001.

After ten years of marriage, Robson and Vanya issued a statement saying that they were separating.

Robson has played the lead role in period drama Grantchester since the first series, which aired in 2014.

The duo later had huge chart success together.

Robson and Jerome’s version of Unchained Melody was number one in the UK music chart for seven weeks.

It sold over 1.8 million copies and became the best selling single of 1995.

They also had number ones with I Believe and Up on the Roof and recorded two studio albums during their time together.

In addition to his work on Grantchester, which is set in the 1950s, Robson can often be seen fishing.

Earlier this year, he headed to Iceland with Jim Murray for the TV show Robson and Jim’s Icelandic Fly-Fishing Adventure.

Prior to that recorded Extreme Fishing for Channel 5.