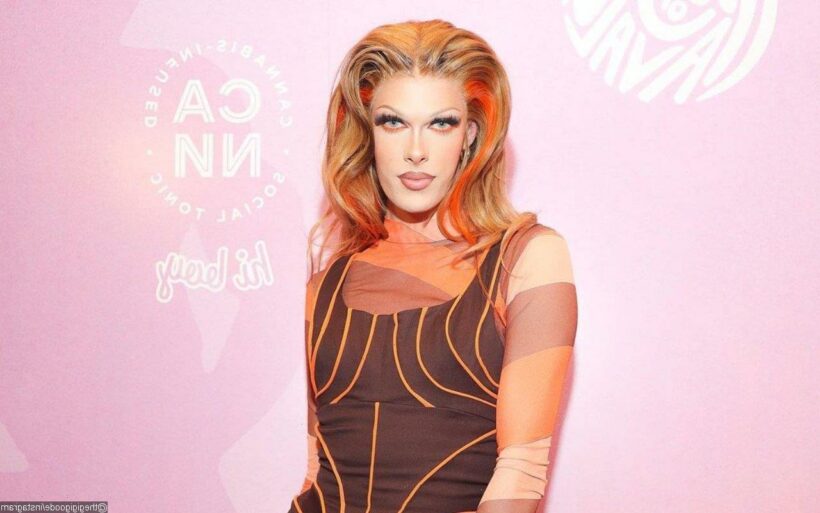 The contestant of ‘RuPaul’s Drag Race’ shares in a new video on her Instagram page that while she identifies as trans non-binary, she prefers she/her pronouns.

AceShowbiz -“RuPaul’s Drag Race” star Gigi Goode has opened up about her transition journey. In a video that she shared on her Instagram account on Sunday, August 29, Gigi came out as trans non-binary.

“Let’s just jump right into it…around eight months ago,” Gigi kicked off her video. “in January, right at the beginning of the year, I decided to begin the process of hormone replacement therapy, which for those of you who don’t know, is the process of taking estrogen and testosterone blockers as a means of bringing in the woman and pushing out the man.”

She went on to say, “This whole pandemic, leading up to that January point, was so crucial for me to have that time to myself. It give me a lot of time to think and reflect. On ‘Drag Race’, which was almost two years ago, I came out as gender-fluid, which I still very much identify with. I would say that I’m leaning more towards the non-binary side of that. It was a realization I didn’t have much time to process as the episodes were airing. If the world hadn’t shut down, I really wouldn’t have been able to process it further.”

Gigi revealed that “one of those realizations came from watching the show ‘Veneno‘,” adding that the show opened up her mind about “who I’m supposed to be. And to me, that’s a trans non-binary person.”

In the video, Gigi shared that she underwent FFS or facial feminization surgery. “It depends on the person and what they feel they need to feminize their face. Without getting into too much detail, which I may or may not do – I don’t feel like it’s anyone’s business but my own, I just feminized the parts of my face that I felt needed feminization. I’m just going to look a little bit more feminine or born a female,” she divulged.

Concluding her video, Gigi said that while she identifies as non-binary, she prefers she/her pronouns. Meanwhile, in the caption, she wrote, “Lemme explain.. Just thought it was about time that I let you all in on what I’ve been going through the past several months. Love u all!! “