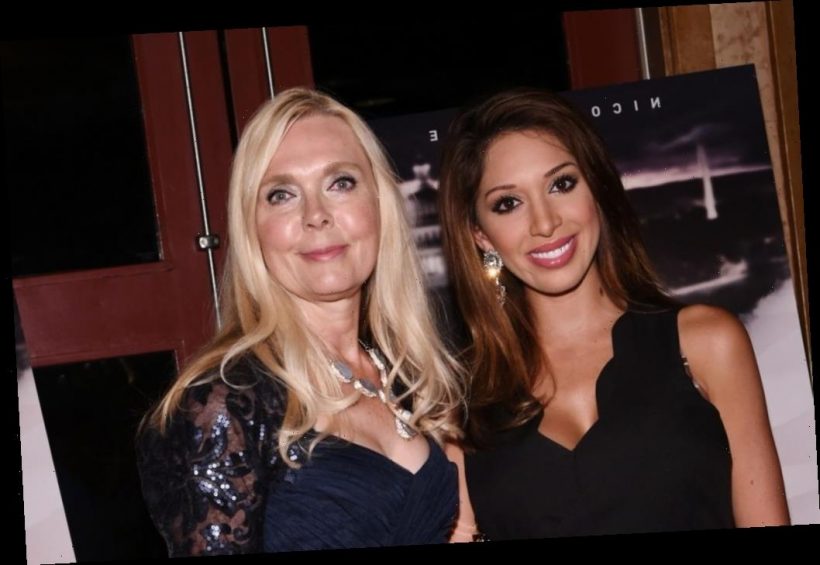 Though Farrah Abraham was fired from Teen Mom years ago thanks to her participation in the adult film industry, it’s hard to forget her time on the reality TV show. In addition to the ups and downs of raising her daughter, Sophia Abraham, as a single teen parent, her home life didn’t always seem that great. Farrah seemed to be in constant arguments with her parents throughout her tenure on the show. In fact, one of her fights with her mom, Debra Danielsen even got physical.

Fans of Teen Mom will likely recall an extremely memorable fight that Farrah had with Danielsen. The altercation started when Farrah told her mom that she changed her mind about who would be watching Sophia while she went on an international business trip. After Danielsen expressed her hurt that Sophia was going to be staying with Farrah’s father, Michael Abraham, Farrah told her mother to “learn how to talk” and accused her of throwing a tantrum. Things escalated and Daniels eventually hauled off and slapped her daughter.

Farrah Abraham was constantly fighting with her parents on ‘Teen Mom’

While the aforementioned car altercation is one of the most memorable fights that Farrah had with her mom during her time on the show, it is certainly not the only fight. It seemed that Farrah was constantly arguing with her parents on the show, many of the fights ending in yelling and/or storming off. Naturally, some fans of Teen Mom began speculating that Farrah’s relationship with her parents wasn’t healthy for her or Sophia.

But it seems that Farrah’s termination from Teen Mom may have been the best thing for her relationship with her parents. The former reality TV star has shared photos and videos of herself spending time with her parents and both Michael and Danielsen have jumped in and defended their daughter against online criticism. Furthermore, Sophia seems to spend a good chunk of time with both grandparents. Back in November, Farrah posted a video of herself with Michael and Sophia, to wish her dad a happy Veteran’s Day.

In a recent interview with Harper’s Bazaar Vietnam, Abraham shared that she now has a great relationship with both of her parents. She revealed that her mom is very loving and supportive of her even though she believes that her daughter works too hard. She also said that since leaving Teen Mom she speaks to both her parents frequently and shared that the show deliberately tried to drive a wedge between them.

Though we hope that MTV didn’t deliberately drive a wedge between Farrah and her parents, we wouldn’t be surprised if they exploited existing tensions for the sake of drama and views. Reality TV shows are notorious for been heavily produced and edited in clever fashions, and we imagine Teen Mom is no exception. But regardless of whether Farrah was telling the truth or simply exaggerating, it’s good that she now has a healthier relationship with her parents.