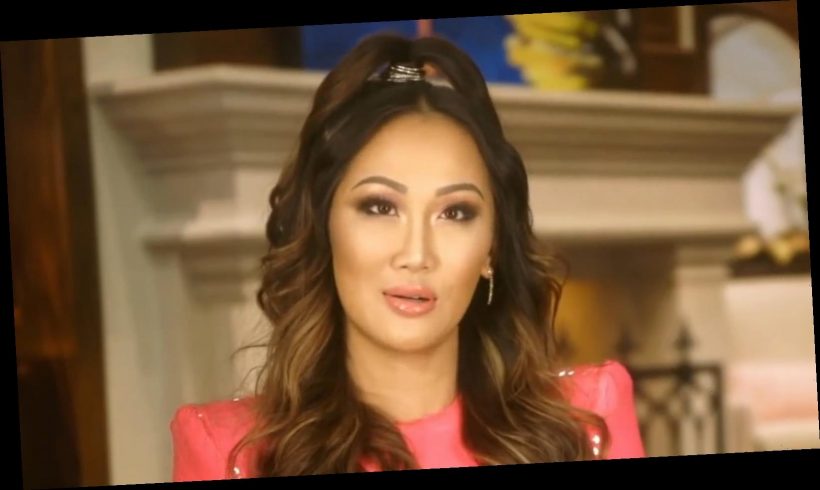 As “the first Medical Doctor and first-generation Asian American” in a real housewife role, Tiffany Moon is getting all the fanfare on Season 5 of The Real Housewives of Dallas. She was brought on to help add diversity to the cast and was a shakeup for the returning click of housewives. But unlike her reality TV co-stars, Tiffany is no stay-at-home mom or businesswoman. She works as a board-certified Anesthesiologist, as noted on her website, and prides herself in being a wife and mother of adorable twin girls.

Born in China, but raised in the United States by her strict so-called “Tiger Parents,” who stressed the importance of education (via her Bravo bio), Tiffany graduated from Cornell University at age 19 and completed medical school by the time she was 23. Um, no big deal. Working on the frontlines of the coronavirus pandemic further sets her apart from her fellow housewives, who run their own businesses, but tend to spend most of their time at home. Meanwhile, Tiffany often has to leave her family of four at home to go provide healthcare service to those in need. “I did my job during the pandemic every day just like I always did it before, except with a whole lot more PPE on,” she told E! in January 2021. “I came home a little sweatier.”

Of course, her feud with co-star Kary Brittingham means Tiffany fits right into the dramatic Bravosphere. But what’s there to know about Tiffany Moon’s husband?

Tiffany Moon isn’t the only breadwinner of her household. The Real Housewives of Dallas star’s husband, Daniel Moon, works at his family business, Sam Moon Group. Tiffany couldn’t be prouder of her successful husband, who was named the company’s general counsel once he graduated from law school in 1994, D Magazine reported — after his father nearly “lost everything” in the business due to a lawsuit.

The father-son duo have since taken their family business beyond wholesale retail and into the luxury hotel space, making the switch after noticing a decline in sales at the Sam Moon Trading company due to competition with Amazon. “So we decided to take a pause and see if this was an anomaly year,” Daniel, who now also serves as the company’s vice president, recalled. After making a transition into flipping hotels in North Texas, the family found their new successful business niche. “We’re only going to move forward on future hotel developments if we think they’re a grand slam,” Daniel shared with excitement.

Like other Real Housewives couples, Daniel and Tiffany Moon spend quality time together outside of work, going on date nights and family vacations. But between Daniel’s success in real estate, and Tiffany’s success in the medical field, fashion, and now reality television, it’s clear that the Moons are making their parents proud, while also creating a legacy to pass down to their own children. Now, that’s the American dream.