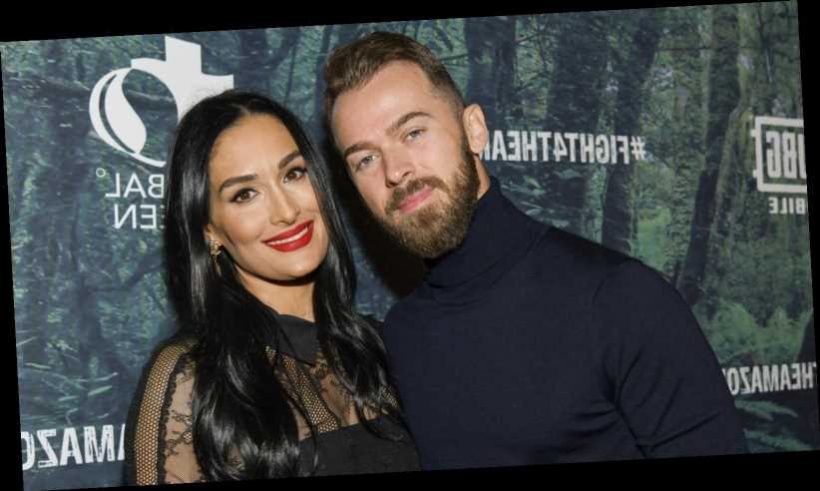 Anyone who’s ever been on more than one date can tell you that relationships are a lot of work. After the honeymoon period ends, it takes a lot of patience and dedication to keep things going strong. Just ask Nikki Bella, star of Total Bellas.

For those who don’t know, Total Bellas is a reality show, a spinoff of Total Divas, about twin sisters Nikki and Brie Bella. Now, sister relationships can be just as tricky as romantic ones, especially when you put them in the spotlight. Sisters will fight — as they are wont to do — but the show’s real drama comes to their romantic partnerships. Recent seasons saw Brie struggle in her marriage to long-time partner Bryan Danielson, as they debated whether or not to have another child. Meanwhile, Nikki seemed to be thriving as she’d found a new true love in Artem Chigvintsev, star of Dancing With The Stars. Fan’s were thrilled to see Nikki so happy and even more thrilled when the two finally got engaged.

Several months later, fans were equally surprised to learn that everything wasn’t quite as good as it seemed. Nikki recently opened up about the state of her relationship, why she and Artem are in therapy, and it definitely had some fans raising their eyebrows.

Nikki Bella surprised fans by opening up about the troubles she faces in her relationship with Artem Chigvintsev. Their relationship was a bit of a whirlwind: they met while partnered on Dancing With Stars, while Nikki was engaged to John Cena, and before long, they had a kid and were planning a wedding.

Nikki knew that Artem was an intense guy; after all, she has described her time on DTWS as very stressful. When appearing on the Off the Vine podcast with Kaitlyn Bristowe in 2021 she recalled how angry Artem’s strict rehearsals and perfectionistic tendencies made her. Things came to a head shortly after they welcomed their son, Matteo, which only added to the stress of Artem’s already stressful job. “When he gets really stressed, he doesn’t realize his tone,” she explained (via US Weekly). Claiming that their communication issues pushed them to seek professional help, she told Bristowe, “We’re actually in therapy for this.”

“It’s been so difficult on our relationship because I need so much from him, but he’s, like, torn between his job that requires so much from him and then us at home,” Nikki told Us Weekly in 2020. “We’ve realized that we both feel like we’re not listening to each other,” she told the outlet. Any strong relationship takes effort, and the good news is, it looks like Artem and Nikki are willing to put in the work.