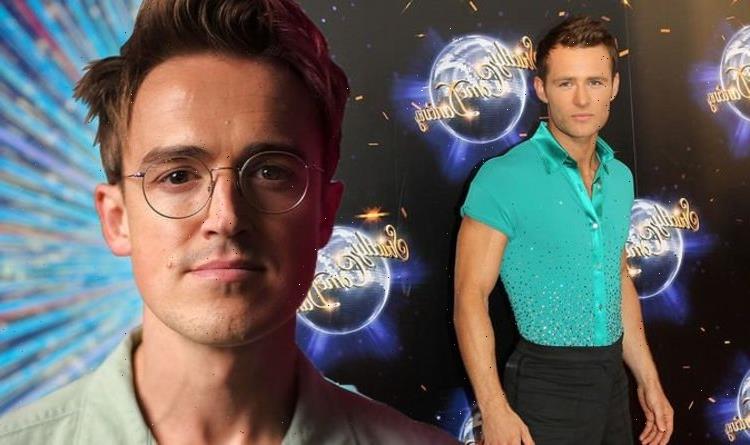 Tom Fletcher, 36, has said he “checked” with his McFly bandmate Harry Judd, 35, if he could do Strictly Come Dancing 2021. Harry won Strictly in 2011, as well as lifting the trophy in special episodes of the show.

Strictly was kind of his thing, so I wanted to make sure he was happy with me doing it.

The singer said: “I checked with Harry first, he was the first person I asked.

“Strictly was kind of his thing, so I wanted to make sure he was happy with me doing it.”

To Tom’s delight, Harry was ecstatic with the news.

The McFly singer said: “He was fully supportive.

“He said I should totally do it and I would have the best time.

“I haven’t been able to stop him talking about Strictly for 10 years.

“But I don’t know if I should trust his advice or if he is trying to secretly steer me in the wrong direction, because he is quite competitive.”

In November 2010, Harry appeared on and won a special episode of the show for Children in Need, partnered with Ola Jordan.

He also won a Christmas special of the show in 2015 with Joanne Clifton.

Tom’s wife Giovanna Fletcher is the reigning Queen of the Jungle after winning the latest series of I’m a Celebrity… Get Me Out of Here! in 2020.

With all this success following Tom in the reality TV world, there is weight on his shoulders to perform.

“I feel like I wanted to do the show while I am still relatively youthful and able to jump around.”

Tom was the first celebrity announced for Strictly.

He has 10 UK number one singles with McFly and has written number one songs for One Direction, Busted, and 5 Seconds of Summer.

These include The Christmasaurus, The Creakers, and There’s a Monster in Your Book.

Fans hope this success will transfer to a victory on the Strictly dance floor.