Health authorities say a Melbourne independent school that repeatedly invited families to send their children to class during lockdowns has a history of “sailing pretty close” to breaching COVID-19 public health rules as its principal stood by his decision to keep taking students.

Emails obtained by The Age reveal Fitzroy Community School principal Timothy Berryman repeatedly invited parents to send their children to the school while Melbourne was in lockdown, arguing that the damage to their mental health from extended periods of remote learning was potentially severe, while the health risks to children from catching coronavirus were negligible. 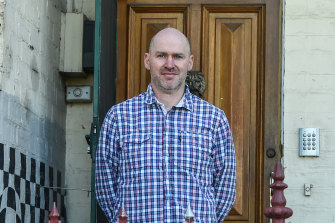 Victorian Health Minister Martin Foley said the school, in Melbourne’s inner north, had a “history when it comes to sailing pretty close” to the Chief Health Officer’s COVID-19 directions.

There are now 31 positive cases directly connected to the school. However, Mr Foley said it was “far too early” to consider whether the school could be fined for their actions.

“Our compliance people – after the priority of responding to the outbreak is dealt with – will investigate the matter, and based on whatever outcomes, will come up with appropriate action,” he said.

“Our key priority is the wellbeing of those kids, the staff and their families.”

COVID-19 response commander Jeroen Weimar said the school would remain closed until the initial testing of the 189 primary close contacts were complete.

Principal Tim Berryman said about 60 per cent of the school’s students had been attending classes, compared to the state average of 4 per cent on-site attendance during the current lockdown, and is defiant about the dangers of coronavirus to his students.

On Monday, as his school was engulfed by criticism from those who believe it should never have been allowed to stay open, Mr Berryman argued children’s voices had been lost in the debate about protecting them.

“What I’ve found frustrating and quite depressing is that in this whole discussion the children and their hopes and their aspirations have just not been part of it,” Mr Berryman said.

Fees to send children to the primary school are $18,000 per student per year.

The school’s founder, Faye Berryman, read a statement over the phone from the school window on Monday, saying it had the best interests of children at heart, according to Nine News.

“Our parents were given the choice to be at school or online, with no pressure either way,” she said. 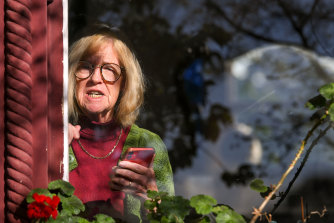 “We are not lunatic fringe, we are pretty conservative, deeply thinking people.”

Premier Daniel Andrews warned on Sunday that reopening Melbourne’s classrooms – closed since August 5 – would cause COVID-19 cases to quickly spread through schools, forcing many to close again almost immediately.

Mr Berryman, whose “alternative independent school” is now a tier-1 exposure site, told families on September 9 he believed it was “only a matter of time” before there was a positive case at the school, and expressed hope that schools would be permitted to remain open with positive cases in future.

“I can sincerely say that it has been a much longer run than I had hoped for or expected,” he wrote.

In a June 3 email to parents, Mr Berryman states: “I cannot in good conscience continue to request that you continue to keep your children at home. Please feel free to send your child to school if you feel that this is best for them or best for your family balance. I do not write this lightly, as this does breach government imposed directives for schools.”

Three days later he wrote that the Department of Health had contacted the school and warned him to comply. By late July, Mr Berryman was again inviting parents to breach remote learning rules. “I am again offering you all the option of sending your children to school,” he wrote in an email on July 20.

Mr Andrews declined to answer when asked on Sunday whether it should be mandatory for teachers to be vaccinated, but flagged the government was considering compelling some people to get immunised.

On Sunday, Mr Andrews faced questioning over when students were likely to return to schools for classes. He declined to nominate a date, saying modelling being done by the Burnet Institute held the key to reopening for face-to-face learning.

He said he wanted schools back this year but a plan for the rest of the school year would be made public in about a week.

Government sources told The Age the public could expect a road map that outlined when, and how, all Victorian students would be allowed to return to school, giving parents and children a level of certainty – with added caveats – heading into term 4.

It is unlikely that all year levels will be able to return at the same time. The Premier also flagged that the government was considering potential staggered start and end times and improvements to ventilation.

The Department of Education has drawn up several plans, and is awaiting the Chief Health Officer’s approval following the outcomes of the Burnet Institute modelling to determine what level of COVID-19 cases Victoria could handle without stretching the healthcare system.