Actor Valerie Bertinelli has been very open about the grief she has been working through since the death of her first husband, legendary guitarist Eddie Van Halen, in October of 2020. She opened up recently about the still-present loss she feels for the late founder of the rock band Van Halen during an event promoting her upcoming memoir, Enough Already.

Bertinelli and Van Halen were married in 1981 after a whirlwind romance that dominated tabloid headlines. The young couple, both celebrity entertainers, were literally the talk of the town. Eventually, the union that had produced only child Wolfgang ended in 2007. At the time of his death at age 65, Van Halen had been married to Janie Liszewski, his wife since 2009.

The former Hot in Cleveland star wrote in her 2008 book Losing It that her former father-in-law was shocked to learn she and his son were dating.

“When Ed and I first started going out and he told his father about me, Mr. Van Halen disapproved,” she wrote. “‘What the hell are you doing?,’ he said. ‘She’s only 15.’ Ed laughed. ‘Dad, you’re watching reruns. She’s 20.’ But I may as well have been 15; that’s how mature I was behaving by insisting we get married quickly. What the hell was I thinking? What the hell were we thinking?”

The two remained friends after their divorce and even attended one another’s weddings to their new spouses. Bertinelli also visited Van Halen during his treatment for cancer. 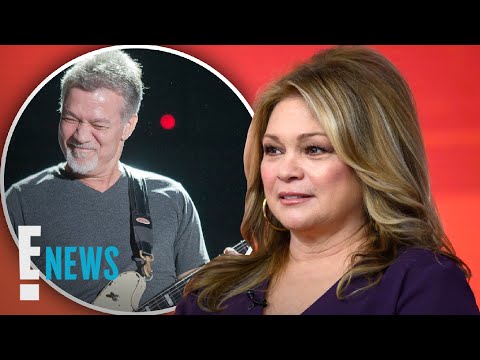 In an “ask me anything” event on talkshoplive, Bertinelli answered fans’ questions about her soon-to-be-published memoir Enough Already, her career, and life. Not surprisingly, there was curiosity about her relationship with Van Halen and how she was currently feeling more than a year past his death. One fan asked the actor, “What do you miss most about Eddie Van Halen?”

“Oh boy,” Bertinelli began. “What do I miss most? Well, I’ve got to tell you, what I miss most recently about Ed was when [son] Wolfie got nominated for a Grammy.”

The couple’s son, born in 1991, is a musician in his own right and in 2021 released his debut album, Mammoth. He was recently nominated for a Grammy for the song “Distance” from the album.

“[Ed] was the first person I wanted to call,” Bertinelli recalled. “I wanted to call, I wanted to run over there and say, ‘Can you believe it?’ I know he would’ve wanted to do the same exact thing … That’s what I miss about Ed most recently, was that I couldn’t share the joy of Wolfie being nominated for a Grammy with him.”

She added that she still feels Van Halen’s loss. “The pain isn’t as sharp as it used to be. It kind of dulls through time.”