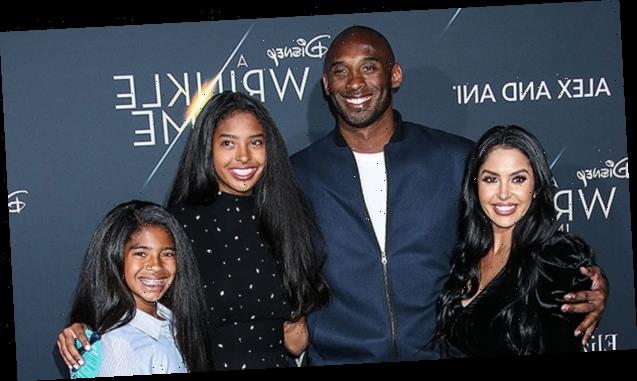 Vanessa Bryant, 38, took to Instagram on Mar. 17 and named the four Los Angeles County Sheriff’s Department deputies who allegedly leaked photos taken at the helicopter crash site in Calabasas, where her late husband Kobe Bryant and late 13-year-old daughter Gianna Bryant perished on Jan. 26, 2020. The widow of the Los Angeles Lakers player shared multiple screenshots of the detailed documents from the lawsuit she filed without captions and one of the pages listed the four deputies, which includes Joey Cruz, Rafael Mejia, Michael Russell and Raul Versales, as defendants in the case. 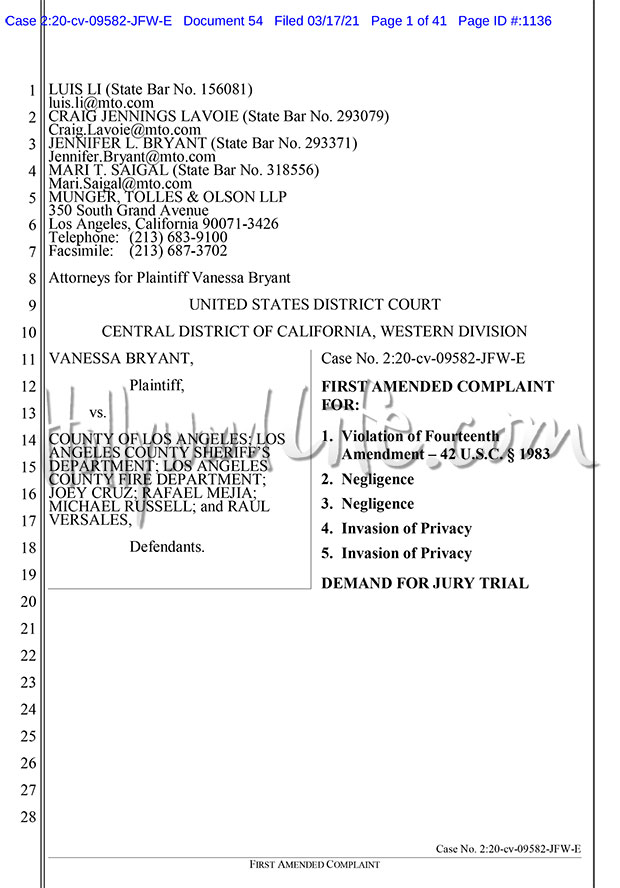 The lawsuit documents Vanessa posted also detail how photos of Kobe and Gianna’s bodies were allegedly shared by the deputies as well as when they were shared them, and to whom. “According to the Sheriff’s Department’s subsequent investigatory report, one deputy in particular took between 25 and 100 photos of the crash scene on his personal cell phone, many of which had no conceivable investigatory purpose and were focused directly on the victims’ remains,” the lawsuit states. 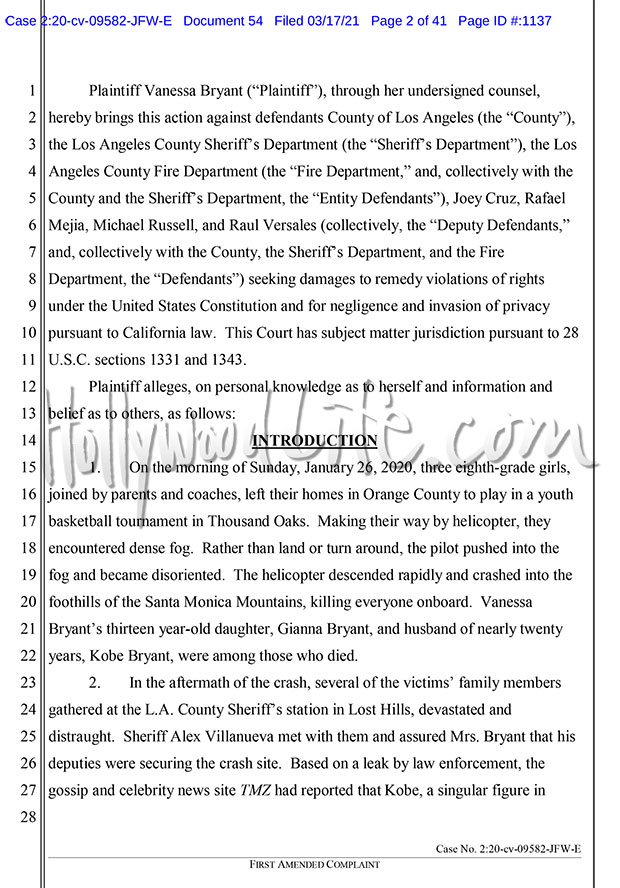 Mejia is listed as allegedly storing multiple photos of Kobe and Gianna’s remains on his personal cell phone and sharing them with at least two individuals, including a female deputy who was on the scene of the crash and fellow deputy Cruz. Cruz, who was a trainee deputy at the time, then allegedly shared the photos with multiple people, including members of the public and officer Russell, according to the lawsuit. Russell then allegedly shared the photos with a personal friend, who was also a deputy but not part of the Lost Hills Station team that was investigating the crash.

Versales allegedly obtained the photos and saved them to his personal cellphone before sharing them with other deputies, including Meija, the lawsuit also stated. 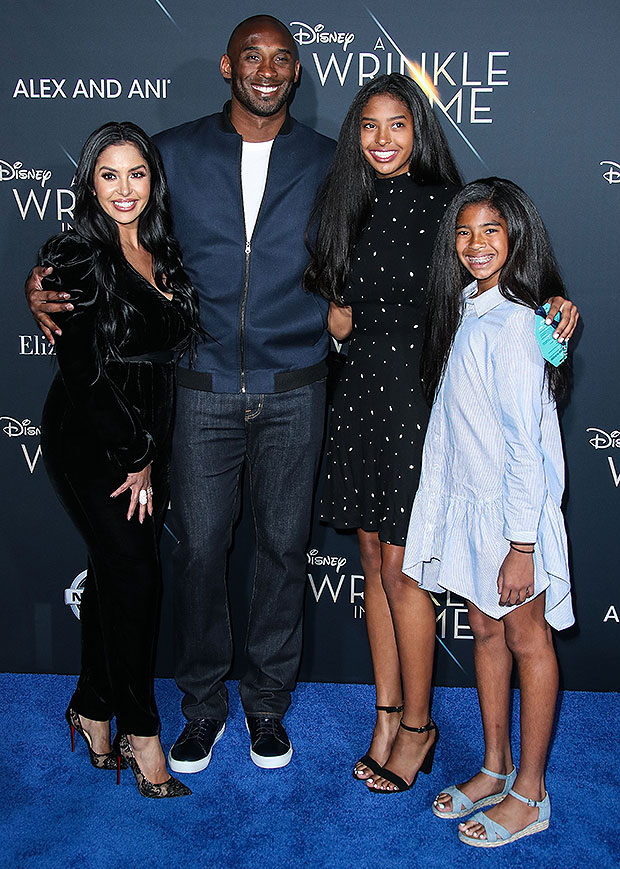 In addition to the details about the officers and how they allegedly took and shared the graphic photos, the documents revealed that Vanessa spoke with Sheriff Alex Villanueva on the day of the crash and expressed concern about how the site was “unprotected from photographers.” The sheriff then assured her that the site was being secured by deputies, according to the lawsuit.

“The Department has yet to deliver on Sheriff Villanueva’s promise of publicly reporting the results of the Department’s investigation, but Mrs. Bryant obtained the Department’s final investigative report via a motion to compel in January 2021,” the lawsuit further stated about the photos. “Substantively, the report reveals that the Sheriff’s Department has failed to take basic steps to ensure all copies of the improper photos are tracked down and sequestered.”

Vanessa filed the lawsuit against the deputies on Sept. 17 and claimed that the photos were taken for the deputies’ “own personal gratification” and that the “gratuitous images soon became talked about within the department, as deputies displayed them to colleagues in settings that had nothing to do with investigating the accident. One deputy even used his photos of the victims to try to impress a woman at the bar, bragging about how he had been at the crash site.”