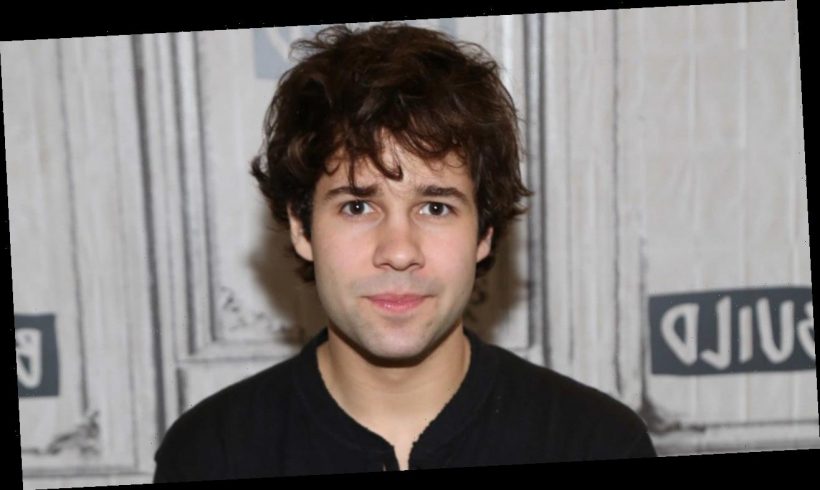 David Dobrik is speaking out amid allegations of sexual misconduct surrounding his videos. The YouTuber spoke about the situations involving Joseth “Seth” Francois and Dominykas Zeglaitis in a video on Tuesday evening.

“I want to come on here real quick and address some conversations that have been going on on the internet,” Dobrik began. “I’ve made over 600 videos, and I’ve made a bunch of TikToks, Vines, Instagram Stories, tweets, the whole thing, and I’m obsessed with what I do. I love being able to make people happy for a living. And that’s all that I want to do. That being said, consent is something that’s super, super important to me.”

“Whether I’m shooting with a friend or shooting with a stranger, I always make sure that whatever the video I’m putting out, I have the approval from that person,” Dobrik said. “And I also acknowledge where there’s times a person can change their mind, and they decide that they no longer want to be associated, they no longer want to be in the video that I’m putting up. Then I’ll take the video down.”

Last month, Francois alleged in an interview with Buzzfeed News that a 2017 prank Dobrik had pulled on him was sexual assault. In the 2017 video, Dobrik explained he was going to make Francois believe he would be making out with another Vlog Squad member, Corinna, who would be wearing a disguise. In reality, he was making out with another member, Jason Nash, who was the person in disguise.

Francois claimed that when he confronted Dobrik and Nash about his trauma, they allegedly offered him money to keep the video online. Francois said he declined the payment and instead texted them that he’d be alright. Francois told BuzzFeed News he was trying to “be the bigger man” at the time.

On Tuesday, Dobrik expressed regret over some of his past videos. “With the Seth situation, I’m sorry to Seth, because like I said, I just want to make videos where everybody in it, whether you’re participating or watching, is enjoying and having a good time. And I missed the mark with that one. And I’m really sorry. I truly, truly am,” he said.

Dobrik then opened up about ending his friendship with Zeglaitis.

In a Business Insider article on Tuesday, an anonymous accuser alleged Zeglaitis, a former member of Dobrik’s Vlog Squad, had got her drunk when she was 20 and sexually assaulted her when she came to the group’s home to film a video in 2018. ET has reached out to Zeglaitis for comment.

The accuser said that when she arrived at the Vlog Squad’s Los Angeles mansion in 2018, she was allegedly told by Zeglaitis that she and her friends were there to film a video where he had a “fivesome” with them, despite all the women saying they were uncomfortable with the concept.

“With people in my life that I don’t film with anymore — like Dom and the other people I no longer film with — I chose to distance myself, because I don’t align with some of the actions, and I don’t stand for any kind of misconduct,” Dobrik said. “And I’ve been really disappointed with some of my friends, and for that reason, I’ve separated from a lot of them.”

“I think with any video I make, my main purpose is to make people happy and inspire people, and I never want anything to get in the way of that,” he continued. “And I’m sorry if I’ve let you down, and things like that won’t happen again. And I learn from my mistakes, and I also believe that actions speak a lot louder than words. You can take my word for it that I’m going to change, but I’ll also show you and I’ll prove to you that the mistakes I made before won’t be happening again.”