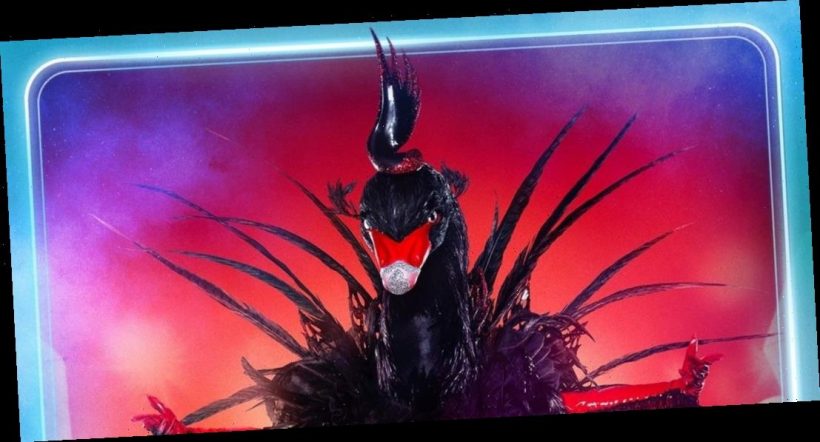 If you can’t get enough of D-list celebs donning truly terrifying costumes, then you’re in luck, because The Masked Singer is back for its fifth season on FOX (yeah, we really don’t know how this happened, either). The most chaotic show on television returned just in time to fill the void in your life left by The Bachelor, and the team certainly took some creative liberties with this season’s, um, characters. (Like, have you seen the Russian Doll? Shudder.) One such example: the Black Swan, who looks even scarier than that cursed Natalie Portman movie.

Who is this (ahem, maybe) celebrity lurking underneath the budget bird getup? Only the troubled executives at FOX who are responsible for this madness can know for sure, but fans already have some theories. Let’s analyze the evidence, shall we?

We don’t know too much about our freakish feathered friend, since FOX has yet to release a clue package (RUDE), but here’s the intel we’ve gathered so far:

Then there’s also this lil preview that’s worth analyzing:

“Major celebrity”? Mm-hmm, we’ll see about that, Niecy Nash. And what’s with that scene of the swan walking through the snow? Time will tell, I guess!

Yes, she has eight Grammy nominations, which makes her seem a biiiiit overqualified for The Masked Singer, but then again, this season’s contestants apparently boast “a combined 26 Grammy nominations,” so those noms had to come from somewhere! Ashanti also starred in a movie called A Christmas Winter Song, which could perhaps explain that whole ~winter wonderland~ scene in the preview.

ICYMI (what, were you just a kid back in the early aughts or something?!), the Icelandic singer wore a truly iconic swan dress to the Academy Awards in 2001, so fans think she could be the Black Swan. She’s also racked up a whopping 15 Grammy noms over the years, which, in theory, could contribute to those collective “26 Grammy nominations.”

Is this theory just wishful thinking? Perhaps. But enough fans have ID’d the singer for me to give the hypothesis serious thought. The Black Swan’s tagline *could* be an allusion to Demi’s recent ~transformation~ following a lot of tough personal stuff.

Okay, yes, agreed, this is a major stretch, but the theory kinda makes sense. You might remember that back in season 3, we learned Bella Thorne was the celeb behind the White Swan mask. And as you def recall, Zendaya and Bella were costars on Disney Channel’s Shake It Up and are still friends today, sooooo it’s possible Queen Z would appear on the show wearing a similar-but-different mask. But probably not. Zendaya’s too busy, let’s be real.

Here’s hoping we get some more clues when the Black Swan finally takes the stage (and I’d like to hear a performance of “Black Swan” by BTS at some point, pls).