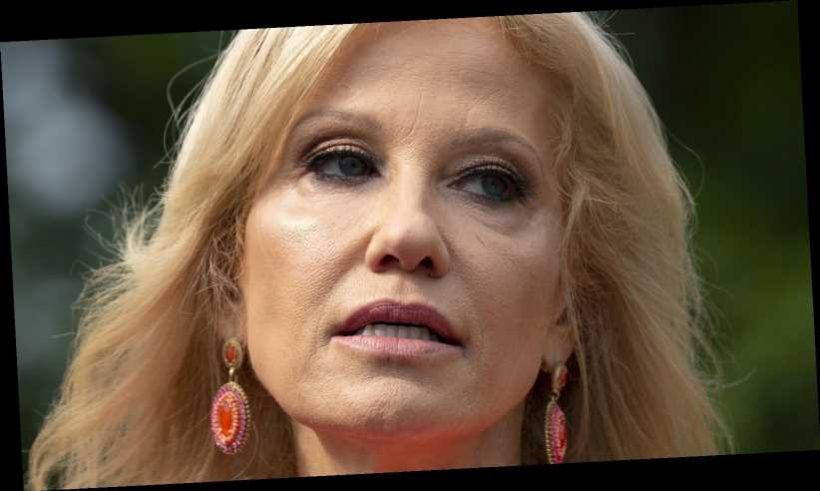 Like many of Donald Trump’s associates, Kellyanne Conway has had trouble finding her feet after the former president’s inauspicious departure from the White House.

The 2016 campaign manager and counselor became famous for coining the notorious phrase “alternative facts” and inventing a “Bowling Green massacre” in order to defend Trump’s ban on Muslim-majority countries, per The Guardian. Conway also faced accusations that she had repeatedly violated ethics law, according to NPR. One of her biggest critics however, was her own daughter, Claudia Conway, who went viral on TikTok for videos where she publicly denounced her parents’ politics and accused them of abuse. Claudia also made an appearance on American Idol in January 2021, as Vox reported, which led to accusations that the reality talent show had exploited a teenager’s trauma as a narrative to attract viewers.

According to The Sun, a video emerged in March 2021, in which Claudia talks about her desire to be emancipated from her parents and alleges that their marriage is a sham. “And they were filing for divorce, my mom did final — was trying to finalize things, but I guess they’re putting on this whole show for the publicity and the media,” Claudia alleged.

Kellyanne, of course, resigned from her position in August 2020, but still spoke at the Republican National Convention to endorse Trump later that month. So what has she been up to since then?

Kellyanne Conwat will be writing a book about her experiences

Kellyanne Conway’s husband, attorney George Conway, also left the Lincoln Project, the organization he co-founded, back in August 2020. It had been formed to prevent the re-election of Donald Trump. He recently tweeted that the group should “shut down” if it could not explain its financial dealings. As Fox News reported, Kellyanne piled on the group, too, retweeting a critical thread. The husband and wife still disagree on one important subject, however, as George also advocated for “continuing the fight against Trumpism.”

Kellyanne, on the other hand, has stood by her former boss even in light of the deadly U.S. Capitol riots. Appearing on Real Time with Bill Maher in January 2021, Kellyanne emphasized the “good that was done” by Trump’s administration. “You can’t deny that people are better off,” the Republican told Maher. “The real disappointment for people like me is that the last two months weren’t spent mostly talking about the accomplishments.”

Now, according to Page Six, Kellyanne has secured a “multi-million dollar deal” to write a book covering her time in the White House and her tumultuous home life. Her new memoir will be “a little about her tough pillow talk with her husband, a little about growing up a growing family and a lot about Donald.” By writing about the former president, Kellyanne follows in the footsteps of other Trump staffers like Mike Pence, Mike Pompeo, and Steve Bannon.