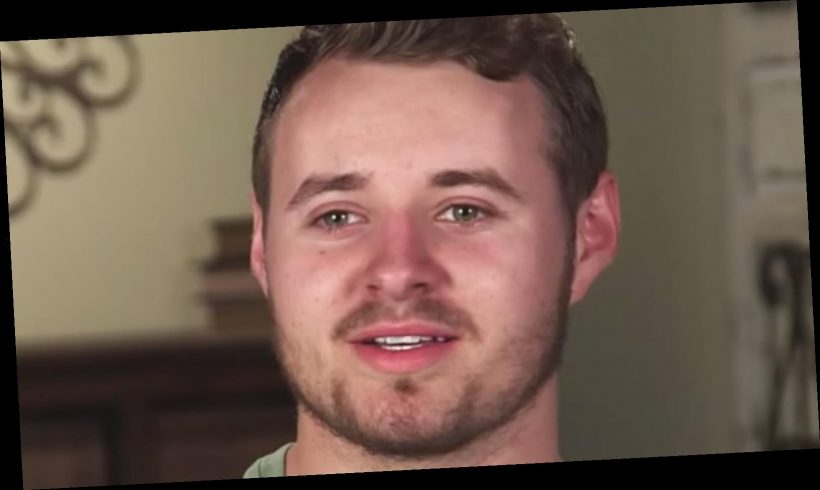 Jed Duggar and Katey Nakatsu Duggar got married on April 3, 2021. The Duggar family kept Jed and Katey’s wedding top secret, but the groom broke the news to the world by Instagram. The tenth child of parents Jim Bob and Michelle Duggar posted a sweet Instagram post announcing the wedding, but Duggar fans don’t know much about Jed’s new wife. Fans are speculating about the bride, so buckle in while we share what we know.

Katey does not have any social media accounts and appears to be a private person. The new member of the Duggar family will need to get up to speed since her new husband, the Counting On star, has been on TV since age 5. Fans know a ton about Jed (a.k.a. Jedidiah) and the Duggars after the conservative Christian family burst on the scene in a TV show on Discovery Health Channel.

After a few specials about the family, the Duggars got their series on TLC in 2008, 17 Kids and Counting, when Jed was nine years old. The popular TV series title was changed to 19 Kids and Counting as the Duggars expanded their family. TLC canceled the Duggar series in 2015, after the news that Jed’s oldest brother Josh Duggar molested four of his sisters. The Duggar family reality franchise continued in 2016, when TLC launched Counting On, a series featuring the older Duggar children.

Keep scrolling to find out more about Katey, Jed’s wife and newest member of the Duggar family.

What we know about Katey Nakatsu Duggar so far

We don’t know a lot about Katey Nakatsu Duggar yet. But from the information we’ve found about Jed Duggar’s new wife, she seems like a very interesting person. According to CheatSheet, Katey is a pilot, just like Jed’s twin brother Jeremiah Duggar. The outlet reported that Katey got her Solo Flight Certificate a year ago.

Hello Magazine reported that Mrs. Jed Duggar is 22 years old, the same age as her husband. The British outlet noted that Katey’s sister was the maid of honor at her wedding, but it’s not clear if her sister Lauren is older or younger than the bride. According to Hello, Jed’s twin Jeremiah was the best man, and Jinger Duggar Vuolo’s daughter Felicity was a flower girl. Another Hello Magazine story reported that Jana Duggar’s boyfriend Stephen Wissmann was seen at the festivities.

Pictures on the Nakatsu family website offered more insights into the newest Duggar wife. Pictures show Katey with a harp and also show her high school graduation. Unlike the Duggars, Katey was not homeschooled; it appears she attended and graduated from a traditional high school.

The former candidate for Arkansas House of Representatives and his bride’s secret wedding has led fans to speculate about the new bride and groom. Fans are wondering why the wedding was kept under wraps, especially after Jed’s brother Justin’s wedding was heavily promoted by the Duggars.

Some of the details about Jed Duggar’s new bride, Katey Nakatsu Duggar, are not clear. Fans of Counting On are used to the Duggar family oversharing their lives, so the secret wedding is unique.One fact that Michelle Duggar and Jim Bob Duggar are probably sweating about is that Katey’s mom and dad — Kim and Kory Nakatsu — are divorced, which is unusual in the Duggar’s fundamentalist Christian community.

According to The Hollywood Gossip, Katey’s dad Kory is remarried to Kerry Nakatsu. Katey’s parents split in 2005; her dad got custody of Katey and her sister Lauren, then remarried in 2009 (via TVShowsAce). It’s unusual for a husband to have primary custody of daughters in a divorce, especially if the children are young. Some Reddit sleuths have pictures from the wedding of Katey’s mom Kim and her half-brother. It appears that Kim remarried, but we do not have verified information on Katey’s mom’s new husband or her other children.

Another thing about the bride’s family that seems a bit unusual? Katey’s dad, stepmom, and sister all relocated from Arizona and moved to Arkansas before her wedding. That’s something we don’t see everyday! Cheat Sheet reported that the Nakatsu family moved to Arkansas to be closer to Katey after her marriage.

We are looking forward to learning more about Katey as she navigates her life as a Duggar and a new bride.