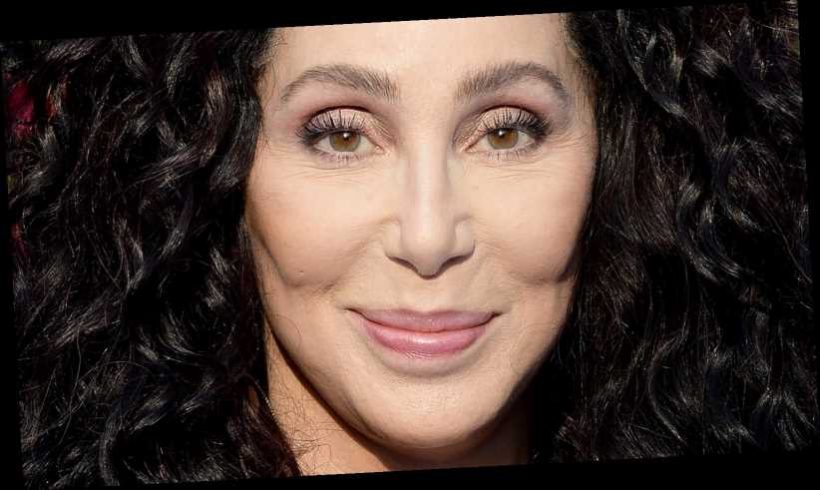 The murder trial of Derek Chauvin is bringing up painful and angry memories for much of the country, if not the world. The former Minneapolis police officer is accused of using excessive force for kneeling on George Floyd’s neck for more than nine minutes, leading to his death (via NBC News). It also led to months of protests and an increased awareness of implicit bias and racism in America. Many in the entertainment world have been speaking out against Floyd’s killing for months, but one recent statement is prompting more scorn than support.

Cher is no stranger to activism and social awareness. The iconic singer has been vocal over the years in her support for women’s rights and her opposition to the NRA, Donald Trump, and even Thanksgiving (via W). In recent weeks, she has also been expressing her thoughts on the Chauvin trial. On April 2, Cher tweeted, “Was talking With Mom & She Said “I Watched Trial Of Policeman Who Killed George Floyd,& Cried”. I Said “Mom,I Know This Is Gonna Sound CRAZY,But..I Kept Thinking …..Maybe If I’d Been There,…I Could’ve Helped.”

Well-intended as Cher’s comment was, it came off as tone-deaf to many, and critics let her know it.

Why Cher's superhero instincts were so off-base

While some on Twitter sided with Cher and said they felt the same way, there was plenty of pushback as well. Many accused Cher of displaying a “white savior complex,” the trope of a white person grabbing attention for nobly helping the Black community (via Metro). One follower said, “Oh yay another White person centering themselves around [Black people’s] pain. I wish I was there to stop you from tweeting this.” Another remarked on “how tiresome it is for whites to use our horror as their hypothetical hero statement. It’s easy to say something like this but it actually changes nothing.” Some users also pointed out that there were numerous witnesses who did try to stop Chauvin, but couldn’t; others argued that Floyd shouldn’t have needed to be saved from Chauvin in the first place.

Cher’s tweet also inspired a thought-provoking article from Black Health News. In a 10-point list, writer Shamontiel L. Vaughn laid out reactions like Cher’s that do more damage than good, such as “asking others if they are as ‘mad’ as you are” and “telling black people how sad you are and about your prayers — only to go back to ‘life per usual’ after.” Vaughn also pointed out that plenty of other George Floyds could use someone to stand up for them now: “Absolutely no one is stopping you from going outside to fight crime right at this very moment. Racial profiling didn’t stop nor start on May 25, 2020.”