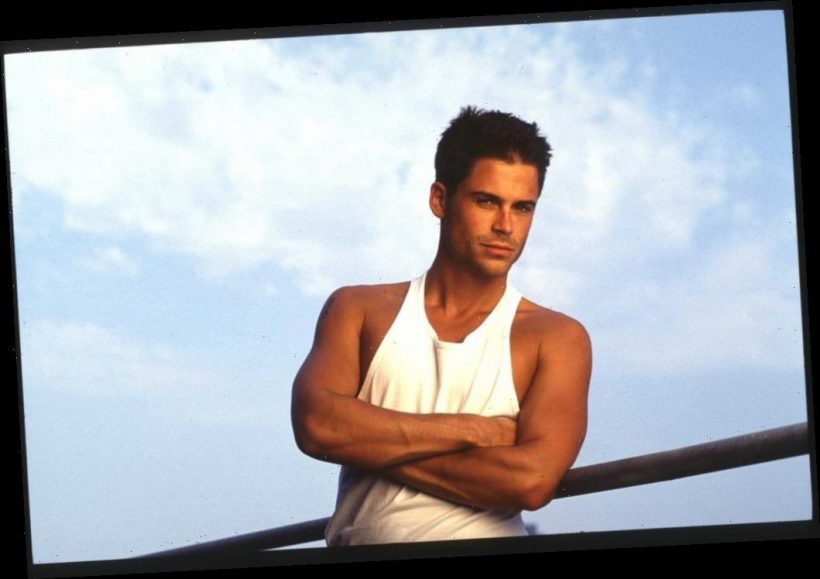 Rob Lowe is famously known for being a member of the “Brat Pack.” In addition, Lowe’s personal life sometimes seems as though it could be taken from a “Brat Pack” movie. Let’s take a look at his personal life and what he had to say about the time someone gave him a condom as a gift.

Rob Lowe and a dinner date

In Stories I Only Tell My Friends: An Autobiography, Lowe reveals he had been invited to dinner by his younger brother Micah’s babysitter. He does not reveal her name but says she was sixteen years old and he was fourteen. “Recently she has been relentless about wanting to cook me dinner for my fourteenth birthday. I say yes without much thought to it one way or another.”

He describes Micah’s babysitter as an “outsider” in social circles – much like him. As of late, she has been giving Lowe rides to school. In some way, he sees her as mature – “she might as well be an adult.” Lowe says she loves horses and “she goes to some strange granola-crunching high school that no one’s really heard of. But she’s always nice to me, has beautiful eyes, Farrah Fawcett hair, and, Lord help me, an amazing body.” Lowe accepts the invite and goes to a mobile home “overlooking the beach at Paradise Cove.”

Lowe is handed a birthday present by his dinner date. He relays the box is very small. At the dinner, they are also celebrating Lowe’s recent acquisition of commercials for Coca-Cola and for a blender. Lowe was going to be an extra in both promotions but it is certainly celebration worthy. He says, “you’d have thought I was starring in a major motion picture.”

Lowe opens the gift wrapped with Christmas paper. He says, “She grins and my heart pounds. It’s a condom.” At that point, Lowe realizes “her master plan” with dinner at a quiet location and her gift. “I’m going to lose my virginity. I feel the slow, hot burn of what we today call ‘performance anxiety’ flush through my body.” He added “I’m gonna have to ride this baby all the way, like it or not.”

Afterward, Lowe thought “what’s not to like?” He was fourteen, she was sixteen and it was the first time for both of them. “Older girl, very cute, handpicks her prey and does all of the work,” he recalled. “I guess I could’ve chosen my own time and place, but at the rate I was going, it could’ve been years till I got it together!”

And so, Lowe says on the beach, he lost his virginity to Micah’s babysitter that night. He stated “on a moonlit beach, we cross that wondrous, anxiety-filled Rubicon, cutting away the last vestige of childhood. I wasn’t in love, she wasn’t even my girlfriend, but she was kind, she was pretty, and she was my good friend. I was too young to know how valuable and rare that combination is. But after that warm March night in Paradise Cove, I was on the road to finding out.”

Who did Rob date after that?