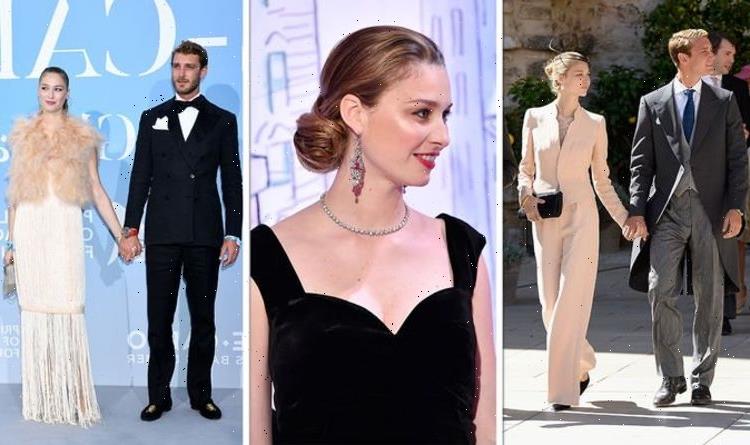 Kate Middleton style: Tips for dressing like the Duchess

Beatrice Borromeo, 36, is the daughter of Italian aristocrat Don Carlo Ferdinand and worked as a political journalist and documentary maker before marrying Pierre Casiraghi, 33, in 2015. Pierre is the son of Princess Caroline of Hannover, who is the daughter of the late Princess of Monaco, Grace Kelly.

Beatrice Borromeo is known for her expensive penchant for stunning designer clothes.

On her wedding day in 2015, the Italian beauty wore four couture gowns, two by Valentino and two by Armani Privé.

Now a mother-of-two, Beatrice’s style choices continue to inspire and spark discussions among the fashion elite.

But why did was she crowned this year’s most stylish European royal instead of another impeccably dressed woman – Kate Middleton?

Beatrice and Kate are both royals in their mid-thirties, but they have very different lives.

An ambassador for Dior, Beatrice leads a luxury lifestyle on the almost tropical French Riviera, while Kate sticks to royal duties on the less-so-sunny costa del Norfolk.

Fashion stylist Miranda Holder said Beatrice might have been crowned most stylish royal because she “exudes old-school sophisticated Hollywood glamour combined with a little bit of edge, which keeps her style modern and relevant”.

“She also has an enviable flair for piecing show-stopping outfits together,” Miranda noted.

“Her fashion faux pas over the years have been negligible, and she knows how to dress for her stunning figure and experiment with colour and silhouette.”

The stylist added: “When it comes to dressing, she has a sense of playfulness and drama which the more conservative British royals lack.”

Beatrice has been seen wearing trainers on the front row at Fashion Week, as well as more casual clothes in public.

Meanwhile, it is only in recently that Kate has built up the confidence to wear jeans and a relaxed blazer to a royal engagement.

Although more daring with her fashion choices in the past few years, Miranda claimed that Kate is still less confident than Beatrice.

“But Beatrice carries this off with a poise and inner confidence that demonstrates she is fully comfortable in her own skin.

“She is not afraid to take the odd style risk – and this pays off.”

Miranda noted that when Beatrice carries out royal duties, her sense of style is “more daring and flamboyant whereas in Kate’s role her style is far more understated, but still eternally chic”.

The fashion stylist added: “Kate frequently wears the same outfit to several occasions and reminds us to be more sustainable in our wardrobes while supporting home-grown, up and coming designers, while Beatrice favours the more ostentatious designers such as Valentino.

“Both are style icons, but their differing heritage and cultures set them very much apart.

“Kate Middleton has a classic, timeless style and beauty that retains her accolade as Britain’s most stylish royal.

“But Princess Beatrice is also one to watch as she has made some exquisite fashion choices in recent years.”