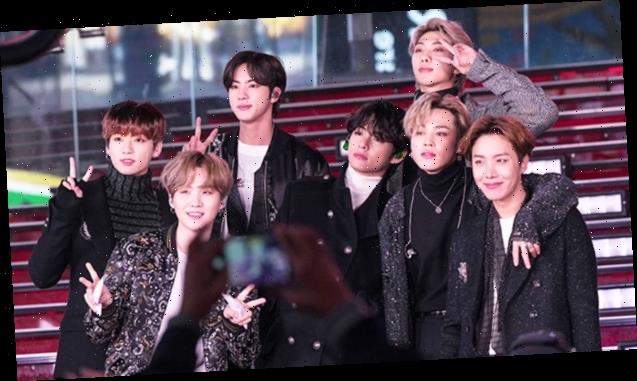 Virgil Abloh, the creative director for Louis Vuitton menswear, sent the guys from BTS epic invitations to join him for the brand’s next presentation on Jan. 21.

Louis Vuitton will unveil its newest menswear collection, created by Virgil Abloh, on Jan. 21 — and BTS will have a front row seat. Hours before the show, Louis Vuitton’s official Twitter account shared a video of BTS receiving their invites to the event. “[BTS] for #LVMenF21,” the video’s caption read. “BTS receives their invitations to watch Virgil Abloh’s upcoming presentation. Watch live on Thursday, Jan. 21 at 2:30 p.m.”

The 30 second video showed Jin, Suga, RM, J-Hope, Jimin, V and Jungkook being presented with personalized coffee cups, which each had a Louis Vuitton label on them. Then, they were seen opening up individual boxes, which had wooden airplanes enclosed. The guys assembled their wooden airplanes, which were adorned with the LV symbol, and had some fun getting them to fly before the clip ended.

Fans were so excited to see BTS and Louis Vuitton teaming up, and were, of course, anxious to find out if there would be a further collaboration between the band and fashion house. “Guys do you even realize that we might get BTS as models for Louis Vuitton?” one fan speculated. Another tweeted, “Other artists who were invited to the Louis Vuitton presentation posted their invitations on their own. Only BTS were the ones who Louis Vuitton THEMSELVES revealed to be invited as well. I’M WHEEZING Y’ALL, BTS ARE SPECIAL SPECIAL GUESTS.” 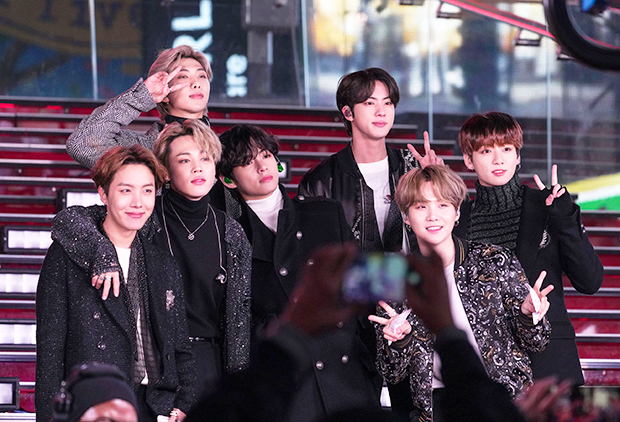 Back in Aug. 2020, the BTS guys held a virtual press conference for their song “Dynamite,” and they all wore looks from Louis Vuitton’s Men’s Fall/Winter 2020 Collection. The boys all rocked different versions of Virgil’s take on a menswear staple — suits. At the time, fans were stoked to see the guys representing such an iconic fashion brand, but they had no idea that even bigger things were coming!

Virgil Abloh has been the menswear creative director at LV since March 2018. He debuted his first collection for the brand that June. Virgil has worked with stars like Kanye West, Rihanna, Hailey Baldwin and more in the past.