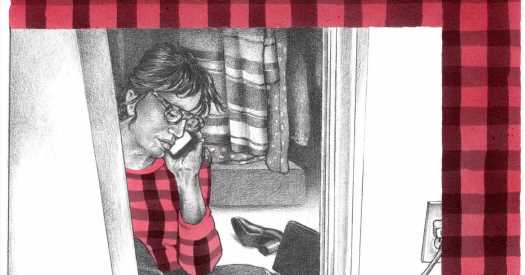 Of everything the pandemic has stripped from her, Juliana Jackson, 31, a second-grade teacher in Denver, misses her alone time the most.

“I am either working or with my husband,” she said. “The car is literally the only place I am ever alone.”

Her husband used to go to the gym a few times a week for hours. As a project manager, he often traveled for work, giving her days of space.

Alone in their apartment, she would binge reality TV shows like “Supernanny” and play Taylor Swift on full volume when she was cooking. She would order pepperoni pizza, something he, a healthy eater, would never touch. “For me, the greasier the better,” she said.

She would also use the time to vent about her partner, a normal part of any relationship that sometimes helps problems. “Now I go on walks and call people to vent about him and things about living together,” she said. “I got a membership for the botanic garden, where I will hike by myself for hours.”

As the pandemic has stretched on, her need for privacy has grown more urgent. She said she knew “there is an end in sight” — she was prioritized for vaccination, as a teacher, and got her first dose in early March — but she still chafed at the endless together time. So for a weekend in February she booked two nights at Life House, a boutique hotel in Denver with a bar decorated in wildflowers and guest rooms decked out in Marshall speakers.

She watched bad TV, ordered unhealthy takeout, blasted music and took in the sights of a neighborhood that isn’t her own. “It was amazing,” she said. “They upgraded me so I had a king bed and a set of bunk beds. I used them as daybeds.”

“I told my husband I just need to get out,” she said. “He asked me if I had a secret boyfriend.”

With the pandemic raging on, many Americans are still cooped up at home with roommates and family members. During the summer they could head outdoors for space, but the winter’s cold temperatures and shortened days hampered that escape plan in much of the country. Spring cannot come soon enough — for even more reasons this year.

A lack of privacy has taken a toll on some relationships, causing roommates to part ways and adult children to move away from parents. Some have dealt with the issue by coming to terms with the fact that everything they do or say will now be witnessed by another. But many, like Ms. Jackson, have invented strategies to carve out spaces.

April Bartle, 19, a student at the University of Michigan-Flint, tried to live with her parents in her childhood home in Sandusky, Mich., when her college switched to remote learning last spring. “It was hard to find privacy, especially at the end of the day when I like to decompress alone,” she said. “They really wanted me to come hang out with them in the living room.”

They interrupted her classes, asking her to do the dishes or other tasks around the house. She was also acutely aware that they could hear every word when she was talking on the phone to friends or making social media videos. “My room shares a wall with the living room,” she said.

So when her sophomore year started in September, she decided to live with her sister and brother-in-law in a different town. “They live in a bi-level, so my room is on the upstairs part, and she and her husband are on the bottom part,” Ms. Bartle said. “My sister respects my boundaries, and I respect hers. She understands what it is like to be younger and want your space.”

Some Americans are finding quirky, previously overlooked spaces in the house to call their own.

Heather Christle, 40, an author and creative writing professor who lives in Decatur, Ga., said her happy space is now a closet. “My closest is protected by a multiple-door situation,” she said. “There is the bedroom, and then the bathroom, and the closet is on the far side of that. It’s the furthest point you can get from anybody else.”

It’s not that she doesn’t want to see her partner, a poet and professor at Wright State University, and her 6-year-old daughter. In fact, when her daughter slipped a note under the door into her closet the other day, she found it sweet and endearing. But she needs a private den to be creative.

The closet — “I don’t know how big it is, but I am 5-foot-6, and when I lie down there is another two feet beside me,” she said — has no furniture; she prefers to sit on the carpeted floor. It also still has her clothes hanging.

But she moved her books in there, so she can do research for a book she’s writing about London’s Kew Gardens. She also hung a tapestry on the wall with an image of an Alpine meadow, which serves as a backdrop for when she teaches and goes to therapy, all activities she does in her closet.

The only sacrifice she is making for her privacy is sunlight. “A closet is a dark space,” she said. “I have been taking my vitamin D.”

Tom Sharpe, a 52-year-old high school teacher in Toronto, has created an oasis for himself in his backyard, even in winter.

He has a wooden table and chairs, which he covers with a patio umbrella or a tarp when he wants to be out there in the rain or snow. “I have a really, really warm bomber-style hat that goes down to my ears with fur,” he said. “I put on that and thick ski pants and an outdoor winter jacket, and I can be out there for hours.” He has a patio heater, but he doesn’t turn it on often because it scares away the squirrels and rabbits that run around him.

“I will sit out there, have a beer, and chill out,” he said. “It’s good I prefer cold than hot. When we used to go on Caribbean getaways, I spent the whole time finding shade.”

Others have given up on their quest for privacy altogether.

Erica Naito-Campbell, 40, a lawyer in Portland, Ore., prioritizes her therapy. In the spring of 2019 she testified in a criminal sexual harassment trial, and she has been trying to get her life back to normal ever since.

Her property sits on a half-acre of land. With a ravine and a pond, it’s officially considered a wetland. In the summer she would go out there and speak her mind freely to her therapist, knowing she was surrounded by nature.

When it got cold, however, she didn’t know what to do. “I tried sitting in my car one time, but it felt kind of weird,” she said. She is currently renovating her house, which means construction workers are there daily, even in the bedroom. Also, when she is inside, her partner overhears her confidential conversations.

She had a few sessions where she tried to speak in a whisper, but then she gave up. She decided that continuing with her therapy was more important than keeping its contents a secret.

A few weeks ago, she said, “there was nowhere to go, so I sat at my kitchen desk and was sobbing on the phone, and the carpet guy was 20 feet away. I was like, ‘Oh well. I need to have a therapy session.’”