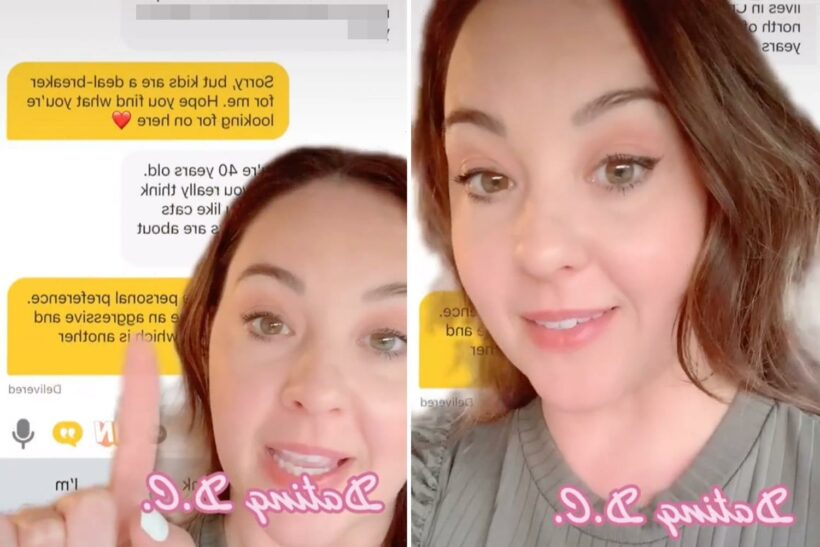 DATING apps have become the most popular way for singletons to connect with each other online.

But as we all know, the conversations on these apps can sometimes go south. 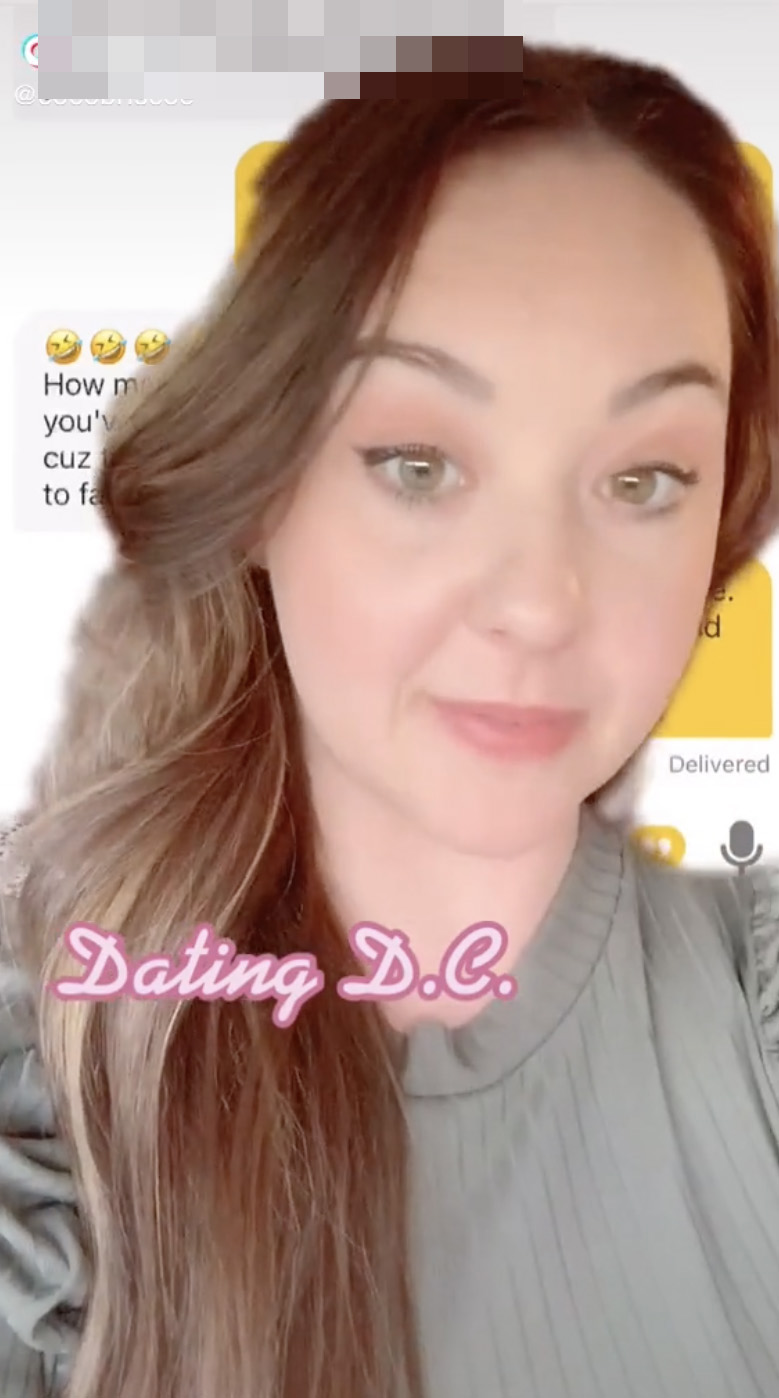 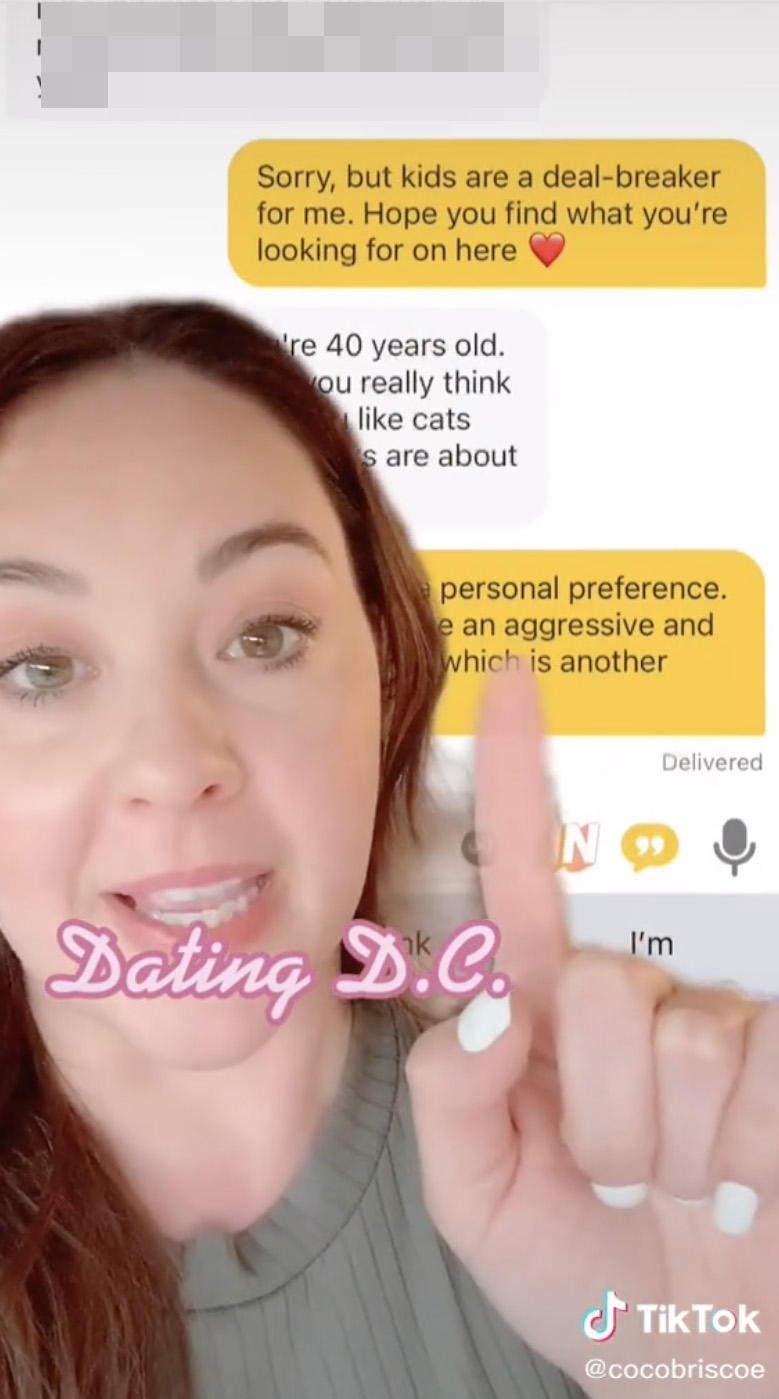 A woman who goes by Coco Briscoe recently shared a negative experience she had while trying to find love online.

Speaking to the camera, she explained that a man she connected with online did not mention that he had children on his dating profile.

“While we were talking back and forth on Bumble, he mentions he has children—multiple.”

Coco then showed a screenshot of the conversation that ensued.

She expressed her disinterest in dating someone with children to the man, telling him: “Sorry, but kids are a deal-breaker for me. Hope you find what you’re looking for on here.” She ended the message with a heart emoji.

His response, however, caught her by surprise.

He began his reply with the emojis that show a face hysterically laughing.

He went on: “You’re 40 years old. How many options you really think you’ve got? I hope you like cats because trust me those looks are about to fade real quick.”

Angered and slightly humored by this ridiculous response, Coco revealed her reply:

“That’s just a personal preference. Clearly you’re an aggressive and rude person which is another deal-breaker.”

Coco took this experience as an opportunity to set the record straight with her TikTok followers.

“I am so sick of this toxicity I could f***ing scream.”

Viewers in the comments section, however, were divided when it came to defending Coco.

Some people chose to blame her instead:

“How hard is it for you to write ‘I don't date guys with kids’ in your profile? I have ‘I don't date single moms’ in my profile and it works,” one user wrote.

“I get it, but the older you get the more you’re going to have to get over that people have kids. I personally don’t know anyone over 30 that doesn’t have 1,” said another.

Still, the majority took her side:

“Ah excuse me, how dare you have preferences and boundaries and expect them to be respected?!? The audacity,” one sarcastically wrote.

Another called out the double standard we all know so well: “How funny that it's fine for guys to say they don't want a partner with children, but it's somehow not okay for a woman to seek a child-free partner?” 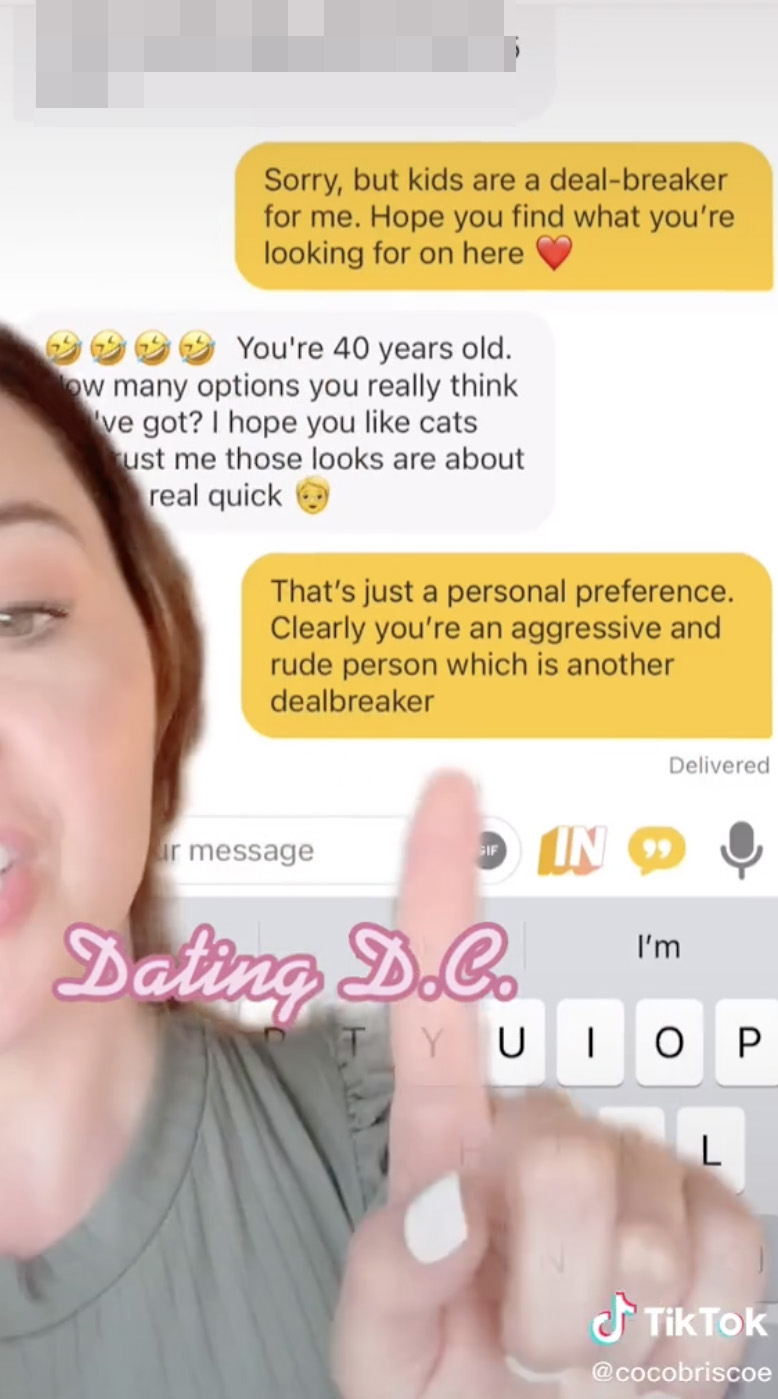