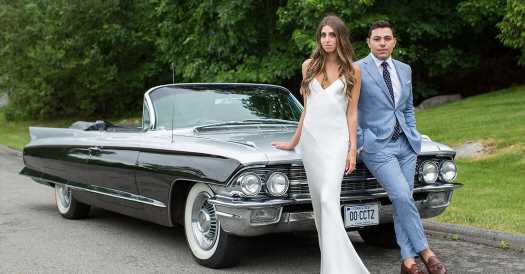 Madeline Rhiana Belloff was at the ready with Red Bull Energy Drinks, Sour Patch Kids candy and Goldfish crackers, while Daniel Alexander Martinez fortified them with sandwiches from the local deli when they often studied together at Columbia.

“We were both studious and nerdy,” said Ms. Belloff, who likes to say they met “across the Broadway divide,” in 2012 as sophomores — she at Barnard and he at the engineering school at Columbia.

They hung out in the same group of fraternity and sorority friends, and two or three times a week a bunch of them would drop by 10/20, a local college bar, during her bartending shift, usually Mr. Martinez’s idea.

“She was very adventurous and silly,” said Mr. Martinez .

Ms. Belloff, 28, is now a communications strategist at Joele Frank, Wilkinson Brimmer Katcher, a public relations firm, and Mr. Martinez, 27, a strategy consultant at the Boston Consulting Group, both in New York.

During her spring 2014 semester abroad in Cape Town, she broke up with her boyfriend. Mr. Martinez, who checked in with her daily, usually on WhatsApp, got the lowdown on her human rights classes on the African experience, and her adventures bungee jumping and skydiving.

“When I got back I realized how close we were,” she said. “We had such a great summer.”

In August, Mr. Martinez helped her father lug her furniture up four flights of stairs when she moved into a two-bedroom walk-up on West 79th Street.

“I convinced him to stay with me,” said Ms. Belloff, who was without internet, cable and air-conditioning, and wanted company while her roommate was away. “Something switched from friendship.” 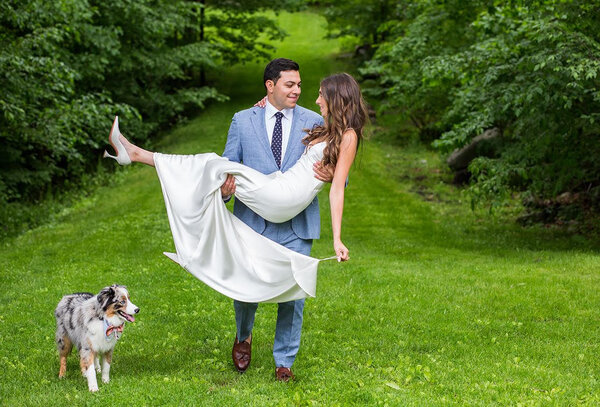 But they resisted labeling the romantic turn, and she only told her roommate about it. One friend caught on when he noticed Mr. Martinez listening to rapper Talib Kweli, a favorite of Ms. Belloff.

“Maddy introduced me to a lot of ’90s East Coast rap,” said Mr. Martinez, who grew up in Upland, Calif., and still has the original playlist she inspired.

In October 2014, he secretly took her on their first date to Pisticci, a restaurant close to school, and around Christmas she joined him as “friends” on a family trip to Cartagena, Colombia. He introduced her as “mi amiga,” my friend, to his confused parents, who saw something more. (His father died in 2018.)

“I always loved him,” Ms. Belloff said. “That was easy. Putting on a label was challenging.”

Their last evening in Cartagena, he asked: “Could you be my girlfriend?”

By Christmas at his parents’ house in Bogotá (they also lived in California) he introduced her to relatives as “mi novia,” my girlfriend. It came as no surprise when they slowly shared the news back at school, and then they became more serious after graduation.

In July 2018, he moved into her studio in Battery Park City, while he did a lot of traveling as a technology consultant. A year later, he decided to go to the Wharton School at the University of Pennsylvania, from which he recently received an M.B.A.

“One of us is going to get a degree out of this, and one of us deserves a diamond,” she told him in no uncertain terms before their long-distance relationship began.

In July 2019, he proposed in Wagner Park on a rainy morning by their apartment, and they soon drew up a list of 120 guests for a destination wedding in Cartagena.

In March 2020, Ms. Belloff, who is taking the groom’s name, planned to meet Mr. Martinez, visiting friends in Buenos Aires, in Cartagena to check out venues. But, once the pandemic hit, he had to fly home, and they put their plans on hold.

On May 29, a rainy, unseasonably cold day, Audrey E. Belloff, a Universal life minister, and the bride’s older sister, officiated at their parents’ home in Mahopac, N.Y., before 29 vaccinated guests. The bride’s father walked her down the aisle, and Milo, the couple’s 10-month-old Australian shepherd, was the ring bearer.

“So what if it was 40 degrees and my hair was frizzy,” she said. “I was in the comfort of friends and family.”