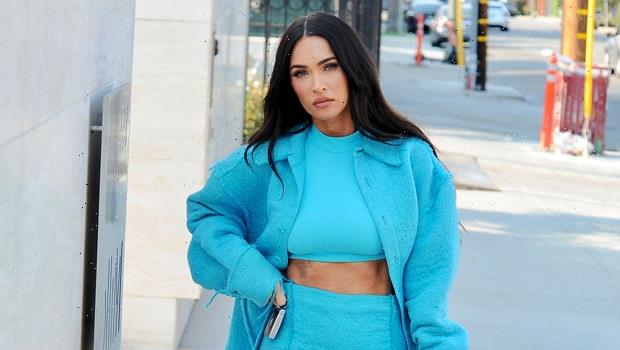 While out in Los Angeles, Megan Fox looked like a monochromatic marvel in a blue crop top and matching coat and skirt.

Megan Fox looked like an off-duty model while out in Los Angeles last week. The actress, 35, stunned in a stylish cyan blue turtleneck crop top and high-waisted skirt set as she headed into photography studio Milk Studios. Megan finished the look with a coat and heels in the same dreamy hue and a furry brown handbag. 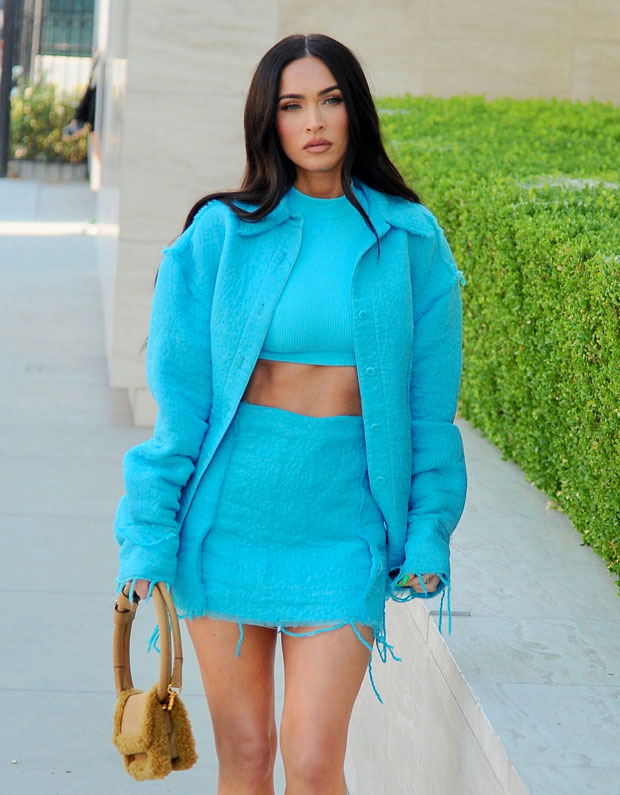 The monochromatic fashion trend is one that the star wears well. Last week, Megan stepped out in another swoon-worthy ensemble that consisted of a sexy red open-front cardigan and matching tea-length skirt while at Milk Studios once again. She finished the very good look with a tiny matching red handbag and gold strappy heels.

The actress is in the midst of photoshoots following the release of her new crime thriller film Midnight in the Switchgrass, which premiered in theaters last month. The film follows an FBI agent and a local state officer who team up to investigate a series of unsolved murder cases. The Randall Emmett-directed project also stars Bruce Willis, Sistine Stallone, and, of course, Megan’s musician boyfriend Machine Gun Kelly. 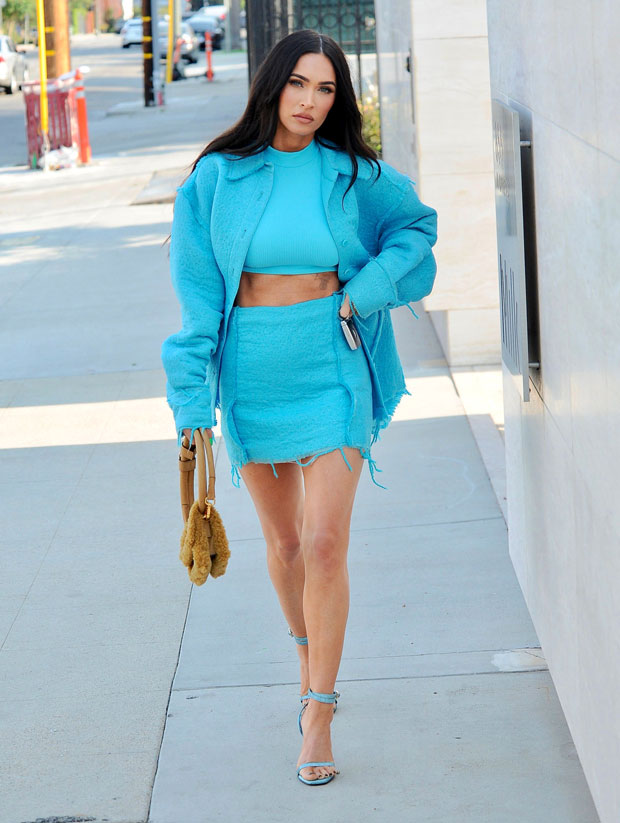 The two met on set and began a relationship earlier this year following Megan’s split from husband Brian Austin Green late last year. In an interview with The Washington Post in July, Megan revealed that she knew that the musician, real name Colson Baker, was her “soul mate” the instant that they met. “The first time I looked into his eyes, I was like, ‘I know you. I have known you so many times, in so many different forms, in so many different lives,’ the actress said, adding that she did not expect it to have that “God, you are my soul mate, instantly” moment.

Last year, when the couple gave their first joint interview on Lala Kent’s podcast, Megan similarly gushed about how the cosmos had instantly aligned, calling the musician her “twin flame.” The actress gushed, “I knew right away that he was what I call a twin flame. Instead of a soul mate, a twin flame is actually where a soul has ascended into a high enough level that it can be split into two different bodies at the same time. So we’re actually two halves of the same soul.”