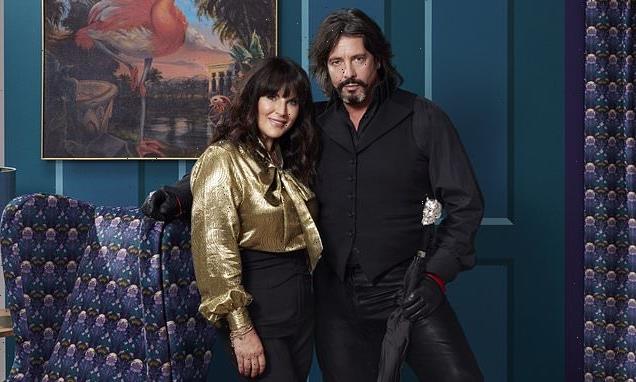 Welcome back to a great British institution. Changing Rooms (C4) is cheap, brassy and bonkers — like Rovers Return barmaid Bet Lynch with a paintbrush.

Interior designer Laurence Llewelyn-Bowen compares the original show to the Carry On films. ‘I was very Kenneth Williams. Handy Andy [builder Andy Kane] was very Sid James. We had a whole series of lippy dolly-bird types.’

Like the Carry Ons, which gradually shed almost all their stars, Changing Rooms has lost most of the familiar faces from its glory days, between 1996 and 2004.

There’s no Carol Smillie, no Linda Barker, and designer Anna Ryder Richardson has long gone — though the new presenter is her namesake, Anna Richardson. 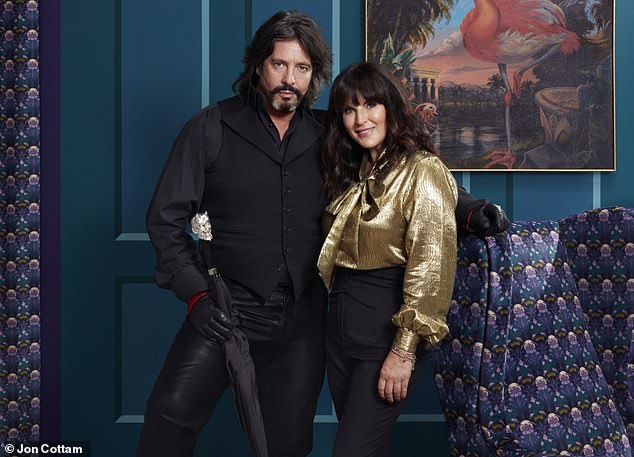 LLB is still in charge . . . scuffed and battered, with his springs sagging, like an old sofa. In the 1990s, with his gelled mane, he looked like sex-mad rock star Michael Hutchence.

Now, in a voluminous black waistcoat and leather trousers, with a goatee, he’s more of a chubby Lee Van Cleef — a Spaghetti Western gunslinger who’s had too much spaghetti.

He still possesses a flair for the dramatic makeover, though. This time, reworking the beige living room of a bungalow in Swansea, he went for a peacock-and-flamingo theme. With a lovers’ swing hanging from the ceiling, he declared the result ‘cocktailicious’.

Florist Claire, whose home it was, seemed delighted, though I bet she has since removed the 6ft photo of Laurence’s face from the lounge door.

Across the road, in the bedroom of Claire’s best friend Lisa, the designers were going for a ‘high glamour, drag queen theme, with Las Vegas showgirl elements’.

This included a wall of cascading blonde wigs. Confronted with that, Lisa looked ready to chuck up — as anybody would, if they came home to find their bedroom festooned with human scalps. 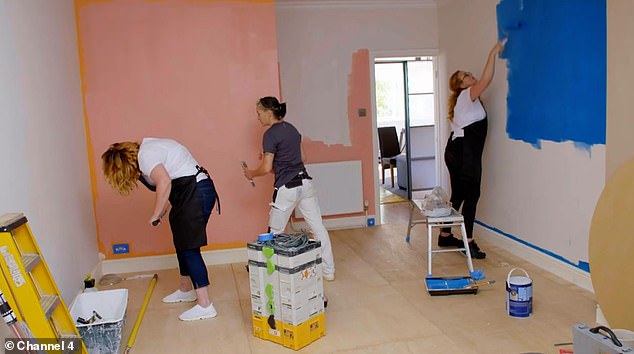 A scene from the show’s trailer. We saw lingering close-ups of paint on rollers, paint on brushes, paint going on walls, paint pouring into trays and buckets, says Christopher Stevens

Foggy daytrip of the week

‘Hold on your horses!’ said Bruno. ‘This has to be one of the best views ever,’ Craig replied.

But they couldn’t see a thing for mist.

A couple of days earlier, the theme was Victorian chintz, with a flowery bedspread and water jug. Now it looked like the lair of a serial killer.

‘It’s not that I don’t like it,’ said Lisa . . . who hated it. Once a BBC mainstay, Changing Rooms has switched to Channel 4, where it is now ‘sponsored by Dulux’. This accounts for the cameraman’s new obsession with paint.

We saw lingering close-ups of paint on rollers, paint on brushes, paint going on walls, paint pouring into trays and buckets. The moment when each paint-pot was opened became a big reveal, as the designers gathered round and bleated with excitement to see the colour.

‘Like blancmange!’ squawked one, as the lid popped off a can of pink. This went straight on the ceiling. Anna was agog: ‘They’ve designed a canopy on the ceiling . . . just using paint!’

No one gave a hoot about paint in Jay’s Yorkshire Workshop (BBC2), where what matters most is a nicely chamfered baton. Three experienced carpenters were giving woodwork lessons to novices, making furniture as gifts for deserving cases, under the eye of flat-capped Repair Shop presenter Jay Blades. 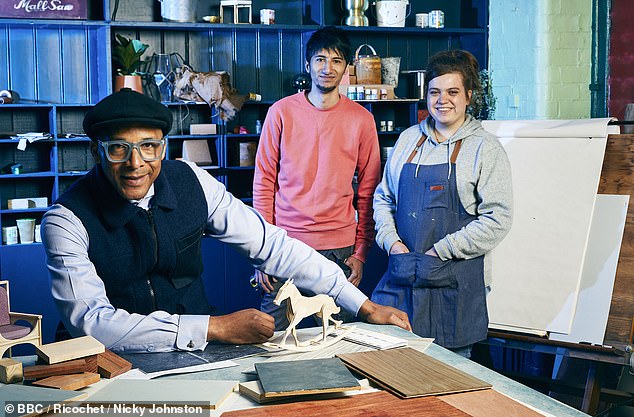 ‘This place changes lives,’ Jay declared. ‘That’s how strongly I feel about it – it’s a big statement.’

It didn’t change lives, of course. It did provide a care home with a garden seat, and a new sewing box for an mum with three disabled children… who visited the workshop and stole the show.

An hour of woodwork is, frankly, dull viewing. But the stories were heartwarming. A young man called Jack donated half his liver as a transplant for a stranger, Connor. Jack’s reward was a sideboard with sliding doors. Luckily, Connor fell in love with his donor and they’re now a couple.

That’s better than a sideboard.