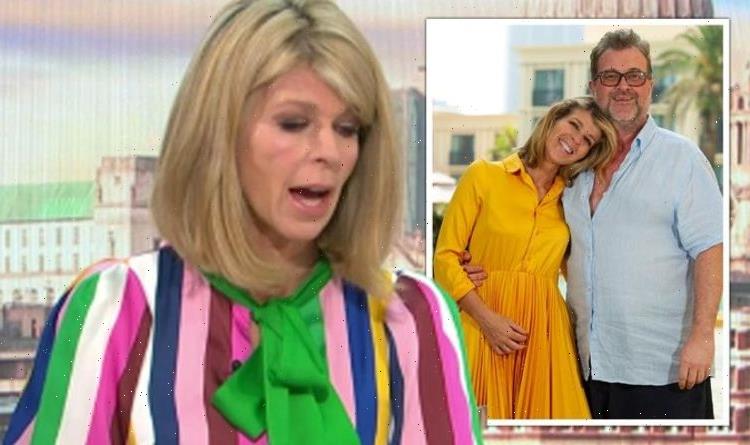 Kate Garraway says she is 'heartbroken' by Kabul takeover

Kate Garraway was thrilled to be nominated for a National Television Award for her documentary about Derek Draper’s recovery from coronavirus. The Good Morning Britain presenter was hopeful he’d be able to attend the awards ceremony next month but speaking to co-host Richard Bacon on Thursday morning, she admitted it might not be as easy as she hoped.

“I’m really chuffed for the production company and everybody involved and for Derek because I think what we hoped to do was touch people and represent people who are still very heavily impacted by Covid, and there are millions of them,” Kate said.

“Maybe not all to the degree that Derek is but millions of them and remember them and the fact that their life goes on as we continue to fight against the disease.”

Richard asked: “One question, I wanted to ask you.

“You were saying on Tuesday you were hoping that Derek might be well enough to attend the National Television Awards in September. Is that realistic?”

“Oh I don’t know, yesterday it certainly wouldn’t have been,” Kate sighed.

“I don’t know if it’s right, it would just be a lovely thing for him to experience how much and what he’s been through has touched people.

“But I don’t know if it’s going to be possible and we’re sort of taking everything a day at a time.

“The logistics certainly won’t be easy and I think the organisers might weep at the thought of all we’d have to do to make it possible.

“It would be lovely for everyone to see him but I don’t know, maybe if it was in January. September might be a bit soon.”