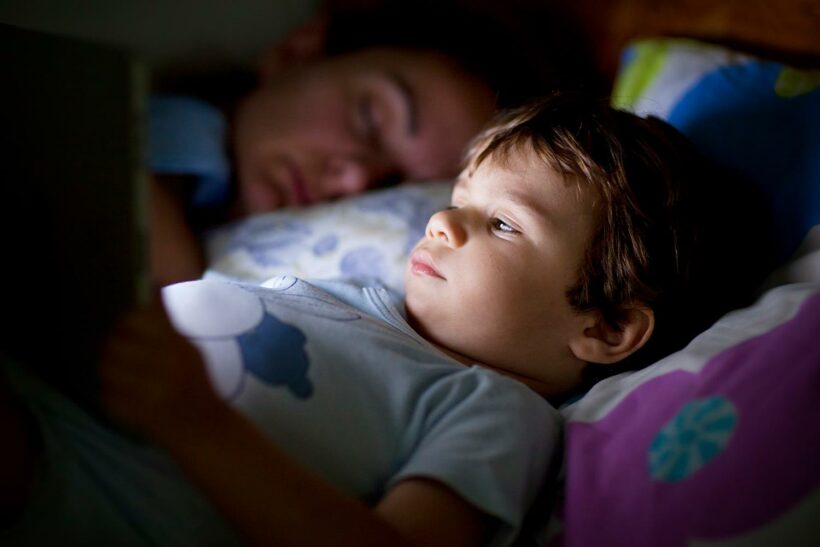 RAISING children in the digital age raises many tricky questions and unexpected challenges.

It is difficult for parents to navigate this ever-changing online world and understand what boundaries to implement within their families.

One woman took to Reddit to share the dilemma she and her husband faced with their 4-year-old son.

“Over the last month, we’ve been letting our son ‘scroll’ through YouTube on the TV while we were in the room or nearby as his TV time,” she wrote.

“He found some cute stuff he really enjoyed, but as the days went on he kept accidentally stumbling on weird stuff… maybe not ‘bad’ stuff but just generally strange.”

Both parents began to feel uncomfortable with his usage after they found him clicking on a, “botched scary ‘kids’ video that advertised his favorite characters and seemed harmless in the thumbnail.”

The woman said that she and her husband typically utilize their son’s “TV time” to relax themselves or get things done around the house.

But with his perusing on YouTube, they feel they must constantly monitor him instead.

“In just the few weeks he’s been watching YouTube, he has given up all of his other favorite educational TV shows and movies filled with lessons on life. He just wants to watch CGI animations of Frozen characters dancing to popular music,” she added.

So, they made the decision to ban their son from watching YouTube entirely.

“But now I’m second guessing myself, because if adults can enjoy mindless TV, why can’t kids? Should we just be less begrudged to monitor his TV closely? I’m conflicted.”

To the mother’s relief, most of the reddit community reassured her that she and her husband made the right decision.

One woman commented: "Nope. I am a very relaxed mama with screen time and letting them choose, but YouTube is where I draw the line too. I had to ban it after my son went from innocent paw patrol to these weird hand-drawn, not good paw patrol animations with one creepy guy doing voiceovers. Ban away."

Another parent expressed a similar sentiment: "This right here! I don’t really care about screen time but YouTube is a huge no-no. I found out grandma wasn’t supervising her tablet and my small kid was watching 'Jeffy,' a diaper-clad puppet that rubs his privates and loves the f-bomb, advertised to kids. Disturbing."

After reading through some of the comments, the woman edited her original post to thank those who advised her that she did the right thing, and shared that she grew up in a “toxic fundamentalist family,” so she struggles “with knowing if I’m setting up appropriate boundaries or not because my childhood was so extreme and chaotic.”