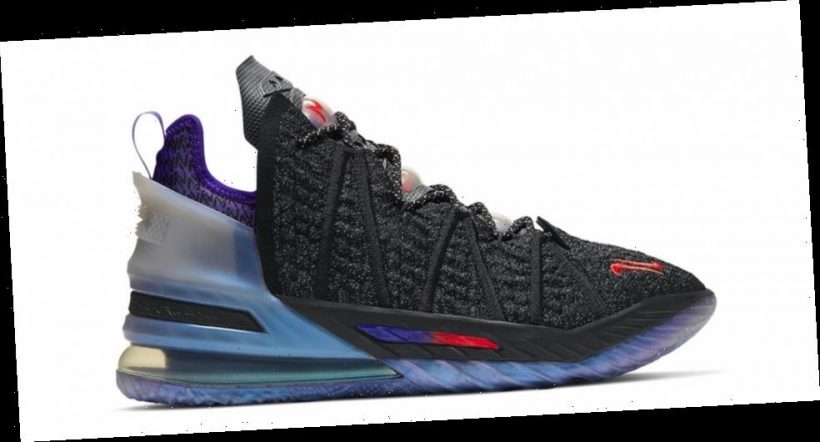 Paris Saint-Germain‘s football star, Kylian Mbappé gets a Nike LeBron 18 tribute with the new 18s coming dressed in the team’s colors. With two of the biggest names in sports joining together, the shoe is sure to merge fans between the world of basketball and soccer.

The Nike shoe, although maintaining LeBron James‘ signature shoe silhouette, appears to feature the French team’s noteworthy color scheme on the Knitposite 2.0 upper, which is accented by a bold Blue and Red, a nod to the French flag. The insoles detail the outline of the soccer field, further paying homage to Mbappé’s profession. The upper is constructed in black mesh, speckled with tints of gray, matching the black and gray laces intertwined between the eyelets. Adding to the iridescent features are the pearl-like textured heel counter and outsole. The deep purple interlaced throughout the shoe, including on the heel tab and in the galaxy blue-purple outsole, blends the two athlete’s team colors together, as signified through this collaboration. Stamped on the tongue is the soccer forward’s “KM” branding, along with two reversed Swoosh logos stitched in red on the toe of the shoe. Alongside Mbappé’s branding is LeBron’s King James logo impressed into the heel and on the bottom of the sole.