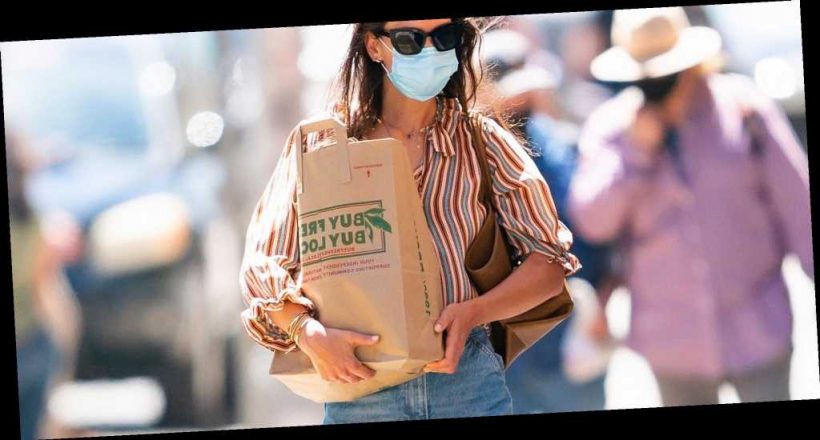 Celebrities are celebrating the start of spring with chaotic and controversial jeans. Chrissy Teigen wore two-tone jeans, Jennifer Garner wore skinny jeans that tore the internet apart, and Katie Holmes has doubled down on her love of extremely wide-leg denim. Nordstrom has taken a cue from them and secretly put thousands of pairs of jeans on sale to encourage all of us to spring shop instead of spring clean. Ain't nothing wrong with that, especially when discounted denim is involved. This time last year, most of us were giving up on hard pants, but now that we've been living in sweatpants for over a year, they're making a major comeback. Clearly, celebrities are ready, and considering prices start at $18 at Nordstrom, you have no excuse not to be. If you're interested in feuding with Gen Z, there are plenty of skinny jeans to choose from, including the famous pair by Mother worn by nearly everyone in Hollywood. On the opposite side of the spectrum, there are the wide-leg jeans that are slowly taking over: Katie Holmes has been warning us for a while that they'd be back, and now you can score a pair for under $75. If you're more interested in celeb-loved brands instead of trends, Jennifer Aniston's go-to Rag & Bone is discounted for as little as $74. There's also Jennifer Garner's go-to brand, Paige, which also starts at $74.

Regardless of the trends, jeans are a staple, especially for spring. And you don't even have to choose between skinny, wide-leg, or classic boyfriend jeans — you can easily buy all three at Nordstrom right now for what you'd normally spend on one pair. If you feel like not getting into the Gen Z-Millennial denim war, you can always opt for mom jeans.

Shop the best denim deals from celeb-loved brands at Nordstrom below.

The Best Paige Deals to Shop

The Best Frame Deals to Shop