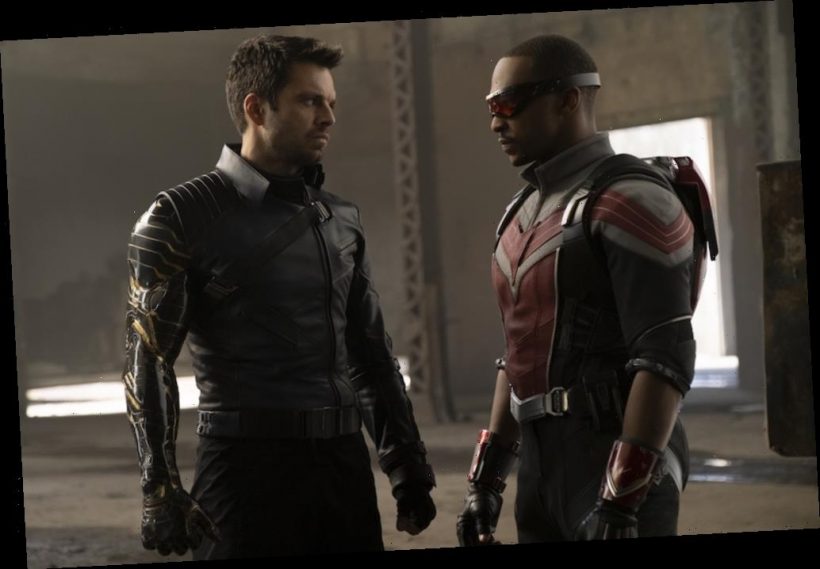 Longtime fans of the Marvel Cinematic Universe will feel right at home with “The Falcon and the Winter Soldier,” but for those who have missed out on the franchise’s films — especially the “Captain America” and “Avengers” films — some of the references in the new Disney+ series are bound to be confusing.

The Disney+ show doesn’t offer anything in the way of an explainer about The Falcon (Anthony Mackie) and the Winter Soldier (Sebastian Stan), who have each appeared in a handful of the franchise’s film installments. Here’s a quick rundown on each character’s backstories:

The Falcon, AKA Sam Wilson, debuted in 2014’s “Captain America: The Falcon and the Winter Soldier.” The character is a former pararescueman in the U.S. Air Force who happened to cross paths with Captain America/Steve Rogers (Chris Evans). The two struck a quick friendship and Steve and Black Widow/Natasha Romanoff (Scarlett Johansson) requested Sam’s aid after the former two were forced to go on the run. Steve and Natasha reacquire Sam’s high-tech wingsuit (Sam doesn’t have superpowers, but makes up for it with his combat experience and advanced technology) and the three work together to defeat the film’s antagonists.

Sam had a minor role in 2015’s “Avengers: Age of Ultron”; his most notable character development was officially joining the Avengers at the end of the film. The character also appeared in 2016’s “Captain America: Civil War,” where he opposed the Sokovia Accords, a law that placed the Avengers under government supervision. The Sokovia Accords caused a rift in the Avengers and Sam sided with Steve and a handful of other heroes but was ultimately imprisoned; Steve broke Sam and the other detained heroes out of prison at the end of the film. Sam went on the run for years before reuniting with several Avengers to defend Wakanda from Thanos’ (Josh Brolin) army in 2018’s “Avengers: Infinity War” but was one of the many heroes “blipped” out of existence until Thanos’ actions were reversed in 2019’s “Avengers: Endgame.”

“Endgame” concluded with Steve passing his shield and mantle to Sam, which Bucky — the Winter Soldier — seemed to approve of. Sam’s actions in the first episode of “The Falcon and the Winter Soldier” suggest that he’s apprehensive about being viewed as Captain America’s successor, but given that the show’s trailers have revealed that he eventually reacquires Captain America’s shield, the character will soon be back in action, shield and all.

As for the Winter Soldier, real name Bucky Barnes, the character’s first appearance was in 2011’s “Captain America: The First Avenger.” Bucky served in the U.S. Army prior to his best friend Steve receiving powers from a super-soldier serum. Steve eventually rescues Bucky and the rest of his unit after the latter are captured during World War 2 and it’s implied that Bucky received some sort of powers after being experimented on by HYDRA, the science division of the Nazi Party. Bucky later joins Steve in the superhero’s battles against the Nazis but falls a great distance during a mission on a train and is presumed dead.

Bucky reappears in “Captain America: The Winter Soldier,” which takes place decades after “The First Avenger,” as the titular antagonist. Like Steve, Bucky survived the passage of time and maintained his youthful appearance during the gap between films. However, very much unlike Steve, Bucky was brainwashed by HYDRA agents to become an assassin and terrorist and boasts a high-tech metal arm. Steve somewhat successfully helps Bucky break free of his conditioning and Bucky goes on the run at the end of the film.

Bucky plays a key role in “Civil War,” where it’s revealed that specific HYDRA codes can be used to trigger the character’s brainwashing. Helmut Zemo (Daniel Brühl, who reprises the role in “The Falcon and the Winter Soldier”), the film’s Avengers-hating antagonist, uses Bucky’s brainwashing to turn the Avengers against one another. The film also reveals that Bucky is one of several Winter Soldiers, but his colleagues are killed by Helmut before they can be reawakened from their stasis. The film concludes with Bucky exiling himself to Wakanda, where the Black Panther (Chadwick Boseman) and his allies help Bucky nullify HDYDRA’s brainwashing.

Like Sam, Bucky also has minor roles in “Infinity War” and “Endgame;” he’s killed by Thanos in the former film and resurrected in the latter. As mentioned, “Endgame” concludes with Steve passing the torch to Sam while Bucky looks on approvingly in the distance. While Steve and Bucky appear to have fallen out of touch in the months between the events of “Endgame” and the beginning of “The Falcon and the Winter Soldier,” it probably won’t be long before the duo reunite.