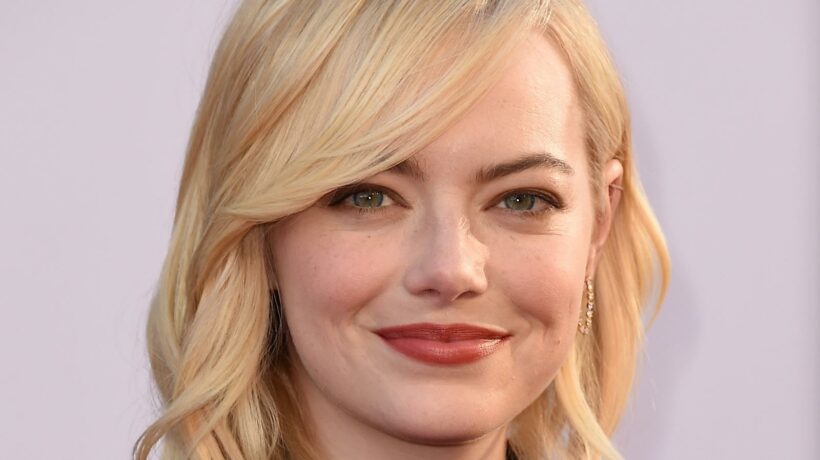 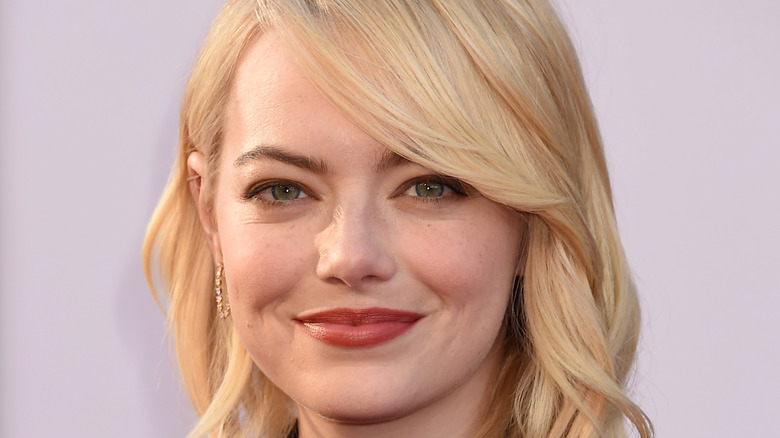 Before Emma Stone was captivating audiences as one of Hollywood’s lead actresses, the Arizona native got her first break in an unconventional way. Back in 2004, VH1 created a reality show titled “In Search of the New Partridge Family,” and Stone was one of eight actresses competing for the role of Laurie Partridge (via Biography.com). Stone dazzled with a performance of Pat Benatar’s “We Belong” and won the coveted spot, but the project didn’t progress past the pilot stage.

Despite this setback, Stone continued to pursue acting and finally received her time in the spotlight when she was cast in “Superbad” in 2007 (via IMDb). Ever since then, the 32-year-old has been adding one amazing role after the next to her impressive acting resume, all while establishing herself as one of the best-dressed starlets in showbiz. Stone’s red carpet style has earned her dedicated look books on notable sites like Elle and InStyle, but one look, in particular, stands above the rest. 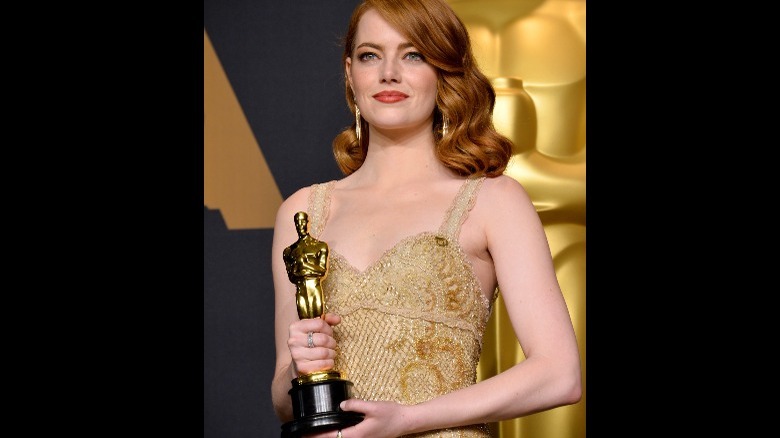 Emma Stone was nominated for Best Actress at the 2017 Oscars for her role as Mia in the smash hit “La La Land.” This was impressive enough, but Stone took things to the next level when she arrived on the Oscars red carpet in a custom Givenchy Haute Couture gown that reportedly took over 1,700 hours to make (according to InStyle). Stone was styled by Petra Flannery, and the impeccably designed dress featured Swarovski crystal embroidery in a brilliant golden hue that essentially foreshadowed the actress’ big win later in the evening (via The Hollywood Reporter).

The gorgeous embroidery flowed into an equally impressive fringe detailing around the bottom portion of the dress. Stone was easily one of the best dressed at that year’s ceremony, and she used the occasion to make a statement with her attire. Attached to her stunning gown was a gold Planned Parenthood pin in a “political-slash-feminist statement” (via Allure). At the time, former President Donald Trump had announced that he was defunding Planned Parenthood, so Stone and other notable names like Dakota Johnson wore the pins in support of the organization.

When Stone eventually received the Best Actress award at the ceremony, it made for some truly memorable pictures as she looked like a golden statue herself.