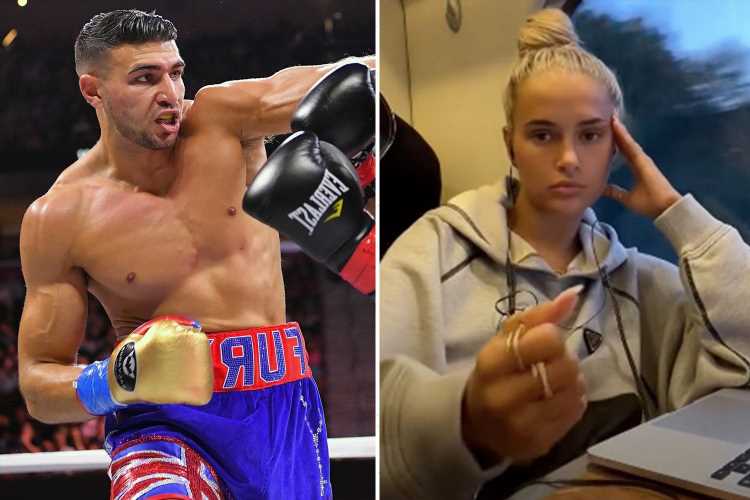 MOLLY-MAE Hague has revealed that she wasn't allowed to go to America to see her boyfriend Tommy Fury's US boxing debut.

The boxer, 22, beat MMA fighter Anthony Taylor in the ring last night – but sadly the creative director of PLT, also 22, had to watch on from her sofa at home in the UK. 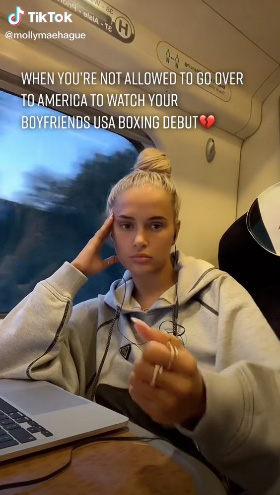 Yesterday she revealed to fans that she wasn't jetting off to the States, but was going to have a girly night with best pal Maura Higgins instead.

The Love Island star later took to TikTok to share the reason why – and it was because she wasn't allowed into the country.

Molly captioned the post: "When you're not allowed to go over to America to watch your boyfriends USA boxing debut."

In the video the reality favourite is seen miming along to someone saying "that's some bulls****.

Many fans were heartbroken for Molly and flocked to the comments section to share their support.

Another said: "Awh bless you."

A third commented: "I was so sad for you today! But amazing victory for tommy."

All four rounds of the fight, which took place in The Rocket Mortgage FieldHouse in Cleveland, were won by the Love Island star.

Molly-Mae took to Instagram to congratulate her "champion" boyfriend after he dedicated his latest win to her.

She snared a snap of Tommy doing his thing on the ring with the caption: "Champion," and a love heart emoji.

After the huge fight, Tommy said: "Dad, Molly, wish you could be here tonight, but that was for you.

"We're learning, we're building, we're going to keep winning and hopefully you can be here next time.

"But I love you both, take it easy, shoutout to everybody and God bless."

She shared an adorable shrowback photo of her sharing a kiss with her beau on her social media.

Alongside the loved-up snap, Molly wrote: "Can't wait for you to come home. 😭"

Tommy, who is the younger brother of Tyson Fury, began boxing aged 12 and started his professional journey as a light-heavyweight seven years later.

The couple have been together since they met on the fifth season of Love Island in 2019.