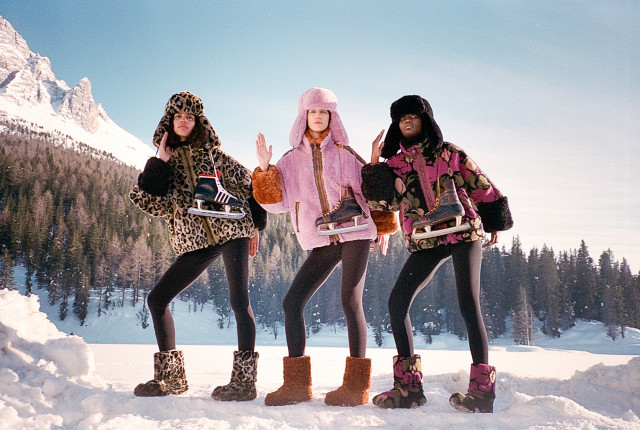 After months of confinement, customers have tended to favor comfort over style. But outerwear companies in Milan are adding a dash of sparkle here and there, and taking the maximalist route all in the name of heightening the fashion quotient.

Prada set the tone by parading hybrid outerwear pieces, combining wrap and bomber silhouettes crafted from the signature black Re-Nylon and lined with sequins, as well as sporty parkas elevated through a faux fur lining.

“Women have understood that they can look classy and cool wearing puffer jackets,” said Andrea Pilato Barrara, founder of Bacon, the Italian outerwear brand which turns 10 this year and lists Gigi Hadid among its fans.

Performance is a given, and companies are now looking to elevate practical overcoats by looking back to 1980s oversize bomber-style puffer jackets and ’90s cocooning silhouettes.

On the more maximalist side of the outerwear offerings this season, Bacon played with bandana motifs, a ‘90s staple, and embellished cropped puffers. Patchwork deadstock fabrics, including camouflage scraps the brand sourced from army uniforms destined to the landfill, added character to its offer.

Alessandro Biasotto, chief executive officer of the brand’s parent NYKY Group, said Oof Wear wanted to diversify its offer and tap into the needs and styles of different customers, all attracted by the practicality of puffer jackets.

Along the same lines, Moorer played with unexpected materials, including denim combined with duvet for a rock ‘n’ roll vibe. At Loro Piana, a refined pink cropped cashmere puffer was treated with their signature waterproof, wind-resistant Storm System protection. La DoubleJ delivered reversible puffers with jacquard on one side and nylon on the other, which were chic enough to layer over a ballgown. 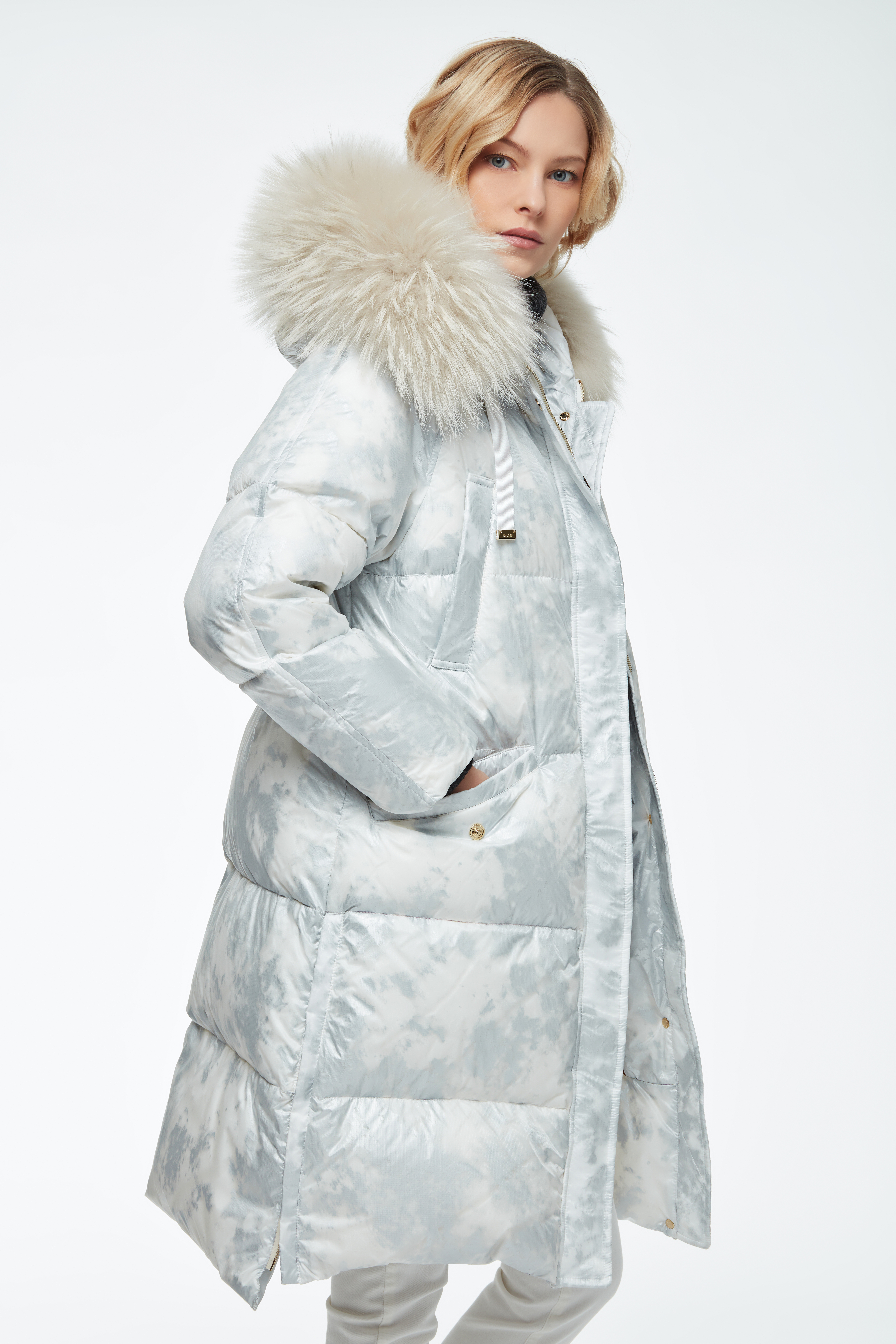 Herno turned its Globe eco-friendly collection into seven different drops with a green bent. The Fast5Degradable fabric crafted from the Amni Soul Eco polyamide, which biodegrades in just five years, was employed on bomber-style duvets. Maxi coats and cocoon bombers were made of regenerated Econyl nylon with recycled down padding derived from old duvets.

Milan’s ‘Outerwear Street’ On the Rise