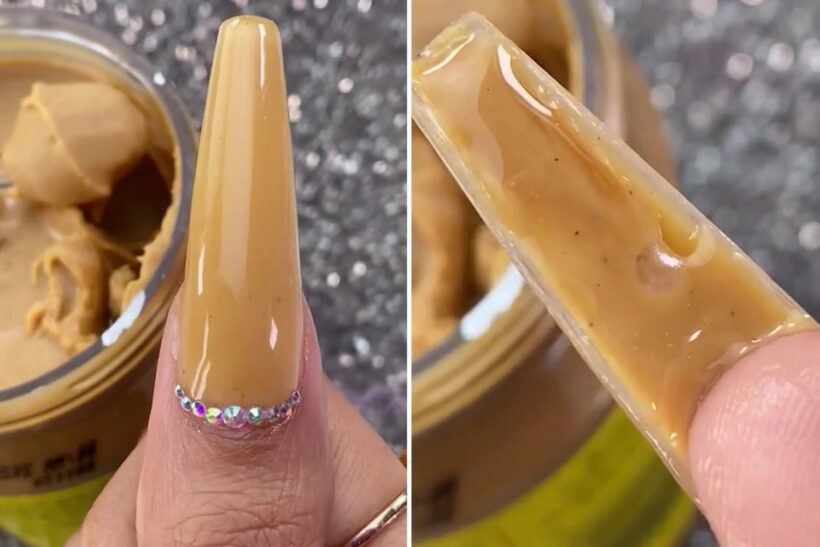 WE love a fancy mani – it can really perk us up.

And we love peanut butter too – mmmm. 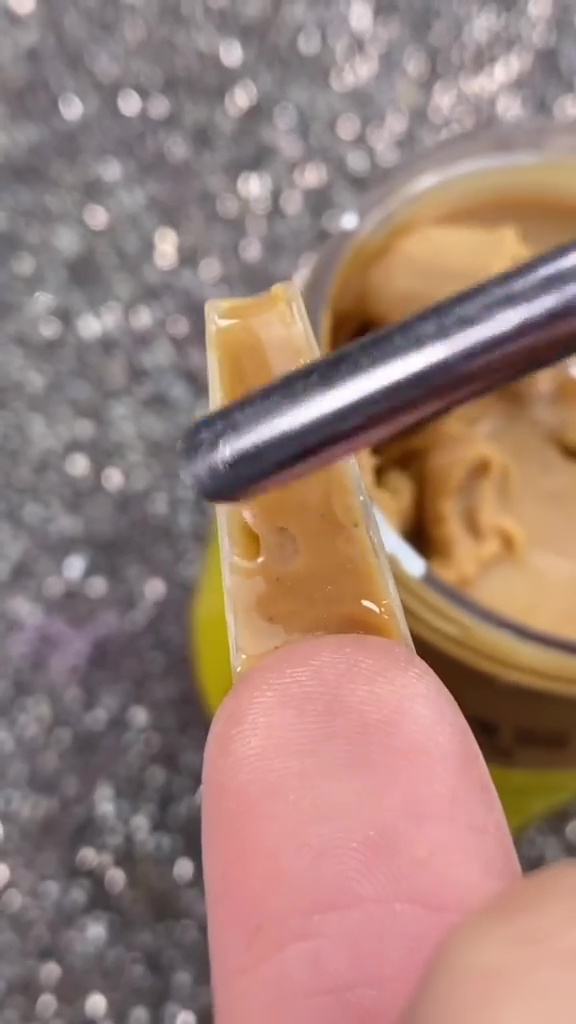 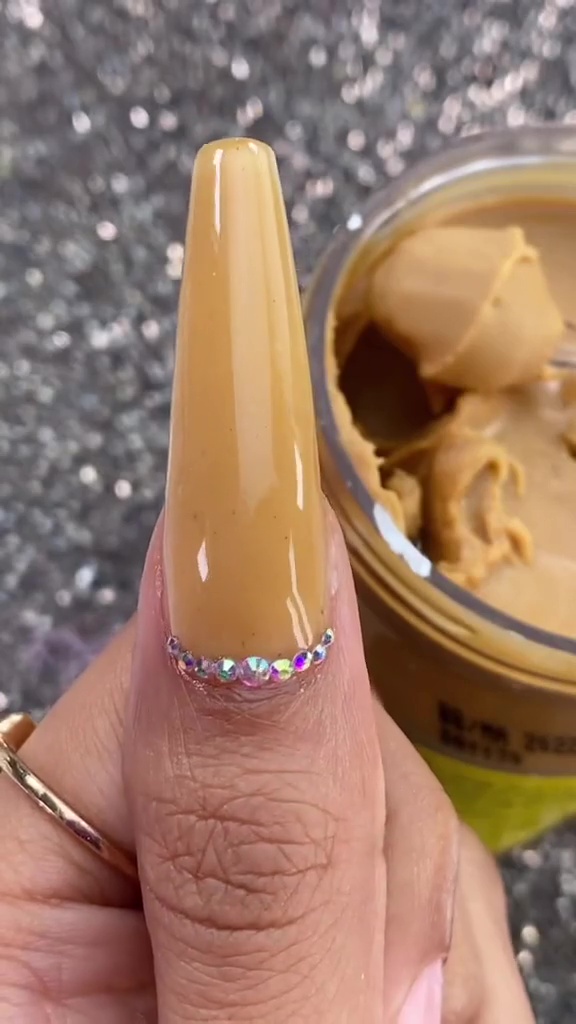 But mixing the two – that’s not something we’ve thought of before.

But now a woman has shared her peanut butter-infused acrylics on Tiktok – and they weirdly look really good.

In the clip, viewed more than 19 million times, she demonstrates how she fused her nails with the spread to make a weird (and perhaps mouldy) mani.

She told how she added smooth peanut butter on top of her existing nail then attached a clear acrylic nail over the top of it.

The then bunged her nails into a jar to fill in the gaps before leaving them to dry.

But they divided attention with one woman saying: "I'll be too worried about it getting mouldy… nope not for me."

Another person said: "This irritates me only because I get bugged when I get food under my nails.

"But others liked them, saying the mani was a "pretty colour."

We do issue a warning – this isn’t one to try if you’ve got allergies.

A woman previously created a live insect mani – and people said it was animal cruelty.

And in more nail news, this colouring pencil manicure has taken artistic design to a whole new level.

And if that wasn't weird enough, you can now get cow udder nails that you can squeeze real milk out of.