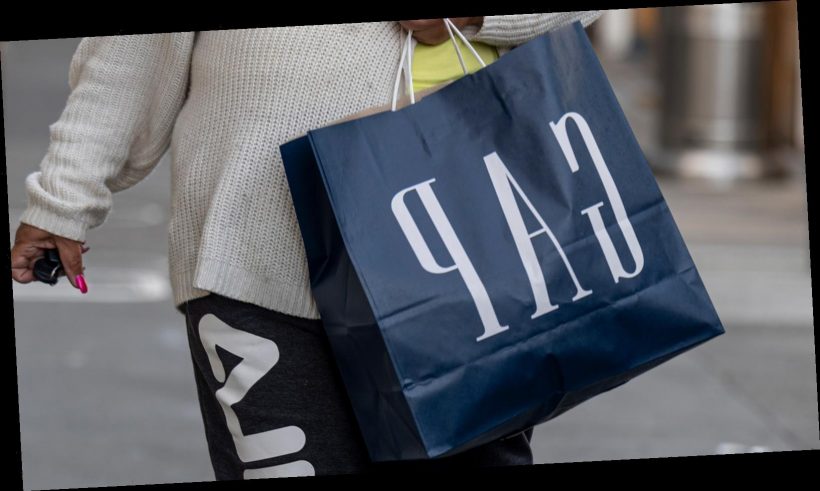 Unless you’re skilled enough to make your own clothes, the odds are good that you’ve shopped at the Gap at least once in your life — and probably much more often than that. The clothing store has been around for more than half a century, specializing in affordable casual clothing for everyone in the family, right down to the littlest members (courtesy of GapKids and BabyGap). From its humble beginnings as a college-town shop selling jeans (specifically Levi’s, which were the hot brand at the time), the Gap has expanded to thousands of stores worldwide. They’ve also expanded their reach; in addition to their Old Navy branch, the company line includes Banana Republic, Athleta, Janie and Jack, and Intermix.

The store isn’t nearly as popular now as it was in its heyday, when it seemed everyone was going around in khakis and button-down shirts. But don’t count it out yet; the company has plans that just might make the Gap a destination shopping site again. Read on for more on this and other facts about the famous mall fixture.

Gap stores used to sell something other than clothes

The first Gap store debuted in 1969 — yep, the year of protests, Woodstock, and the moon landing — in San Francisco. Founder Donald Fisher, wisely predicting that local college students needed a place to buy their favorite pants, stocked the store with Levi’s in various sizes, along with popular vinyl records (via The New York Times). Sales of the red-hot jeans brand were so brisk that the store (minus the music) became a national chain in just six years. As the flower-child years moved on to the preppy/yuppie era, the Gap catered to the new taste for the casual country-club look, and used images of iconic artists such as Andy Warhol and Marilyn Monroe in their ads to indicate the timelessness of their look. Other notable models over the years have included Cindy Crawford, Whoopi Goldberg, Spike Lee, Missy Elliott, and Madonna (via CR Fashion Book).

We have Fisher’s wife, Doris, to thank for the store’s short-but-sweet name. Fisher initially wanted to call the shop “Pants and Discs,” but Doris talked him out of it. She suggested naming the store after the “generation gap” between the progressive teens of the ’60s and their more conservative parents (via Mental Floss). Anyone who grew up in the ’70s will recall the store’s commercial jingle, “Fall into the Gap!”

The Gap honors diversity and inclusion

Contrary to an old rumor, Gap does not stand for “gay and proud” (via Snopes). The store does, however, have a history of including and celebrating the LGBTQ+ community, and contributing generously to its causes. As Bustle notes, the company was one of the first to run ads featuring gay couples — knowing it might alienate conservative customers — and they frequently feature openly out celebs in their advertising, such as Top Chef winner Melissa King. Their current offerings include a line of T-shirts with designs by the late iconic artist Keith Haring.

Gap Inc. has also committed to supporting diversity in all forms, including gender, race, body type, and sexual orientation. They recently launched an in-house initiative, the Color Proud Council, to help ensure diversity both within the company and in its clothing brands. For example, Banana Republic now includes a line of women’s foundational garments called True Hues. The camisoles, bodysuits, and tees come in eight different skin-tone colors and sizes up to XXL.

Over the years, the Gap has been featured everywhere from late-night TV to a historical trial. In 1994, SNL poked fun at the clothing chain with sketches featuring David Spade, Adam Sandler, and Chris (“Lay off me, I’m STARVING!”) Farley as the “Gap Girls,” a trio of snarky retail workers.

Back in 1996, Sharon Stone got plenty of notice at the Academy Awards when she arrived in an Armani tuxedo jacket with a Gap turtleneck underneath. The actress later explained to Us Weekly that she was supposed to be wearing a Vera Wang gown, but the driver who delivered the dress accidentally ran over the box with his truck, ruining it. With less than 24 hours to go before the ceremony, Stone called a costume designer, who went through her closet and pulled together the alternate outfit. Two years later, she raised eyebrows at the Oscars again by pairing a Wang skirt with a white Gap button-down — this time her own choice (via The Zoe Report).

But the most famous piece of Gapwear was the one that almost brought down a president. During the 1998 impeachment trial of Bill Clinton, it was revealed that the president had carried on a sexual relationship with intern Monica Lewinsky. During one of their encounters, she wore a blue Gap shirtdress that got stained with Clinton’s… um… DNA. Lewinsky was urged to keep it as evidence, and continued to hang on to it the “same way people keep sweaty T-shirts from a rock star,” she explained in an interview years later (via the New York Post).

A famous face is joining the Gap

The Gap has been having a hard time of it in recent years. It’s fallen out of favor with the youth market that once drove its success, and trendsetters and athletes are looking elsewhere to fill their closets. The slowdown in sales during the worst of the pandemic hasn’t helped, either; stores worldwide were shuttered for months. In hopes of launching a comeback, the Gap recently announced a 10-year brand partnership with Kanye West (via Forbes). The musician — and Kim Kardashian’s soon-to-be ex — is creating a line of fashionable streetwear for men, women, and children. It’s long been West’s belief that hot brands should also be affordable; he once told Complex, “[N]othing should be exclusive. Everyone should have an opportunity to drink from the same fountain. … I want to fight for an H&M, Zara-type concept.”

The Yeezy Gap line is scheduled to hit stores in fall 2021, and experts are predicting that West has the potential to do for the Gap what Martha Stewart did for Kmart. If so, maybe the next generation will be singing a new jingle: “Fall into Ye Gap.”