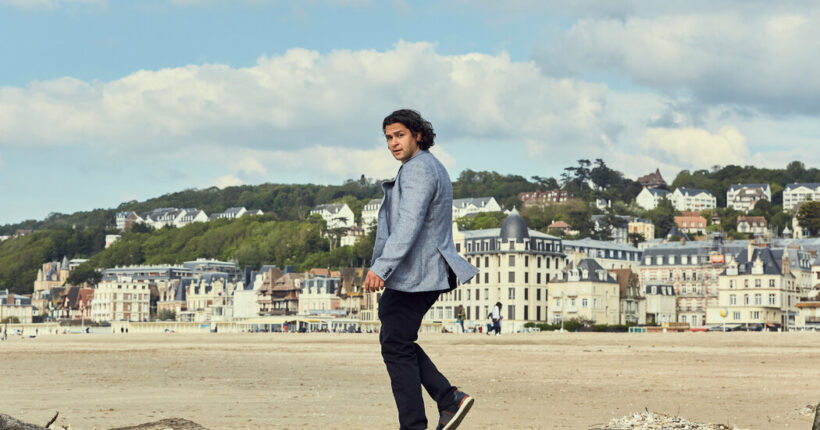 In a tumultuous time humanity looks to the ancient world for guidance and inspiration. It’s a dynamic at least as old as Petrarch, the 13th-century Italian poet whose scholarship on the Greeks and Romans helped kick-start the Renaissance.

Paul Skallas, a 36-year-old technology lawyer and writer, has today picked up antiquity’s torch. He’s an evangelist for wisdom derived from the distant past: like, say, skip the mouthwash.

“Everyone tells you to do it. Your breath is clean, it feels like the right thing to do,” he said during a Zoom call from Deauville, France, where he moved from New York City last fall to ride out the pandemic. “And then you read about higher cancer rates for people who used it, and how it destroys good and bad bacteria, and you go, ‘You’re right, there was no mouthwash back then.’”

“Back then” is the ancient world, from which Mr. Skallas draws an inexhaustible supply of practical lessons.

“No breakfast,” he said. “Breakfast was unknown in early history, Rome, Byzantium, ancient Greece, breakfast wasn’t really a thing.” He’s written about the anti-breakfast positions of Plutarch and Thomas Aquinas.

Mr. Skallas is a proponent for a lifestyle based on a relatively obscure theory called the Lindy Effect, from which he has derived his Twitter handle, LindyMan; his Substack, The Lindy Newsletter; his podcast, “Lindy Talk”; and his practical philosophy of health, exercise, diet and consumer choice. 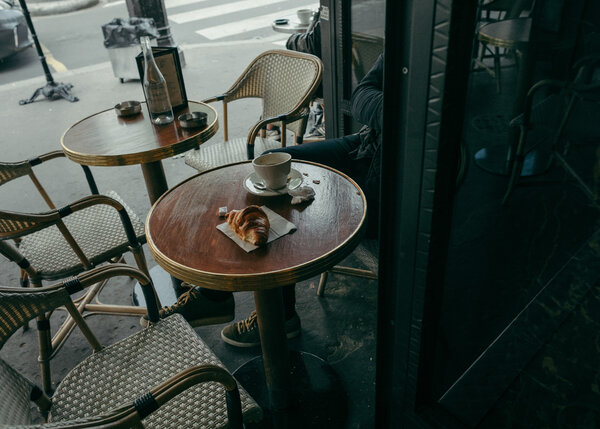 The Lindy Effect can be traced to a 1964 article in The New Republic called “Lindy’s Law,” by the historian Albert Goldman, who described the “bald-headed, cigar-chomping know-it-alls who foregather every night at Lindy’s,” the diner then on Broadway known for its cheesecake, and postulated that since comedians have an exhaustible supply of good material, the “life expectancy of a television comedian is proportional to the total amount of his exposure on the medium.”

Nassim Nicholas Taleb, a statistician and scholar, tweaked this idea into a broad theory of survivability in his 2012 book, “Antifragile: Things That Gain From Disorder.” He named it the Lindy Effect: “For the perishable, every additional day in its life translates into a shorter additional life expectancy,” he wrote. “For the nonperishable, every additional day may imply a longer life expectancy.”

For example, a play that has run on Broadway for five years will likely stick around for five more. He concluded: “The robustness of an item is proportional to its life!”

Mr. Taleb argued that the Lindy Effect helps explain why so many seemingly earthshaking new developments end up forgotten or disproved. For example, many scientists have spent the last decade in a state of alarm about the “replication” crisis: that many findings turn out not to hold up when other scientists repeat the studies.

Inaccurate science, in other words, is constantly being published. The Lindy-conscious consumer of scientific data will take seriously only information that has held up over a period of time.

Lindy, he wrote in a 2017 post on Medium, cannot be fooled: “The only effective judge of things is time.”

Mr. Skallas has long followed and read Mr. Taleb, with whom he shares a fascination with the ancient world. He even once managed to elicit a rare correction from the scholar after disproving an assertion in one of Mr. Taleb’s books, which claimed the ancients did not have a word for the color blue.

While Mr. Taleb primarily discussed the Lindy Effect as in terms of statistics and social science, Mr. Skallas has expounded at length about the practical applications of Lindy when it comes to diet, health, dating, exercise and practically everything else. He has become something of a lifestyle guru to thousands of Twitter followers and newsletter readers: think Goop or Joe Rogan by way of the Bronze Age.

Lindy is not Luddism: Mr. Skallas is an avid social media user, after all. Rather, he scours the ancient world for applicable nuggets of what he calls “useful tradition,” using the Lindy Effect’s heuristic of older is better as a “bulwark against consumerism,” to sift through the “tons of products coming out every day.”

“When I’m at the store, I think about it,” he said. “It’s a new way of looking at skepticism of modern commercial life.”

Mr. Skallas endorses practices with a basis in antiquity, like intermittent fasting, which appears across religious traditions and has demonstrable health benefits (though also detractors). “Your body gets stronger through stressors, and it gets stronger through the lack of food,” he said.

He follows a diet drawn from Greek Orthodox tradition, alternating between veganism and pescatarianism (today some call this serial cycling). A tweet from his account @LindyDiet laid out further specifics: “Fast 2 times a week (vegan or abstain from food) and a month straight 2 times a year.”

Somewhat akin to the advocates of the paleo diet, Mr. Skallas recommends avoiding eating any foods or beverages invented in the past 500 years. This means no Beyond Beef, Monster Energy or Go-Gurt but yes to mutton, hot cross buns and the like.

“Coffee is relatively new,” he said, acknowledging the arbitrariness of the cutoff. “It’s 400 years old, but that’s 400 years of pretty good filtering, and it’s probably not bad for you.”. Tea merits his highest compliment: It’s a “deep Lindy” beverage, with thousands of years of provenance.

Cigarettes, a 20th-century vice, are not Lindy, though tobacco is; for those who want to smoke in a “Lindy compatible way,” he suggests a pipe.

Mr. Skallas eschews modern exercise machines, urging his readers in a newsletter post to stick with simple weight lifting, citing Milos of Croton, the mythical Greek bodybuilder who lifted a calf daily until he could hoist the adult bull.

“Bodybuilding culture is some grotesque subculture that is a product of modernity,” he wrote. “Working out isn’t about the muscles, but about the other systems in your body, interconnected to each other.”

Likewise he is skeptical of yoga, given that the form practiced by most Americans today was invented in the 20th century. “Is Yoga good or bad for you? I have no idea,” he wrote. “Lindy doesn’t say ‘don’t do it,’ it says ‘we don’t know what’s going to happen.’”

Mr. Skallas, who spends his work day reading contracts, does not see himself as a self-help figure or a philosopher. “It’s not a Jordan Peterson thing,” he said, referring to the Canadian philosopher whose books offer advice directed at young men. “I’m not into motivation,” he said. “I’m just like, ‘Whoa, look at this.’”

He will confidently diagnose the Lindy-ness of most anything.

Sleek midcentury modernism? “Anytime you get away from fractal patterns and ornate details, it’s not Lindy.”

How about sex toys? “Lindy,” he said, adding, by way of explanation, “ancient Egypt.”

Epstein, he pointed out, exemplified how Lindy is not a moral compass; lots of common behaviors in the ancient world would be considered abhorrent today.

Yet the persistence of behaviors across millenniums makes the lessons of antiquity potent. “Human nature doesn’t change,” he said. The ancients “really did study the person and how people act, and some of it is quite good.”

Therapy, for example, is something he believes in, but not because he holds stock in the theories of Carl Jung and Sigmund Freud; rather, he argued, therapy works because the therapist embodies the deep Lindy role of a sympathetic friend in the alienating modern world.

Of course, the Lindy effect doesn’t work in every domain; if you are diagnosed with cancer, seek chemotherapy, Mr. Skallas said, rather than relying on Roman medical practices. He thinks Lindy is more useful when it comes to skepticism of industrial-age consumables, like mouthwash or processed seed oils, and faddish social science, like the debunked Myers-Briggs test.

And ancient practices can provide powerful inchoate benefits to their practitioners, even when the exact cause and effect may be unclear at the time. In his newsletter, Mr. Skallas cited the 2016 book “The Secret Of Our Success,” by Joseph Heinrich, a professor of human evolutionary biology at Harvard.

Mr. Heinrich researched the history of manioc, a bitter root domesticated in South America, which can be toxic if not prepared properly. In the Amazon, “Indigenous Tukanoans use a multistep, multiday processing technique that involves scraping, grating, and finally washing the roots,” to remove cyanide.

After the Portuguese transported manioc to West Africa in the 17th century, the root spread rapidly, but the proper processing techniques did not. “Even after hundreds of years, chronic cyanide poisoning remains a serious health problem in Africa,” Mr. Heinrich writes.

Mr. Skallas often invents new terms of art: He talks about “the 4HL,” or four-hour life, as in the amount of free time available to modern office workers, and of “refinement culture,” the smoothed-down sameness of contemporary aesthetics, exemplified by the similarity of new car designs, brand logos and urban cafe interiors.

His most significant coinage may be “Lindy walk,” which he came up with last year, seeking an escape from the quarantine doldrums.

“That just basically means a stroll,” he said. “But it’s also in a lot of ancient cultures, a heavy tradition of walking, right? There’s the Sabbath stroll. In Greek, it’s called Volta. There’s an Italian version of it. It’s just walking for the sake of walking.”

In a newsletter post, Mr. Skallas cited Greek walkers “from Diogenes wandering the world looking for an honest man to Thales stumbling into a pit while lost in thought.”

A Lindy walk isn’t just a beeline from Point A to Point B; there should be no set destination, with turns made at random to stimulate the mind. “An interesting thing happened when I walked. I had thoughts popping into my head,” Mr. Skallas wrote. “Waves of ideas would come through. I wasn’t ‘trying’ to think or even come up with an idea. It would just appear. Like magic.”

(Move over Pomodoro time-management technique, in other words: Here’s something Lindy.)

Many of Mr. Skallas’s readers began taking daily Lindy walks and posting about them on social media, and the term has now spread beyond his immediate readership.

“Essentially it’s just conscious habit forming, but I think the cute name for some reason makes it more enticing and endearing,” as one follower put it.

Mr. Skallas thinks the pandemic — itself deep Lindy (“they put on a mask 500 years ago, right?”) — opened people’s eyes to the worldview by evoking ancient, world-historical dangers that many had felt insulated from. “I think before this pandemic hit, we were living in a time of, ‘Hey, man, we’re untouchable’,” he said. But quarantine forced many to begin “thinking about scarcity,” and ask themselves, “What is Lindy? Like, what is the stuff you need in this life?”

Vaccination was among those things, and so the next time Mr. Skallas was contacted for this article, he was in Chicago, where he’d traveled for his shot. He wrote in an email that although he wasn’t giving up his day job just yet, a book (very Lindy) might be in the works.