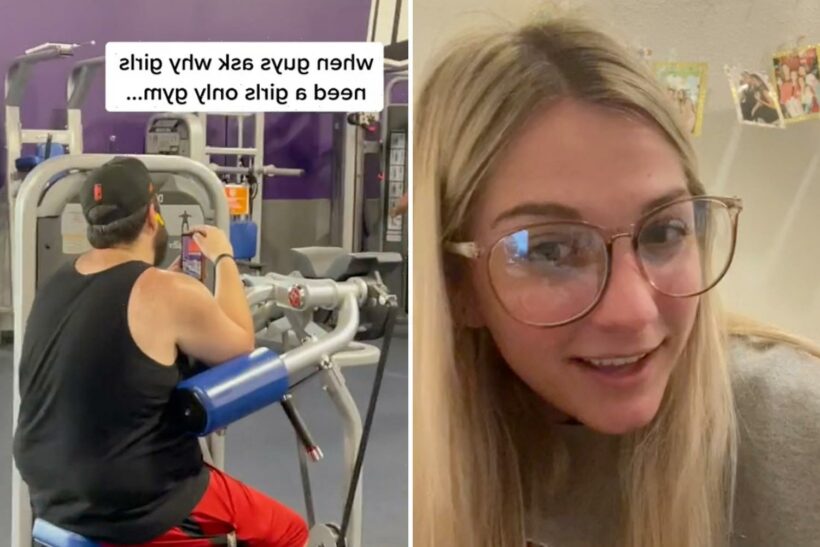 A WOMAN revealed how she got a bloke banned from the gym after catching him filming another woman working out.

But while many people praised TikTok user Anneli for stepping in, some say she's the one in the wrong. 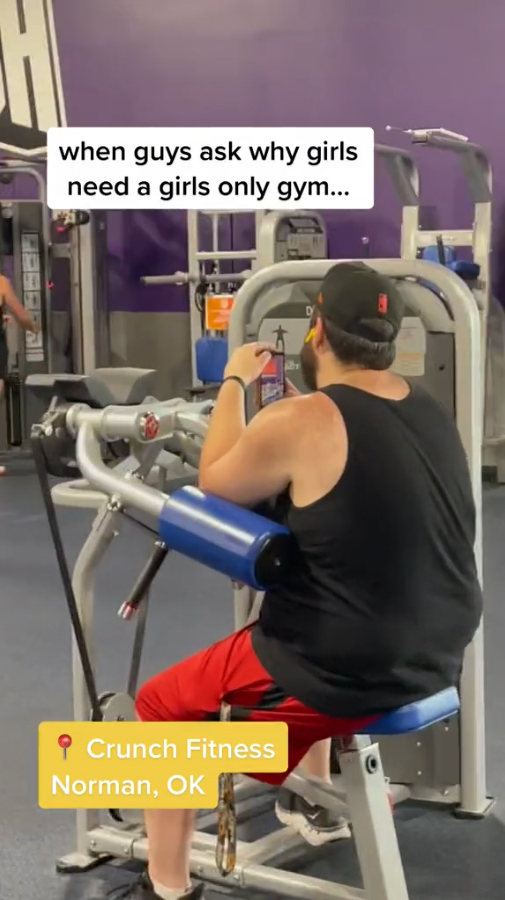 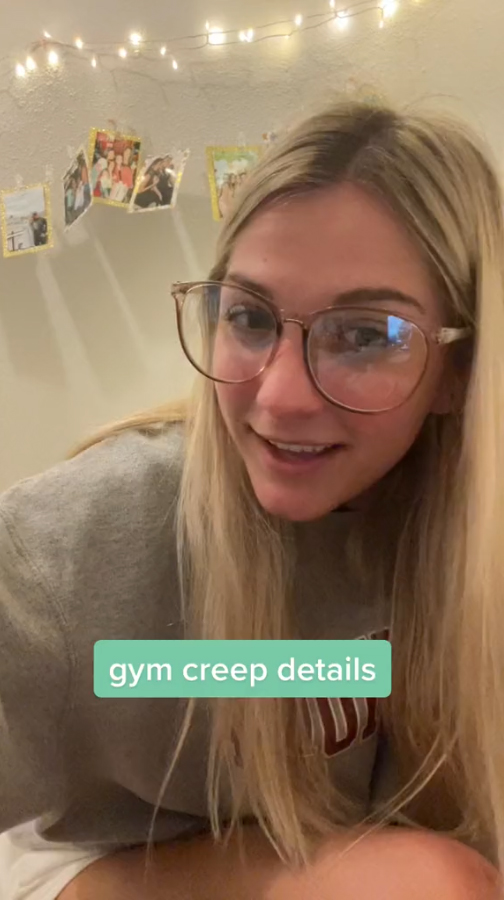 The American woman shared a video of the unidentified man on TikTok where he was sat on a fitness machine on his phone.

It appears as if she was behind him where she had full view of his phone screen which reportedly showed him filming a woman performing lunges.

“LADIES WE NEED TO LOOK OUT FOR EACH OTHER. I told the girl and notified staff,” she captioned the clip which has sinced racked up 1.7 million views.

After receiving thousands of comments from people, Anneli shared a series of follow-up clips to explain the situation in more detail.

She said the woman being filmed was “freaked out” when she'd reportedly told her,explaining she had no idea who the man was and quickly “grabbed all her stuff” and left.

She also shared that staff at the Oklahoma gym later informed her that they'd "banned" him over the inappropriate behaviour.

While many praised her for stepping in though, others questioned whether she had it all wrong and suggested the man's actions were innocent.

What's more, some took aim at the fact she was recording him and said that she shouldn't have been doing that either.

So I catch him in the act, I have proof and I stop my set to go show this girl, telling her this man in this video is taking videos of you.

Anneli shut down suggestions that he was only filming her so that he could recreate the move himself and argued that YouTube has everything you need so there's no need to film someone in the gym.

In a follow up clip, she explained: "Let me break this down for you guys because apparently you need it which just blows my mind.

“So I’m doing my workout, just doing my set, whatever. This man is in front of me, I can only see his back side, his phone is in my eyeline and he is repeatedly taking videos and pictures of this girl.

“Yes it was a girl, I was there, it’s not a guy that he is recording for form.”

“So I catch him in the act, I have proof and I stop my set to go show this girl, telling her this man in this video is taking videos of you. You can see yourself in the camera, I just wanted to let you know.

“Obviously this isn’t a man that she knows, a boyfriend, a friend,” Anneli said.

I take my disgusted self up to the staff members and one of them ended up being the manager.

She also claimed that when she went back to her own workout, she saw the man recording another girl, although this time she didn't catch it on camera.

“So I take my disgusted self up to the staff members and one of them ended up being the manager,” she said, explaining she sent the video to him and completed an incident form.

Many people jumped to Anneli's defence after a string of negative comments.

“Aren’t y’all always asking for proof of men creeping at the gym? Now you’re mad she got proof? It almost seems like you don’t want them to be caught,” one argued.

“The people defending him are just like him. They’re not dense, they’re defending their own,” another wrote.

While one said: “The men defending him in the comments are part of the problem.” 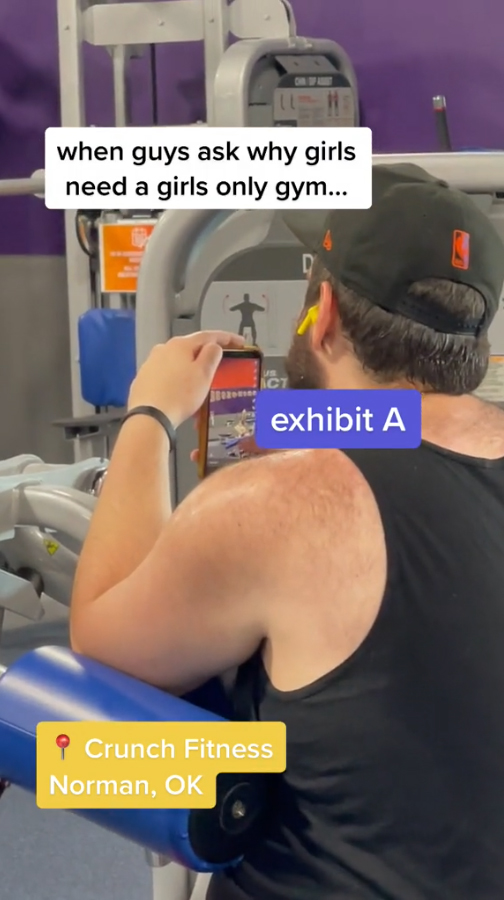 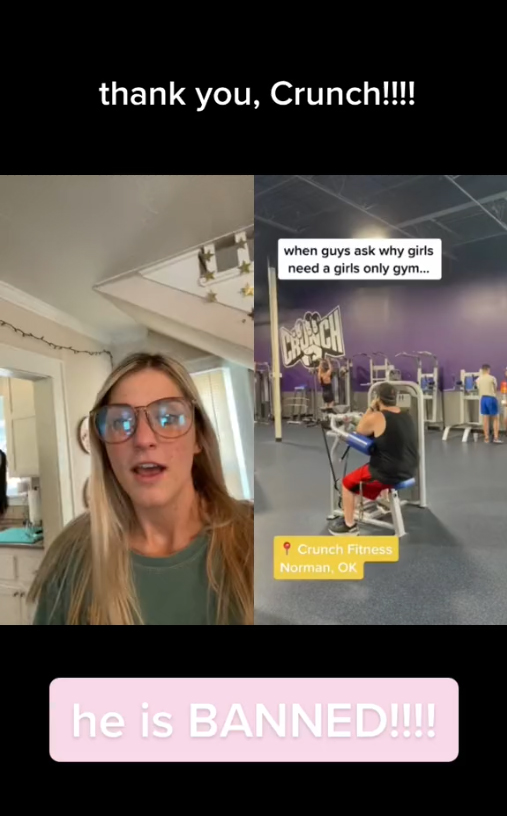 Meanwhile, this woman was left reeling after being asked to leave the gym because her cycling shorts showed ‘too much skin’.

And this woman fumes after catching a man taking photos of her at the gym – and is praised for her response to him.