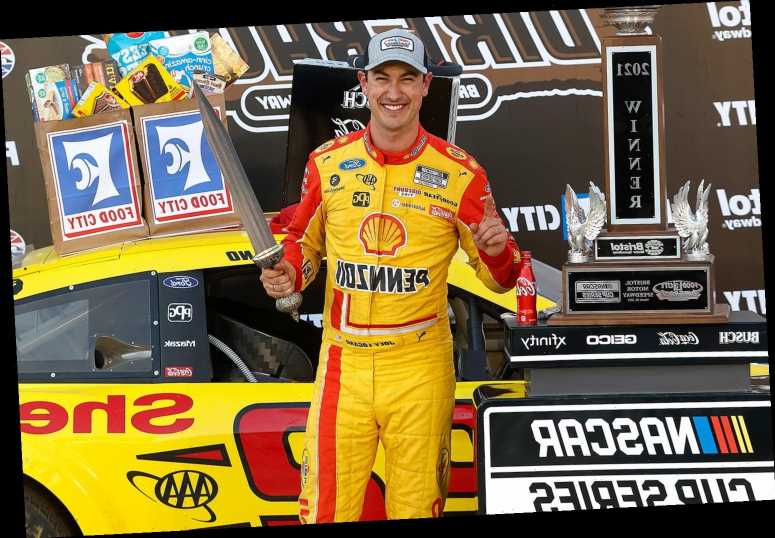 NASCAR got down and dirty.

"There's nothing like winning at Bristol — but putting dirt on it and being the first to do it is really special," Logano, 30, said of his win.

"It was definitely a challenge," he added. "When they watered the track [at] the last stage, that kind of changed everything … Nobody really knew what to put in the car. We were able to adjust the right way throughout practice and get into victory lane. It's great."

Logano, who was driving the No. 22 Ford for Team Penske, won the race in overtime, according to CBS Sports. He beat Ricky Stenhouse Jr. and Denny Hamlin, who came in second and third place, respectively. The 2021 Food City Dirt Race did not come without some uncertainty and challenges ahead of time, however, according to the Associated Press.

The outlet notes that Fox wanted a dirt race on the current Cup schedule, so Speedway Motorsports agreed to host the event. NASCAR then approved the race to take place at the Tennessee-based track instead of other, already established dirt tracks across the nation.

Marcus Smith, the CEO of Speedway Motorsports, told the AP he had spent around $2 million to make the race happen. The AP added that before the race had concluded, it was announced that the event — which included not just dirt but plenty of mud — would be run again next year.

"I will be begging @NASCAR in years to come for more dirt races," he tweeted. "These cars are a freakin blast on dirt lol most fun I've had."

"Not how I saw it playing out but loved it any way. Need it every season. So many non nascar fans tuned in," one tweeted as another added, "It was fun. I wanna go next year when everything is back to normal."