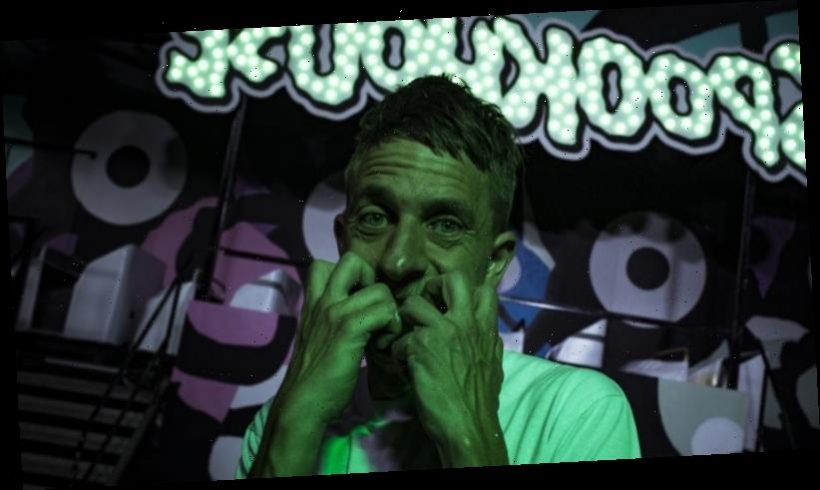 Installation art is so hot right now. Malthouse Theatre is about to open its doors for the mega-immersive Because the Night and the RISING festival in May and June is going to be chock-full of arty experiences. 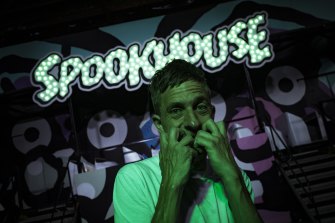 For Spookhouse he’s taken over a warehouse in Collingwood and installed a real fairground ghost train – one of only a handful in the country – reworked with ghoulish, garish, electronically animated figures based on his distinctive art style. 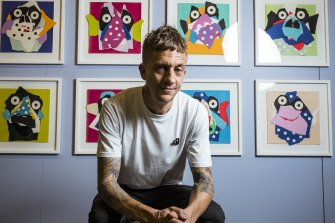 Mysterious Al with some of his artworks.Credit:Chris Hopkins

There was a learning curve for Al. For a start, he had to figure out how to animate his figures inside the ride, so he studied basic electronics and bought the parts from a hardware store.

Then he got to grips with papier mache, to give the figures that authentic fairground cheap and scary look. He hit a few, furry problems.

“The first one I made actually got eaten by rats, so it’s not here,” he says. “I had read that the best thing to use is flour and water. It dries really brittle and nice and it got eaten, like, the second day.” 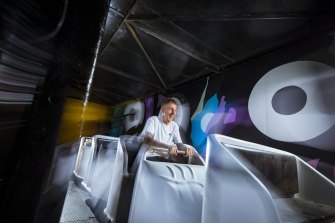 Absolutely everything about the show has been “unexpected and difficult,” he says. “There are so many moving parts. Quite literally. With a splash of COVID in there.”

So why a ghost train? Al says the melancholy, darker edge to his bright paintings felt like a good fit with a fairground – a place with “a bit of a dark underbelly to it”.

“There’s no greater example [than a ghost train] of something with a kitsch, bright, fun exterior but it’s actually quite dark and sinister, a whole different world that’s literally designed to scare.”

He has a history of exhibitions in unusual places. “Coming up in London in the early 2000s galleries simply weren’t interested in showing our work, me and my peers,” he says. “We had to hustle and make it happen ourselves. We’d hang paintings in a disused shop or an old factory and hold an opening like we were allowed to be there.”

But it’s getting harder to work like this, with the continuing gentrification of the old semi-industrial inner suburbs. He reckons the space they found might be the only one that suited their needs between here and Preston.

“[Gentrification of artistic suburbs] happens all over the world,” he says. In Fitzroy and Collingwood greedy landlords are pushing up rents and “pushing out the creative spirit”.

There are empty shops across the area where artists could set up their studios, he says, but the landlords aren’t interested.

But he’s determined to keep working outside the “white wall gallery model”.

“At the beginning of my career I wanted more than anything to make an impression in a gallery that 300 other people have done a show in,” he says. “It doesn’t interest me any more.

“If a gallery had looked at the proposal for Spookhouse they’ve have said ‘you’re absolutely mad’. Financially, it’s mental.

“There are people up for experiences, especially after what we’ve all been through. I think people deserve something fun and exciting.”