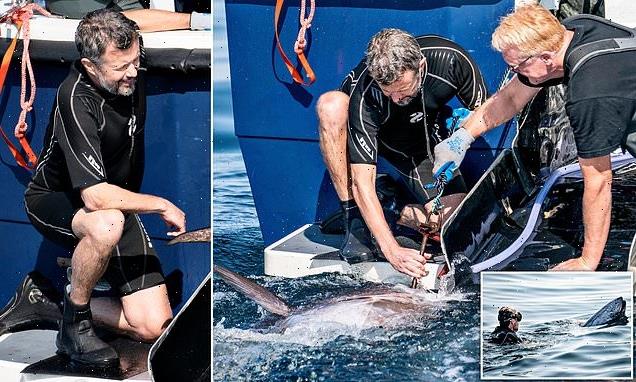 Making a splash! Crown Prince Frederik of Denmark, 53, dons a wetsuit as he helps register and check tuna in Danish waters

Crown Prince Frederik of Denmark showcased his passion for wildlife today as he took part in the registering and checking of tuna in Danish waters.

The father-of-four, 53, sported a wetsuit as he joined the nation’s Minister of Food, Agriculture and Fisheries Rasmus Prehn in the sea, north of Skagen, as part of efforts to preserve tuna.

The fish previously roamed in Danish waters, but mysteriously disappeared in the 1960s without scientists knowing the cause, reported Nord News – but thankfully returned in recent years. 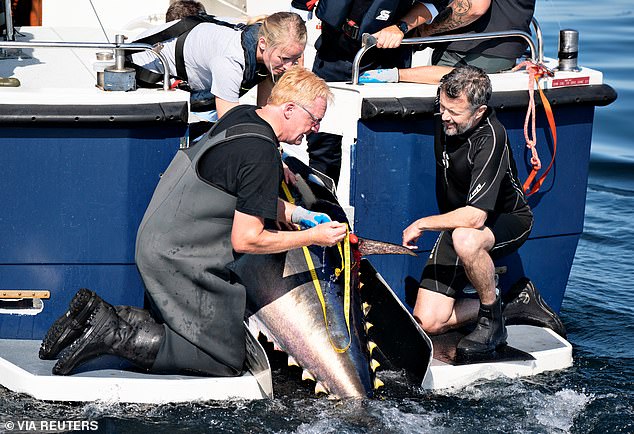 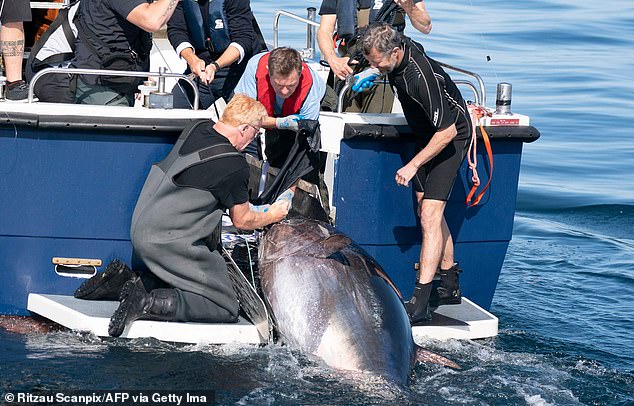 The royal immersed himself in the requirements of the task by wearing a wetsuit and sturdy waterproof boots.

Prince Frederick appeared in good spirits as he helped the DTU Aqua researchers to implant transmitters to track the movement of tuna in the Danish waters.

Scientists are yet to know the reasons why fast-swimming tuna disappeared from the area around 60 years ago.

This is the fifth year in a row that the researchers from DTU Aqua in collaboration with local anglers are noticing bluefin tuna in Danish waters. 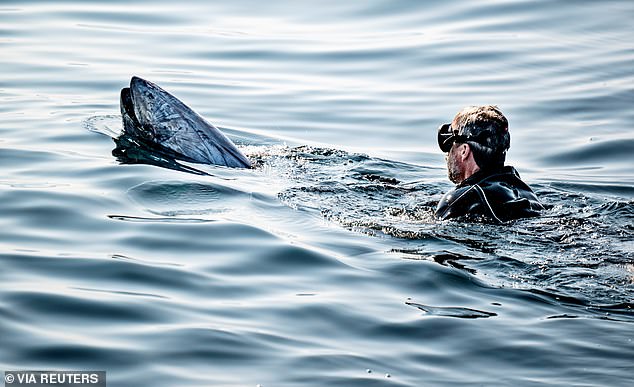 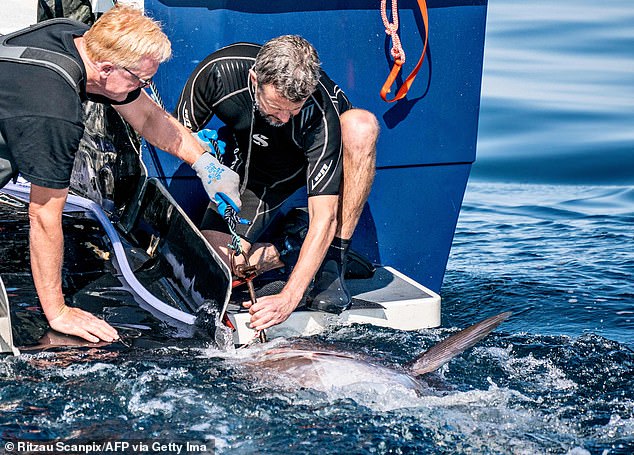 During today’s continuation of the project, Prince Frederick jumped into the water to help a tuna find its balance after being marked.

Rasmus Prehn talked about the importance of getting tuna back to healthy levels ahead of today’s marking of Bluefin tuna.

The Minister recently entered into a barter deal with Spain, which allows Danish fishermen to catch five tonnes of tuna.

In return, Spain receives a quota of 35 tonnes of mackerel from Denmark. 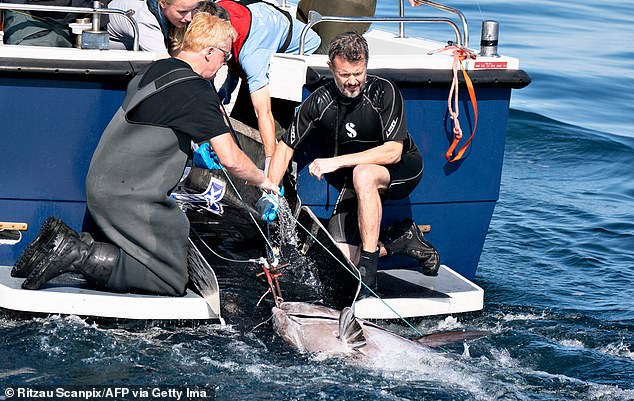 Prince Frederick was joined by Minister of Food, Agriculture and Fisheries Rasmus Prehn, who has talked about a need to get tuna back to healthy levels

Prince Frederick, who is the heir to the Danish throne, has been praised by social media users for actively getting involved in the preservation of tuna in Danish waters.

One person wrote: ‘How many has a future king who is as active as our own Crown Prince Frederik, well done.’ ‘So good project,’ another said.

Today’s project comes after a busy weekend where the royal, who lives at Amalienborg Palace in Copenhagen with his wife Princess Mary, 49, and their four children, visited Aarhus Bay.

The area attracts teams from all over the world who compete in sailing.