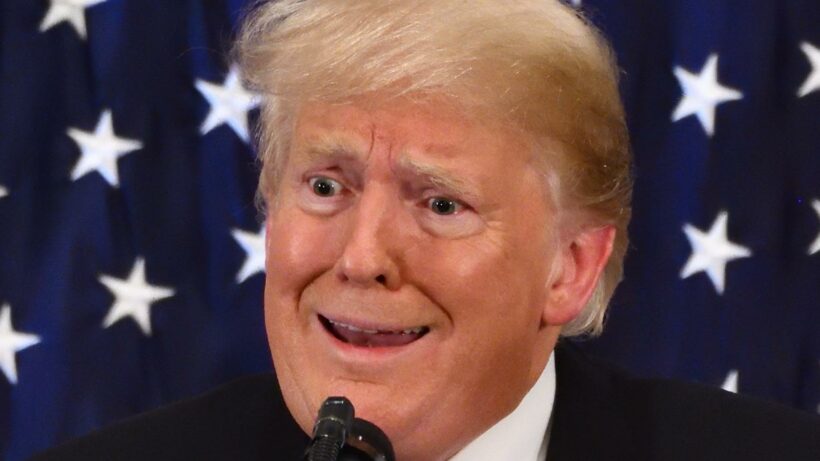 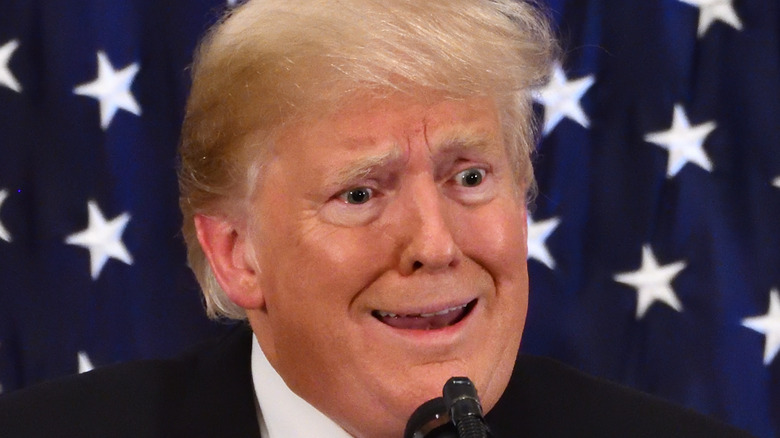 Ever since President Joe Biden took office, his predecessor, Donald Trump, has been reassuring loyal followers that it’s only a matter of time before he takes a seat in the highest office in the land once again. Earlier this month, Trump’s disgraced former press secretary, Sean Spicer, told the Washington Examiner that the former commander-in-chief running again in 2024 was a sure thing. “He’s in,” Spicer claimed, admitting, “A couple of months ago, I wasn’t sure. Now … there needs to be something that will keep him out.” Although it’s unclear whether Spicer actually spoke to Trump, or is simply speculating about his former boss’s intentions, it’s safe to assume the onetime press secretary has at least some idea what he’s talking about.

Trump’s desire to run again appears to be based primarily off the widely spread, yet thoroughly debunked, claim that the 2020 election was fraudulently stolen by Biden. As The Guardian reported at the time, the now-president’s victory over Trump was actually confirmed to be the most secure presidential contest in U.S. history, but Trump loyalists continue to denounce such claims as fake news. Meanwhile, Trump’s former chief of staff, Mark Meadows, echoed Spicer’s comments when he told Newsmax, via The Hill, that they were “making plans to move forward in a real way, with President Trump at the head of that ticket.” Now, the former president’s latest move seems to solidify those claims in the most tangible way to date.

Is Trump taking aim at Biden, or solidifying his desire to run in 2024? 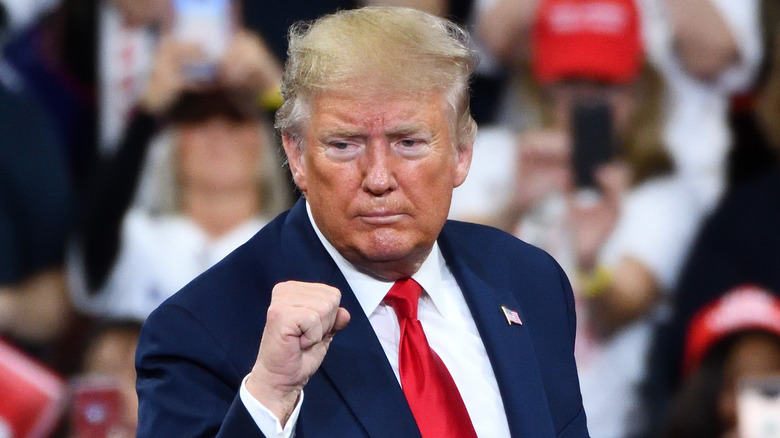 As Fox News reported, former president Donald Trump has been vocal about President Joe Biden’s supposed inadequacies, especially his stance on Afghanistan. Trump even went as far as demanding Biden step down immediately. He followed up his incendiary comments with an advertisement entitled “Failure,” which utilizes a montage of clips and photos to criticize Biden’s work so far, predominantly his decision to withdraw U.S. troops from Afghanistan, which has led to the Taliban taking control of the capital, Kabul, once again. The attack ad reportedly ran very briefly on cable television and was produced by Trump’s Save America PAC, which is currently fundraising off the back of it.

In a subsequent fundraising email, which was circulated over the weekend, respondents were advised, “We told you Joe Biden was not up to the job. Now we’re seeing the devastating consequences of his incompetence.” Although it hasn’t been promoted as such, the television spot, also shared to Twitter, could be seen as the first promotional advertisement for Trump’s 2024 presidential run. An insider noted, “I think it’s an issue that Americans are going to care about for a long time,” of the theme for the ad, which centers on Biden’s alleged mishandling of the situation in Afghanistan. Recent polls suggest his evacuation efforts have negatively impacted the president’s standing with constituents.